The Strategic Issues & International Relations Forum is a venue to discuss issues pertaining to India's security environment, her strategic outlook on global affairs and as well as the effect of international relations in the Indian Subcontinent. We request members to kindly stay within the mandate of this forum and keep their exchanges of views, on a civilised level, however vehemently any disagreement may be felt. All feedback regarding forum usage may be sent to the moderators using the Feedback Form or by clicking the Report Post Icon in any objectionable post for proper action. Please note that the views expressed by the Members and Moderators on these discussion boards are that of the individuals only and do not reflect the official policy or view of the Bharat-Rakshak.com Website. Copyright Violation is strictly prohibited and may result in revocation of your posting rights - please read the FAQ for full details. Users must also abide by the Forum Guidelines at all times.
Post Reply
2851 posts

for troo baki, pathar will do onlee...
Top

Per soonah and sariuh, ju have to do eggsactly the obbosite of kuffar. Hence, read from bottom to top, right to left:

Row Numper 2: (Naaw ju kan set jour golj haigher)
Taktically usj weapons like grenades to lawnch jeehard in the name of the one ummah, one gawd (one pig line, no daat)
Stratejically usj clown jewels to destroy the kuffar in the name of the one gawd, the most highest (one daat and there ij nothing above him)
Ju can enjoy all the captured slave wimmens (many many daats)
Naw ju can be happy (sea smiley ikon

) and impose shariah laa and behead anyone who doej not submit to jour will!
Top

Hakimullah, if ju do naat let inner Bakistaniyat come out, it will lead to a canstipashun theory, for witch Bakistanis are phamous.

Wee shud send LMU resarchaarj to inbestigate! If someone ij claiming to be Djinn, we shud eether wajib-ul-cutlet him, or see iph he trooly ij a Djinn. Imagine wot aar Fizzyks department cud do iph they can uje a real Djinn!

Aljo, my poochh. Can eye tell him to cunt-i-nyoo deep cobher operashuns, by inbhoking Taqiyya? Aljo, can eye do the same? Eye phind the gaana vairy nice... Eye mean interesting!

Is that how nanha mujahids get lucky these dins?
Top

In the first place a man has to actually get an erection when he sees a male bottom. If he can do that then Allah is an ejaculation away.

in sandy regions abdul never sees an ayesha until post halaaling, therephore he launches mijjiles at what he thinks an ayesha looks like, i.e. another abdul
Top

Kareena to catwalk at LFW finale

jazzakallah! Kareena Kapoor to catwalk at Lahore Fashion Week. Take that you Taliban. This is proof that everything is fine in Pakistan. Next should be Sri Lankan cricket team that should come to Lahore. Is this also a sign of Bollywood shifting to Lahore?
Top

iph that ij the kase, she ij most bootyphool khushpoo in LMU, aj per mad maths...
Top

if that is the case, then for the greater good of the jeehard she must be appropriated by the LMU senior faculty, no?
Top

are ju defying the will of teh senior maulers? karephool, a fatwah may be issued againt munafiq like behaviour!!
Top

Lalmohan wrote:what!?!? ju want me to be hanged from lampost?!?!? So dij ijj why Pakhanstan Railways ij in such deep shit

LINK TO THE PROFILE
Top 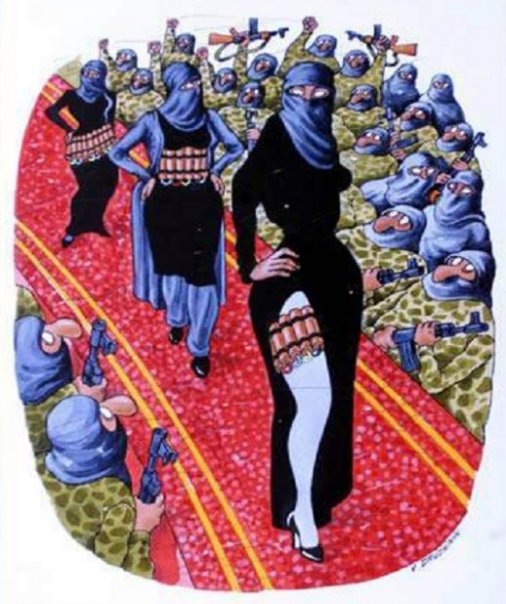