Butt, eye wander why the pious are so unmindfool of the spying by RAA Agints(even bhen they are so easy to spot)? Sometimes, ovur pious faithfools act so foolish...
Top

I can spat the raa agint,
he is the one in LAL(HALAL) topi:D
or ij he the zalil hamid?
Top

I figured he's the gujy who is directly behind zahil hamid. The chap is clean-shaven, looks SDRE and resembles AR Rehman to boot.
Top

Adding 2 and 2, eye am thinking, maybe jahil hamid is a RAA Agint. Now, eye am vary worried. Some see-near-mullah should clarify about thij issue becaz it ij the matter of nashunal impotence...

PS: Theje dins, no one knows who ij RAA and who ij nat. Confujion only.
Top

Or he eej the latesht recruit for the Bharati Samajwadi Party.
Top

In the event of recent tragic plane crash in Pak, India should stop flying all planes. It is good for people and environment.
Top 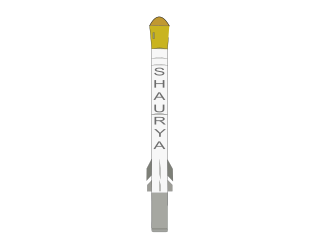 Baki mijjiles uncapped and ready to use quickly!!
Top

The kwestuion, eye ask is how will bakis get their 72 virgins (as pramised in the pook) iph they are naat killed? Be all should all be bhery happy no?
Salam
Top

The gates to get your 72 is via FATA. Watch birader gibing dawa to Hafeez-e-Suar to vijit FATA to get his vija stamped and delivered by nashunal pird to vijit djannat and claim his 72. Maulana is quite conphused. Finally turns around and wants to be selfless and invites birader to also enjoy his 72. (Watch around 4:20

Ya Arrah! Bhat do eye hear? The mijjile yndia tested was developed by wimmens?
Thank Gawd this mijjile is phor the Cheenes.
Top

Learned Maulaners of LMU,
I bring to juar notice this calculated effort by scheming Yankee-Joo-Bania of FP to undermine the authority of LMU by bropagating wrong fartwas which iph implemented will take away the rights of the esteemed Mullahs here in LMU and of the brospective mullahs like moi.

Seks and the Single Mullah [Who say's a mullah is singal hain? he has the hole flock to look afpther ]
BY JOSHUA E. KEATING | APRIL 23, 2012

As Karim Sadjadpour recounts in his new article for Foreign Policy, an obscure cleric known as Ayatollah Gilani had a popular television show in the early days of the Iranian revolution during which he would opine upon the halal or haram status of various outlandish scenarios. His best-remembered went like this:

Imagine you are a young man sleeping in your bedroom. In the bedroom directly below, your aunt lies asleep. Now imagine that an earthquake happens that collapses your floor, causing you to fall directly on top of her. For the sake of argument, let's assume that you're both nude, and you're erect, and you land with such perfect precision on top of her that you unintentionally achieve intercourse. Is the child of such an encounter halalzadeh (legitimate) or haramzadeh (a bastaard)?

(It's halalzadeh in case you were wondering.)

In another famous broadcast, Gilani allegedly recalled being seksually aroused in the back seat of his chauffeured car after catching site of a few inches of a woman's exposed ankle on the street. Naughty. (its naat naughty joo idiot - seksposed ankles are Kinky)

In his 1961 book, A Clarification of Questions, the supreme leader aimed to set out his position on 3,000 questions of everyday life, though "everyday" might be pushing it for some of them. Most famously, the ayatollah ruled that "If a person has intercourse with a cow, a sheep, or a camel, their urine and dung become impure and drinking their milk will be unlawful." (why ijj it haram if I bite the ear of my goat or the houri i pooch -even my houri does thijj- this fartwa ijj a conspirajjy )

The ayatollah also ruled that "Industrial alcohol used for painting doors, tables, chairs, etc., is clean if one does not know it was made of something inebriating" and, as apparently a fan of rudimentary in vitro fertilization, that "It is not unlawful to introduce a man's semen into the uterus of his wife with devices such as suction cups."

In 2007, Atiya was responding to a question of whether it's permissible for a woman to work alone with a man in an office setting, or reveal her hair in front of him. His not-so-elegant solution was that such an arrangement would be acceptable if the woman fed the man "directly from her breast" at least five times, thus making them essentially family members.

"Breast feeding an adult puts an end to the problem of the private meeting, and does not ban marriage," he ruled. "A woman at work can take off the veil or reveal her hair in front of someone whom she breastfed."

Atiya was widely mocked for the ruling and withdrew the fatwa after he was disciplined by his university, blaming it on "bad interpretation." The controversy prompted Egypt's minister of religious affairs to call for future fatwas to "be compatible with logic and human nature."

"We don't have to take our clothes off to have a good time," promised a U.S. pop hit of the 1980s. Khalil would apparently agree. In 2006, the scholar ruled that being completely naked during seks would invalidate a couple's marriage.

Other scholars quickly disputed the ruling, saying that "anything that can bring spouses closer to each other" should be encouraged. Yet another scholar suggested it was OK for the couple to be naked -- as long as they avoided looking at each other's genitals. (do you know what happened in our cape when we last tried thijj hain ?? - thij is a conpirajjy to destroy the healthy seks-liphes of mullahs

Other clerics disagree, such as Muhammed Saeed of the popular South African Islamic advice website Madressah Arabia Islamia, arguing that "It does not behoove a Muslim to use for such a filthy purpose the same mouth that he/she uses for the tilaawat of the Qur'aan."

In response to a question from a reader about the permissibility of oral seks with a condom, the website IslamWeb noncommittally advises that, "We cannot authoritatively say that this act is forbidden or that the person who does so is sinful, especially with the use of a condom which prevents the impurity from touching the mouth."

Getting frisky in the vegetable aisle

"A woman can get much benefit from these vegetables and other elongated objects," the imam said, listing pestles, bottles, and root vegetables among other suggested implements.
(Conspirajjyyy !!! .... what about the bious mullahs haath, hijj laath, hijj beard , hijj gaotee , hijj goat, hijj ... why are they naat listed hain? ... this ijj a conspirajjy i tell joo !)

A scholar at Saudi Arabia's top religious council got a lot of attention last year for warning that allowing women to drive cars would lead to the "end of virginity."

But the chairman of a renowned Islamic seminary in India took aim last year at an even more insidious threat: Girls on bicycles. "When a grown-up girl goes cycling outside her house, it is bound to result in bepardagi [undue exposure]," he said. "Even medical science has given us evidence to believe that cycling is not good for adolescent girls, physically. Apart from affecting their femininity, it is harmful for their body structure." (Thijj i agree , but the maulaner hiyar ijj naat phully clear - let me explain.. Hoors can ride camels, dankees , horse , goats ... pecause they can ride them back (back to ghar joo phool) but cycles cannot ride the hoors back even if the hoors ride them so hoors cannot ujje cycles to ride. Ijj it cliyar now ?
Regular riding keeps hoors physically phit, imbroves their kamar tone their estructure. )

India's best ever female tennis star and the first Indian to ever win a World Tennis Association event, Sania Mirza , became a huge celebrity in her home country. But, as Mirza came from a devout Muslim family, the standard women's tennis attire of short skirts and tight T-shirts vexed religious authorities, and in 2005, a group of Muslim clerics issued a fatwa urging her to cover up.

"The dress she wears on the tennis courts not only doesn't cover large parts of her body but leaves nothing to the imagination," said Siddiqui. The board suggested that she wear long tunics and headscarves like those sported by Iranian badminton players.

Lady Gaga might not be the first pop star to upset religious conservatives, but her condemnation from Indonesia's top religious authority prior to a planned concert in the country was notable for its specificity. "She is from the West, and she often shows her aurat [genitalia] when performing," Ridwan said, taking offense to the "Bad Romance" singer's "revealing outfits and seksualized dance moves."

Just in case you were wondering how such a pious religious authority came to know so much about Gaga's routine, he claimed he had never seen one of her performances … but was aware of her "reputation." 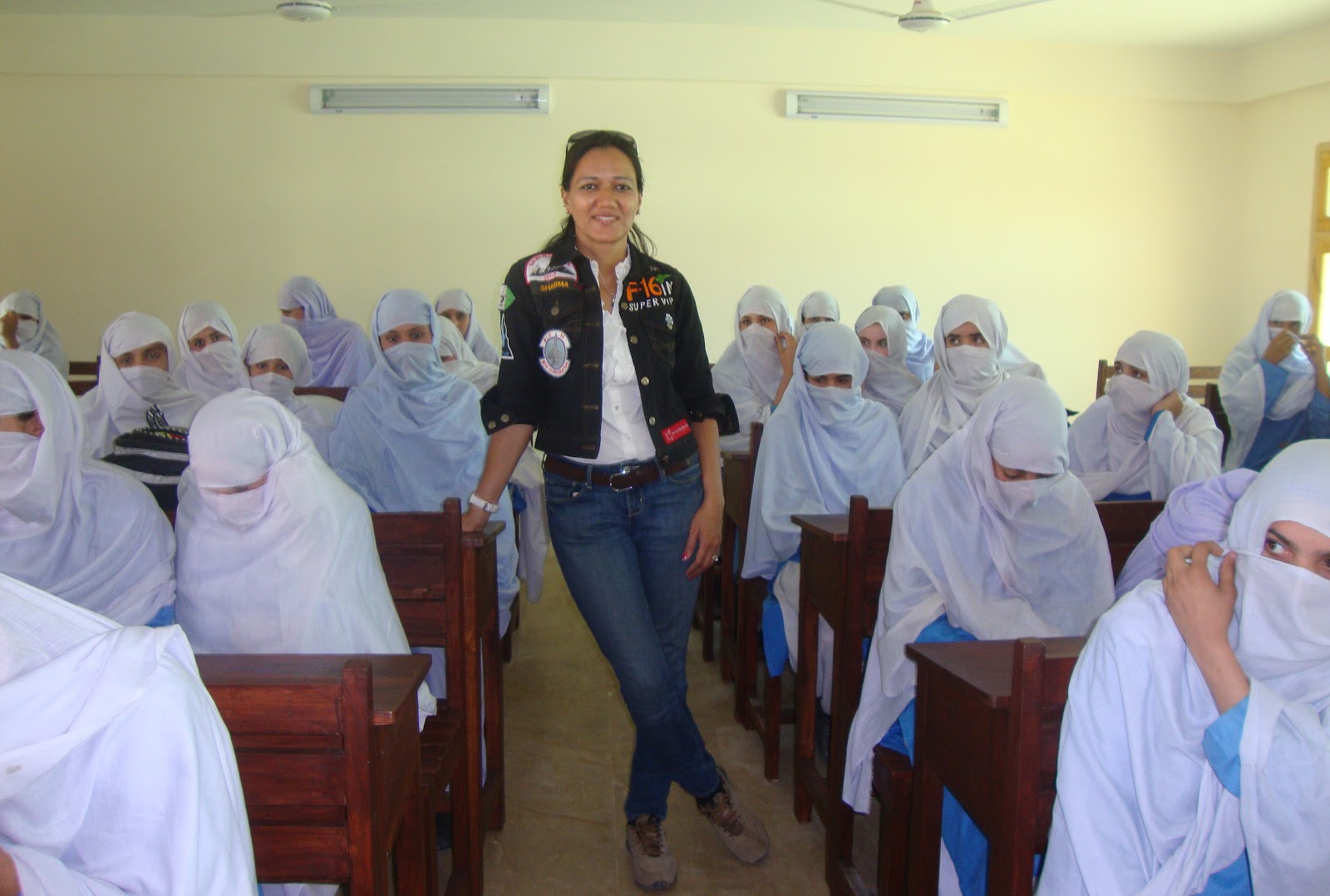 if Hello! Pakistan magajine ij about Bakistan, then why Sean Penn on the cover, hain? it should hab been shah rukh khan or Aishwarya Rai.
Top

Are see-near mullahs aloud to photchor?
Hiyar iz da notice phram the chindits site (bhy doez it saund like pandits. some kanzprazy haz to be there)

I dedicate 'Chindits' to my mentor and guide who has always supported me in all my endeavors and has been instrumental in shaping the defense journalist in me. Kindly refrain from using photographs or text material without prior permission from the blog owner. Please refrain from getting personal and taking names or comparisons, in the comments section, and kindly stick to the issue and focus on the subject of debate and discussion.

Sushupti-ullah, how can dij be our Matrimoney, where are the Goats and the Donkeys