The Strategic Issues & International Relations Forum is a venue to discuss issues pertaining to India's security environment, her strategic outlook on global affairs and as well as the effect of international relations in the Indian Subcontinent. We request members to kindly stay within the mandate of this forum and keep their exchanges of views, on a civilised level, however vehemently any disagreement may be felt. All feedback regarding forum usage may be sent to the moderators using the Feedback Form or by clicking the Report Post Icon in any objectionable post for proper action. Please note that the views expressed by the Members and Moderators on these discussion boards are that of the individuals only and do not reflect the official policy or view of the Bharat-Rakshak.com Website. Copyright Violation is strictly prohibited and may result in revocation of your posting rights - please read the FAQ for full details. Users must also abide by the Forum Guidelines at all times.
Post Reply
1861 posts

BENIS misses its long time contributor....
PEEHOLD.. YOU KAFFIRS ... AoA
From the mouth/mussharaf of the ghazi himself ...

All Ummah agrees on the authenticity and truth of Ghazwa-e-Hind! Death to Khawarij and Mushriks!
Posted on December 29, 2014 by Believer
By Syed Zaid Zaman Hamid

Read this post by a pro-Mushrik deobandi. Is there any doubt left now that they are Mushrik agents and their duty is to protect Mushriks and Hindus of India?? For the last 7 years, I am facing this line of attack and arguments from top deobandi Mullahs. I dont care what they call me but I will fight with my sword if they try to reject Ghazwa e Hind ahadees and try to defend Mushriks! This is NOT forgivable. All those of you, who defend deoband, should take sides now. Stop teaching me to stay silent. Stop your brothers from barking against Ghazwa e Hind and stop defending Mushriks!!

This is the reason why I am against Some Deoband Mullahs – they support Mushriks, reject Ghazwa e Hind and support Khawarij!! These are NOT the signs of Muslims but the signs of Dajjal!!

“Very soon, Allah will unveil zaid hamid’s true face. The youth of Pakistan will soon come to know about his real mission of manipulating their minds by self explained verses of Qur’an and ahadees for preparing a militant army of Pak youth, provoking them to become warlike nation against India. Misinterpretation of daeef hadees about ghazwa e hind is one of his misleading quotation, not even mention sahih muslim or sahih bukhari. Which mean ”jang” (war) because Hazrat Mohammad SAWW can not physically participate in any war now.

Zaid hamid has limited time. He must have to call his false shiekh (maluoon) Yusuf as KAZZAB, and must repeat the words of other muslims who follow the true guidance…! Shabash!!! Who believe in Khatm e Naboowat. Other wise wrath of Allah will be upon him”

Now you know why Khawarij, Hindus Mushriks and their brothers in Congressi Deobandi Ulama attack this Faqeer — It is because of Ghazwa e Hind !!

Ahadees and concept of Ghazwa e Hind is more dangeorus weapon against Mushriks, even more dangerous than our nuke missiles. That is why Khawarij have been given this duty to attack this faqeer, call him a Kafir, Qadiani etc to destroy the concept of Ghazwa. NOT a single Congressi Deobandi Alim in India or Pakistan teach about Ghazwa e Hind !! Why ?? Now you know why ..

Here we present a detailed booklet by a Mufti of ahl sunnah, for all those who want to know the ahadees in detail. Only Khawarij, Mushriks and their brothers will say that I have created these ahadees myself… All Ummah agrees to the authenticity and truth of Ghazwa e Hind ! Labbaik Ghazwa e Hind ! death to Khawarij and Mushriks !!

Raakit mard eij misled by djins to fall on goats. Because goats have uncovered ankles like uncovered meats.

First jihad is to make mujahid wear darkerst shade of green. And cover ankles of goats.

Wishing a VERY PAKISTANI YEAR to ALL PAKISTANIS Bakistan/Bakistani is confirmed by Daily Times: Al Bakistanis and the stupid look
Top

is it recession time in hoor-e-jannat ???
Top

Jisamfaroshi in Al Bakistan:
Bakistani rundee ij very upset that customer ij naat taking her to a hotel room or a flat and asking her qwestions. She wants him to take her to a flat ASAP and 'do' what waj decided upon. Plij see from 8:50 onwards

^^^ That ij the job abblication line for wahabi jihadis for cashmere. Note the yellow line beyond which ij the yellow sea.
Top

[youtube=>]dWOx6KUnhM0[/youtube][/<=quote]
He haj juss disclosed, in secret Pakistani lingo, that he eij to catch Raa agints in while in Hindoostan.

He eij to find beepul who eij green phrom outside but Hindoo dark saffron red from inside, like Amrood.

He eij come back and sell namej oph raa agints.

Saari,
I am apolgizing arleady
I did naat apply Piss be Upon Him aphter Hazrat Jahil Ham-ied (Piss be upon him) 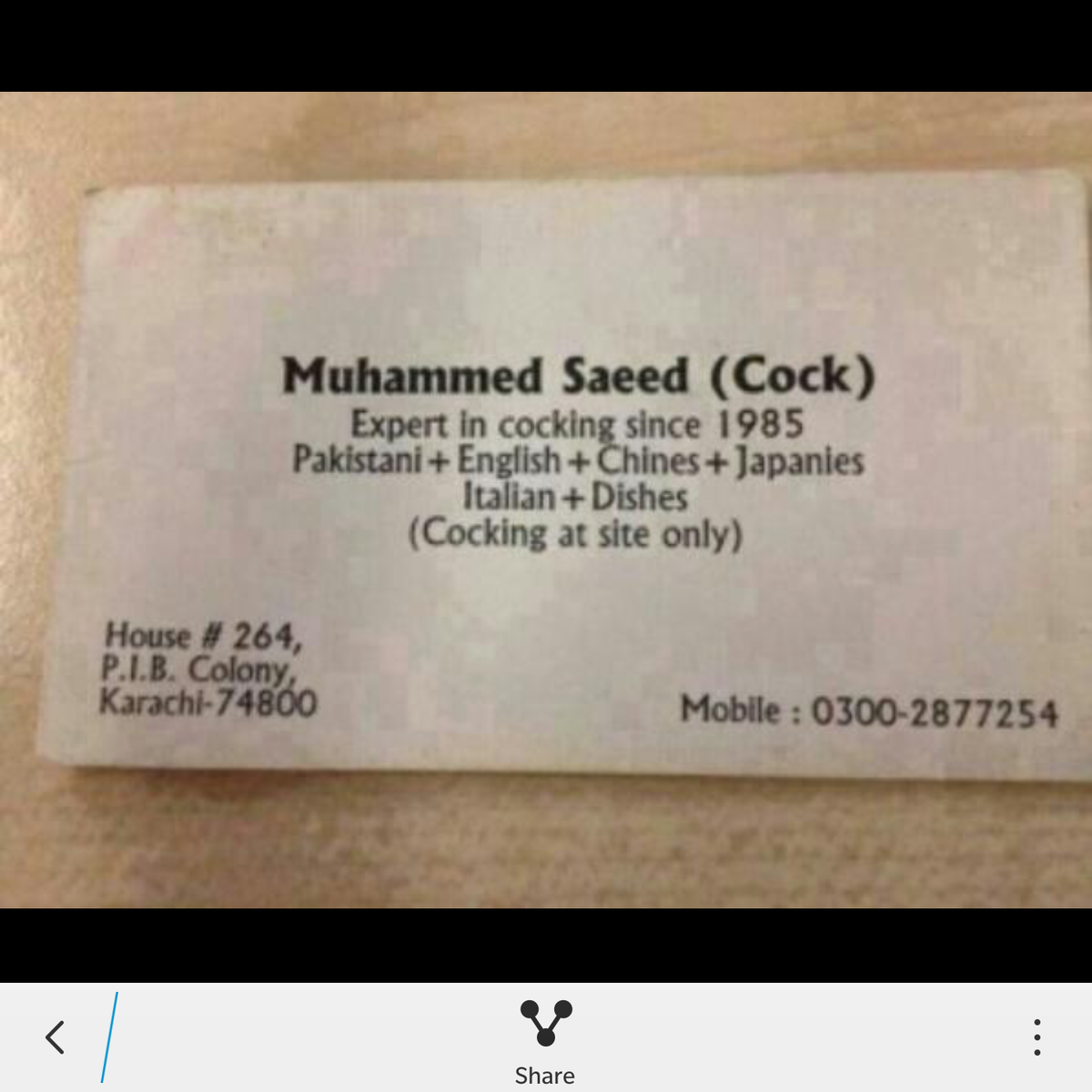 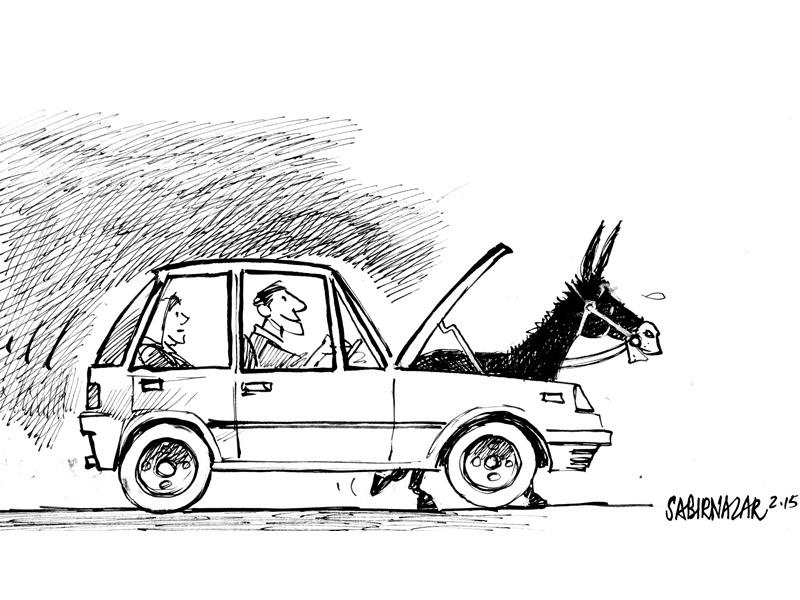 This year, it will be celebrated on 19 February. Each year has a designated animal in accordance to the traditional 12-year Chinese animal cycle, and the year starting 19 February will be the Year of the Goat.

General Sharif appeared flustered. Former general Musharraf had told him over golf a few days ago that back in his time - and in Zia and Ayub's time for that matter - the Americans were a lot easier to deal with. They just wrote the cheques and then trusted you to get the job done. But that dashed Homeland, and a spate of anti-Pakistan army books - many written by women! - had changed all that. Women! Women would never understand the ethos of the Pakistan army. They had no business writing entire books on it, he felt.

Y'all must have read of the great petroleum products shortage in Pakistan, due to no one paying what they owe (the electricity consumer to the power company, the power company to the Pakistan State Oil, PSO to the refiners, the PSO to the external providers, etc., etc.).

Anyway, guess what category of petroleum product they are missing the most?

Has to be Vaseline.
Top

Lol. Lot of bakis would be butthurt because of this.
Top When allah eij meharban, then Gadha ij pehelwan over motorcycle!

I pooch, why eij bakis gathering around petrol pupms? Eij not bakis want to be like their POOBAH in 7th century or are they want to find Aalla most bowelful most merciful in there?

We hap eben lept our Arap four fathers behind ! RAW kamil? Instead of men in blue, be habe kamil in blue!
Top

RCase wrote:RAW kamil? Instead of men in blue, be habe kamil in blue!

Joo, Nanha Muj !!! How joo naat recaagnise AL Father of Bakistan !!! AL father in plue means bakistan haj got plue water navy. Al father will take the jarnails on his back and sail the high seas to spread bakistaniyat across the bacific .
Top

Juice beware, another hollow cost is awaiting you. Hitlor was right. 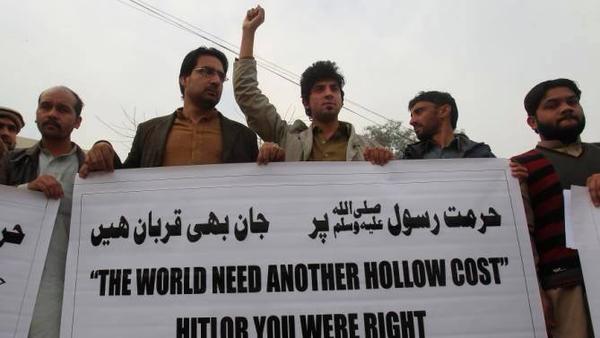