The Strategic Issues & International Relations Forum is a venue to discuss issues pertaining to India's security environment, her strategic outlook on global affairs and as well as the effect of international relations in the Indian Subcontinent. We request members to kindly stay within the mandate of this forum and keep their exchanges of views, on a civilised level, however vehemently any disagreement may be felt. All feedback regarding forum usage may be sent to the moderators using the Feedback Form or by clicking the Report Post Icon in any objectionable post for proper action. Please note that the views expressed by the Members and Moderators on these discussion boards are that of the individuals only and do not reflect the official policy or view of the Bharat-Rakshak.com Website. Copyright Violation is strictly prohibited and may result in revocation of your posting rights - please read the FAQ for full details. Users must also abide by the Forum Guidelines at all times.
Post Reply
102 posts

All major European news-papers have story about IYD. German,Italian,French and spanish.
Top

Please post references to such articles from those papers.
Top

I am waiting for Muslims to pull a theory out of their musharraf that Yoga was actually invented by MightyMo of Arabia during one of his verbal diarrhea sessions and how the evil Hindoooos stole it.

Only then will it become halaal to practice.

Patanjali was probably from NW--punjab or KP, jahiliya-era pakistan.
Top While searching for yoga day images, I found that there are images of yoga day in portugal from 2006 onward.

Nearly 36,000 People Set a Record In India for the World’s Biggest Yoga Session

I won't post the snide farticles from CNN or NYT - bunch of inbred libtards.
Top 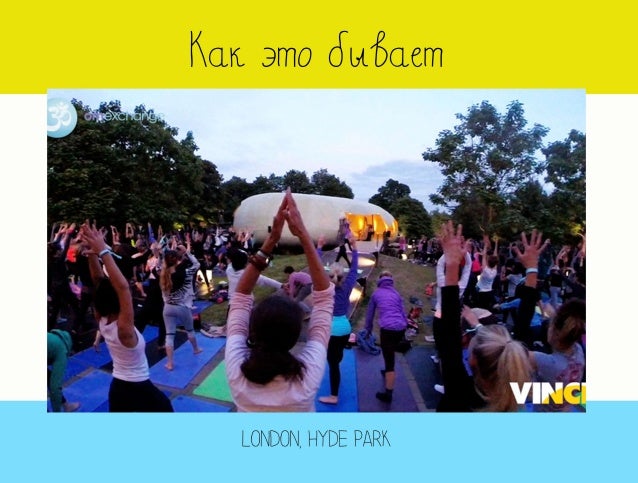 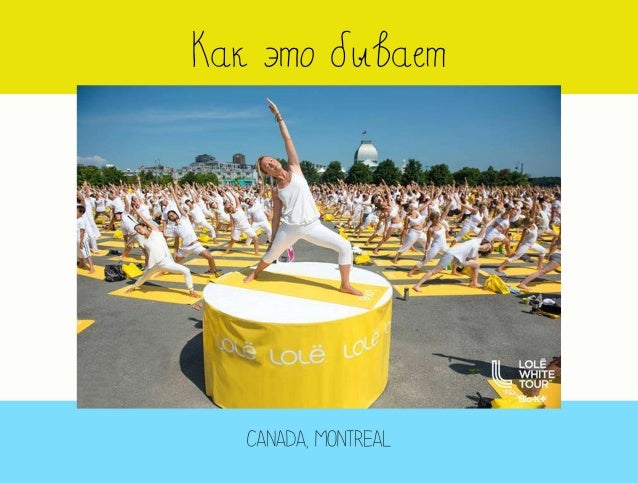 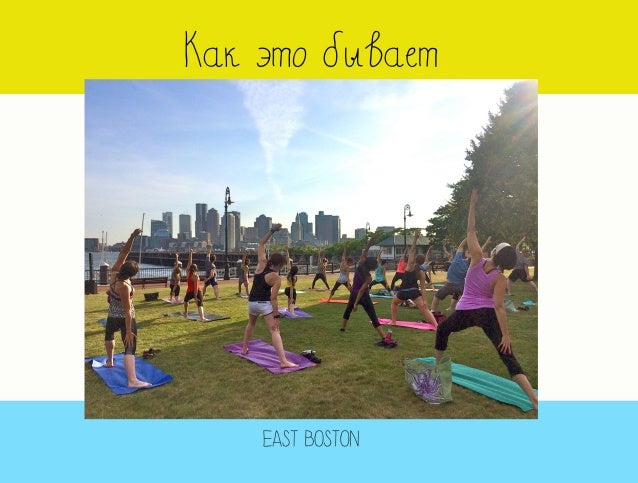 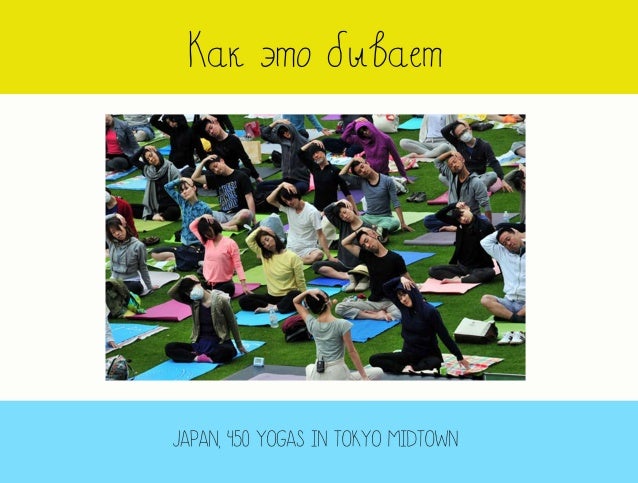 Martina Hingis Verified account
‏@mhingis
What an inspiration to everyone, @narendramodi Have to start again too, great for health and wellbeing..
Top

Only some Indians seem to be concerned about doing Sun salutations. While Christians in America and Europe do not mind it at all.

“People are so excited to be part of the yoga scene in Minneapolis because it seems to be a really strong community and a strong group of people,” Gray said Sunday.

From the popular Vinyasa, a flow for people who like to be active, to the most challenging hot-room poses, there’s a type for just about anyone in the Twin Cities, she said. “People worry it’s a fad, but my answer to that is that it’s at least 5,000 years old — a very old fad.

As of 2014, yoga is a $27 billion industry with more than 20 million practitioners in the US alone, according to the Post. Americans spend up to $11 billion a year on yoga classes and gear, including pants, mats, blocks, and bags, according to the Economic Times.

“Yoga has come to be seen as something of a panacea for the ailments of modern society,” according to the Post. “And in many cases, the timeworn technique is the perfect antidote to the modern speed of life that’s created a culture of stress and burnout.”

There is Bikram Yoga center in MH.

MORGAN HILL -- Like prayer rugs, the mats were unfurled Sunday morning on grass still wet with dew, as pilgrims streamed into Community Park for the inaugural Morgan Hill Yoga Festival.


The crowds were a sunrise surprise to the event's organizers, who had been warned that Father's Day would probably keep attendance low -- something the United Nations had evidently failed to take into account when declaring it the first International Day of Yoga.

"We were told we were swimming against the current," said Deepak Sridhar, one of the event's planners, "so I was quite stupefied to come out here at 8 a.m. and see more than 200 people on yoga mats."

Leanna Immel, of Santa Cruz, leads a group of children in an introductory yoga session at the Morgan Hill Yoga Festival at Community Park in Morgan Hill, Calif., Sunday, June 21, 2015, on the observance of the first International Day of Yoga. (Karl Mondon)


By mid-morning, there were an estimated 500 enthusiasts in the grassy enclosure set aside for YogaFest, doing Pranayama breathing exercises, meditating and sipping fermented coconut juice. There was music -- traditional kirtan chanting, plus a yoga-inspired rap artist -- and there was even "laughter yoga."

"For a lot of people, yoga is about postures, about the body," said Raj Murtinty, who works with the nonprofit Art of Living Foundation, the event's primary sponsor. "But the essence of yoga is the union of body and mind. If you can control the mind, you can control the body."


José Miqui's body was mired in a slump two years ago, when a Kaiser Permanente doctor offered him a choice between prescription drugs or yoga classes. "I was totally stressed out and feeling down," recalled Miqui, 62. "The breathing practices they presented in the class reconnected me with my energy. My blood pressure went down."

A software engineer at Hewlett-Packard for the past 34 years, Miqui continued to practice even after his body healed. "There is a spiritual connection,," he said. "With yoga, I can go to the divine part inside of me."

He went online to register for a yoga festival on the same day in San Francisco, but when his ticket arrived it said Morgan Hill. "The universe wanted me to be here today," said Miqui, who was the star of the laughter yoga workshop, unleashing a long, loud and completely silly laugh that echoed through the surrounding hills.
"For several years, I was laughing a lot," he said. But stressful events robbed him of his laugh. "Coming here today really energized and activated that part of me," he said.

The festival was intended to activate all seven of yoga's limbs in the public's mind, not just the physical one that dominates the studios in strip malls and health clubs. "This is not about some crazy hippie movement in the '60s anymore," Sridhar said. "This is about equipping ourselves with tools for our own physical and mental wellness. Some people think it's about religion, or for women walking around in cute yoga pants. None of this is true!"

Amber Masoni drove over from Davis to attend the event with her father, Riccardo, a recent convert to Bikram yoga, which is practiced in 110 degree heat and 40 percent humidity. But with temperatures in the low 80s, the weather was too perfect for that kind of suffering.

"I love yoga, and part of yoga is sharing it with other people," Masoni said. "Especially today, since it was Father's Day, it was really awesome."

Everyone there seemed to think so.

CR, Download the symbol and get your local T shirt printing shop to print on Hanes T-Shirts. Same time get quantity rate and do a fund riser for Ekal or any good charity.
Top

While Christians in America and Europe do not mind it at all.

there are ej's in USA who have khujli about their kids doing this...hence the 'christian yoga' etc. does not happen anywhere else even in devoutly christian S.American catholic nations, to my knowledge..
Top

New Delhi: The Ministry of AYUSH (Ayurveda, Yoga, Unani, Siddha and Homoepathy) in its Yoga Protocol booklet distributed to participants in India and abroad has attributed the origin of Yoga to Lord Shiva, the third of the Trinity in the Hindu pantheon.Says the protocol: "Brief history and development of Yoga: The science of Yoga has its origin thousands of years ago, long before the first religion or belief systems were born."'According to Yogic lore, Shiva has seen (sic) as the first yogi or aadiyogi and the first guru or aadiguru. Several thousand years ago, on the banks of lake Kantisarovar in the Himalayas, aadiyogi poured his profound knowledge (sic) into the legendary saptarshis or 'seven sages'.'These sages carried this powerful Yogic science to different parts of the world including Asia, the Middle East, northern Africa and South America. Interestingly, modern scholars have noted and marvelled at the close parallels found between ancient cultures across the globe. However, it was in India that the Yogic system found its fullest expression.""Ágastya, the saptarishi who travelled across the Indian subcontinent, crafted this culture around a core Yogic way of life.'"Yoga is widely considered as an ""immortal cultural outcome"" of the Indus Saraswati Valley Civilisation - dating back to 2700 BC - and has proven itself (sic) to cater to both material and spiritual uplift of humanity.
""Though Yoga was being practised in the pre-Vedic period, the great sage Maharishi Patanjali systemalised and codified the then existing Yogic practices, its meaning and its related knowledge through Patanjali's Yoga Sutras.

While the anti Hindu political left and its supporters are excited by this article....someone posted this on facebook and I went postal on them. Ha Ha!

No, Yoga Does Not Cure Any Disease

amazing how one man's initiative has reached so many people...
Top

Manny wrote:While the anti Hindu political left and its supporters are excited by this article....someone posted this on facebook and I went postal on them. Ha Ha!

No, Yoga Does Not Cure Any Disease

Look at the first reply to you by Satish Chandra -

Vikramaditya, A whole lot of rhetoric, but nothing in way of citations. Unfortunately your comment is all talk and no substance.

These western turds are hiding behind peer review nonsense. Shiv saar and many in the current OIT thread and also in the last one have rightly questioned this peer review nonsense. Citations is what Satish Chandra asks. Unfortunately, that which is not explained by western science is considered as hocus and these sepoys are internalising it. survival forces the madrrassa brainwashing to defend their masters.
Top 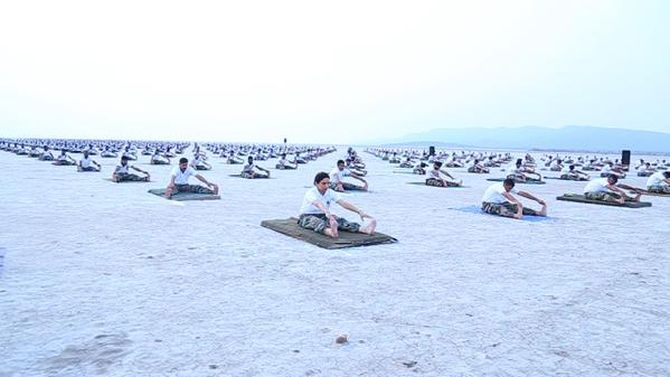 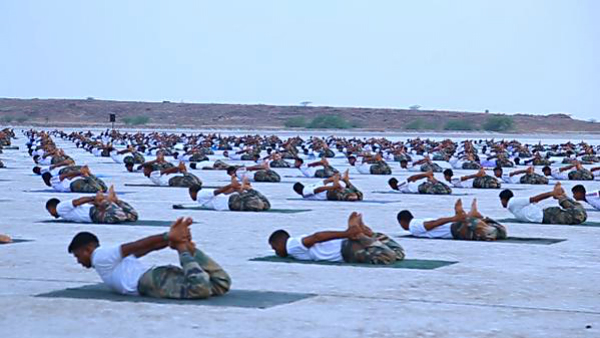 Gus wrote:amazing how one man's initiative has reached so many people...

True. Modi just helped claim ownership of Yoga for India (where it rightfully belongs), otherwise it was very close to being digested. Looking at the silent spread of Yoga is illustrative of how during the Chola era, Indic philosophy travelled to the so-called far east, without any rampaging hordes. There is no entry criteria, by doing Yoga, one walks the path of becoming a Yogi.
Top

Users browsing this forum: No registered users and 14 guests