The Strategic Issues & International Relations Forum is a venue to discuss issues pertaining to India's security environment, her strategic outlook on global affairs and as well as the effect of international relations in the Indian Subcontinent. We request members to kindly stay within the mandate of this forum and keep their exchanges of views, on a civilised level, however vehemently any disagreement may be felt. All feedback regarding forum usage may be sent to the moderators using the Feedback Form or by clicking the Report Post Icon in any objectionable post for proper action. Please note that the views expressed by the Members and Moderators on these discussion boards are that of the individuals only and do not reflect the official policy or view of the Bharat-Rakshak.com Website. Copyright Violation is strictly prohibited and may result in revocation of your posting rights - please read the FAQ for full details. Users must also abide by the Forum Guidelines at all times.
Post Reply
524 posts Is there a number where we can request authorities to check if things are alright? My friend's family was last contacted and was on the upper floor but there has been no contact since. This was yesterday. Not reachable by phone today.
Top

Thanks. I will check that out.
Top

not good at all!
Top

SwamyG wrote:For some reason the takleef of millions seem to have been brushed aside.

Saar, this is what I was trying to express in Nukkad, when two mods descended on me with logic

. What to do onlee, had to beat a hasty retreat

. But such events defy logic, and my ask was just a simple ack from the GoI to the ~100 people already dead and more marooned in the previous spells. At least now, GoI has openly swung into action, so no more complaints from me. But there was a time last month when people had wondered if GoI also based their decisions by watching the so-called "national" media 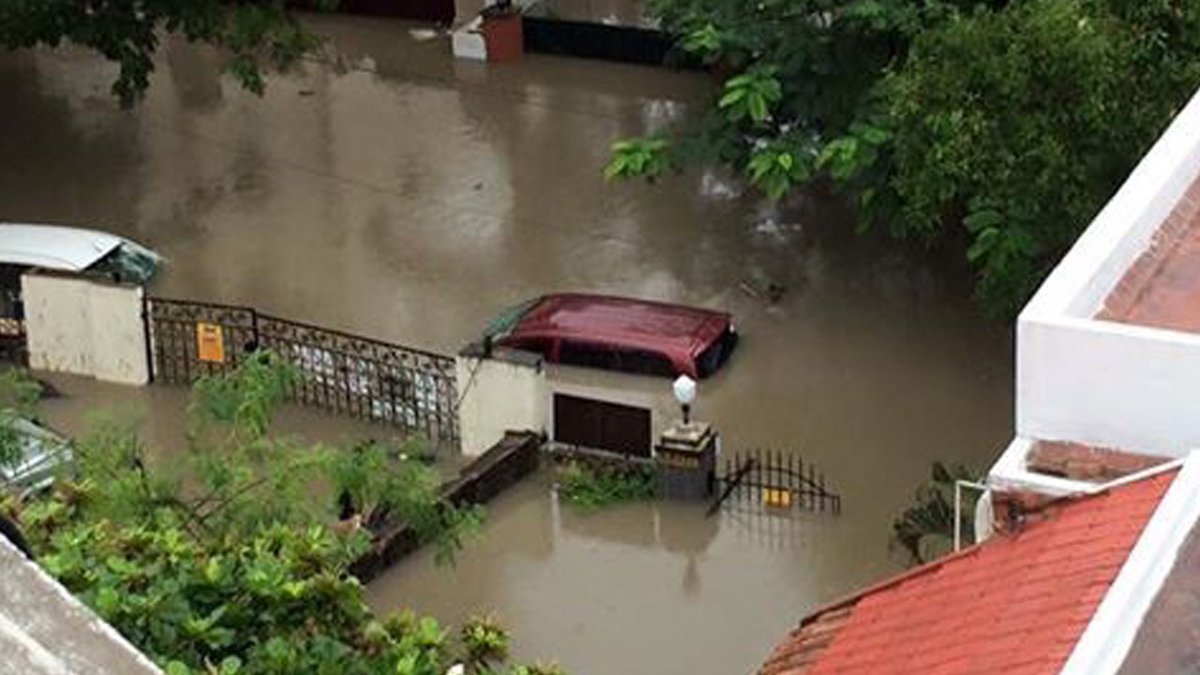 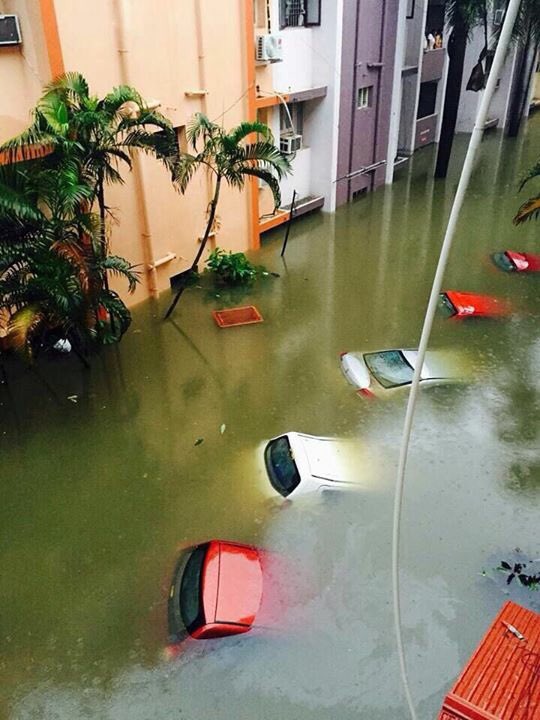 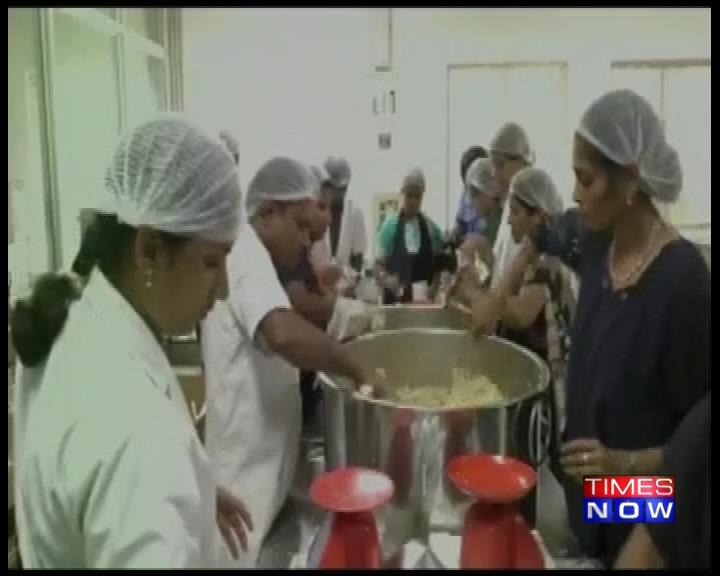 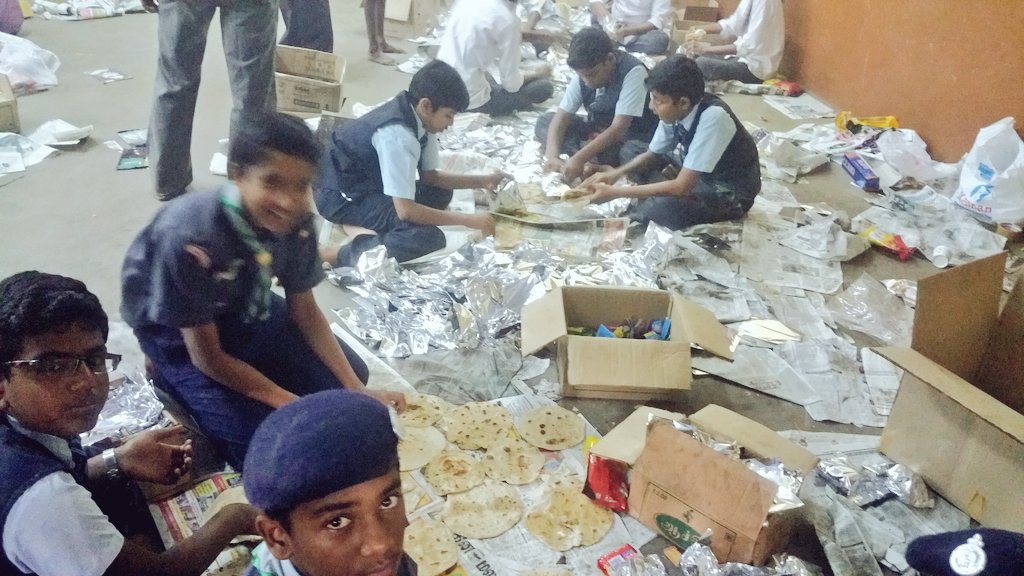 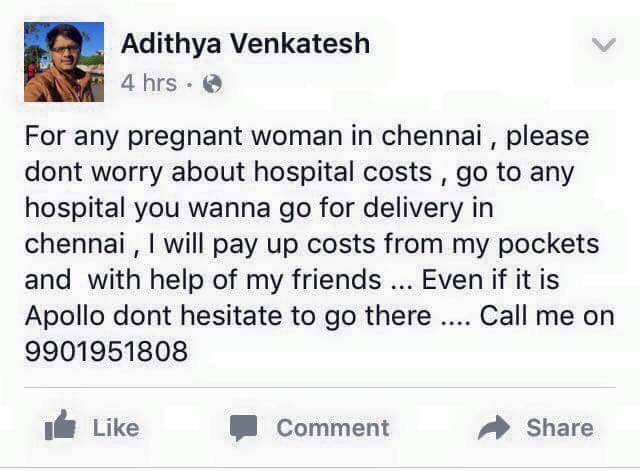 Siddharth seemed to have done quite a bit, lots of kudos on SM. 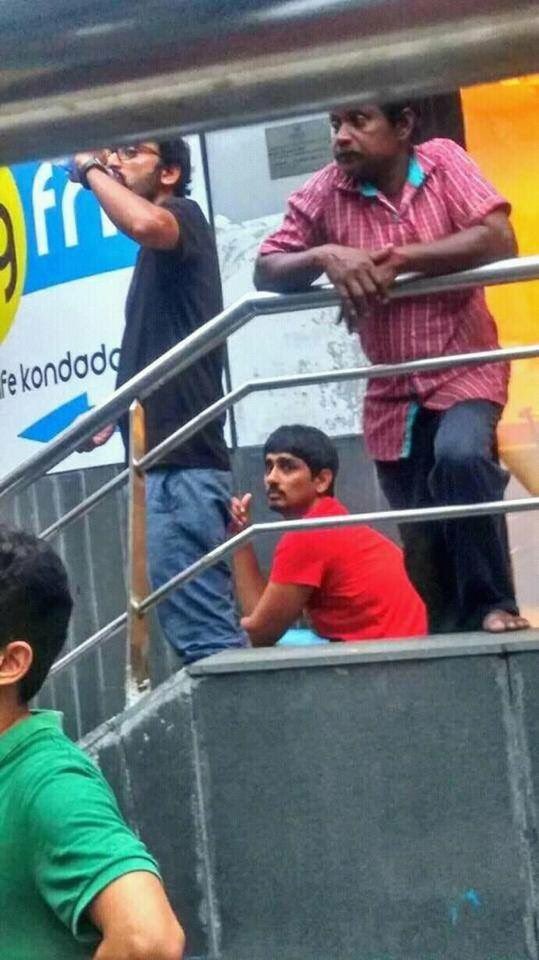 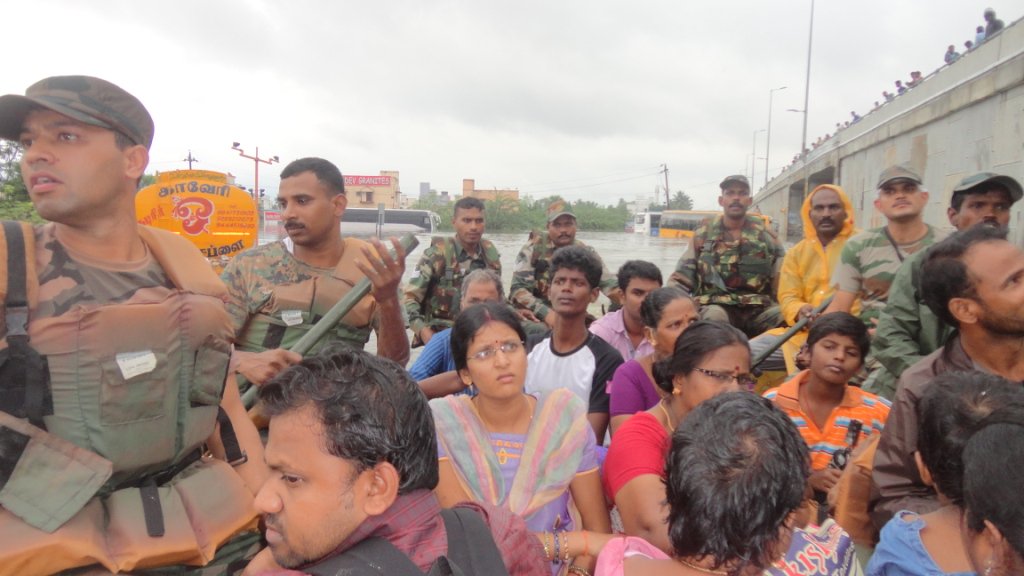 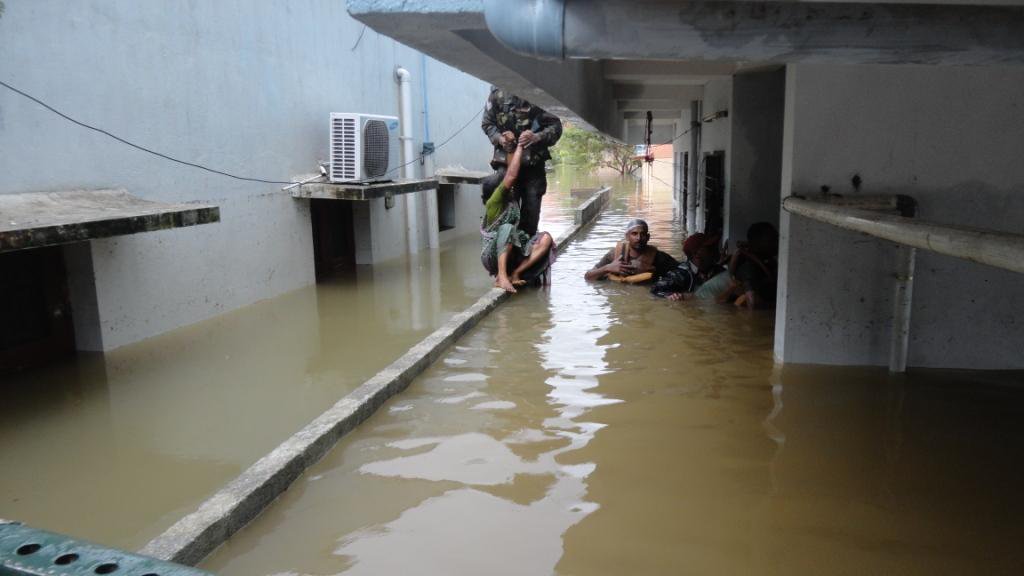 It's extremely heartening to see the twin babies and mother being rescued.
Top

I wonder if even massa style drainage would have saved Chennai from this deluge. Stay safe my TN biraders.
Top

you can't say that just by looking at the deluge. as they say, little drops of water make a mighty ocean.

let us safely assume now, that MASSAN STYLE DRAINAGE WILL HELP CHENNAI from this type of deluge in the future.

It is not just about one link or drain here or there. It is a systemic correction that is needed and designed after.
Top

LokeshC wrote:I wonder if even massa style drainage would have saved Chennai from this deluge. Stay safe my TN biraders.

Doubt it, SaiK saar's hope notwithstanding. All systems are designed for a particular capacity, which is based on averages. Anything exceeding the average will lead to flooding. Here, we had 3 times the average amount of rainfall in the wettest month of the year (source: IMD Chennai), that too in a span of a week. The best thing to do then is to ensure the flooded waters drain as quickly as possible. Admittedly, there is work needed on that front, and massa style infra will help that drainage. Won't prevent flooding though. The same massa infra does not prevent flooding everywhere, does it? I remember this one instance very clearly, when the interstate I-5 went under due to a local tropical storm. One might also want to look at the amount of rainfall that caused the flooding and compare with the stats below.

Re-posting the stats from the previous page to give an idea about capacity:

SwamyG wrote:For some reason the takleef of millions seem to have been brushed aside.

Saar, this is what I was trying to express in Nukkad, when two mods descended on me with logic

. What to do onlee, had to beat a hasty retreat

. But such events defy logic, and my ask was just a simple ack from the GoI to the ~100 people already dead and more marooned in the previous spells. At least now, GoI has openly swung into action, so no more complaints from me. But there was a time last month when people had wondered if GoI also based their decisions by watching the so-called "national" media

It makes me wonder if it was the proverbial frog being slowly boiled in water. Following friends and family in Whatsapp group, the rain and its problems were being discussed in mid November itself. It was bad per what I read on the messages; there was a photo of a snake sitting on a toilet. I thought it was photoshoed. Lots of jokes were going around about the plight of people. Schools and offices were being closed, but lots of humor was still around - there was not a sense of panic. There were 100 deaths by this time.

Slowly things started changing, each rain brought more problems. I think the last rain tipped it over. You need to know there is Save-Modi-Brigade in every corner of this World

. So if you ranted in nukkad, your choice of words did not go properly I guess. I tweeted a few times to Sri Modi Garu and his office onlee. Nammala moodichandu avalo dhan.

Somebody in FB, had posted a tweet of Actor Siddarth who called out the national attention. The actual Madrasis are still not blaming anyone for the most part.

The total has reached 269 deaths so far. I cannot imagine cases where water is well past the ground floor.

arshyam and others. The Big Data here should guide further designs.

I have become like Modiji.. I'm not going to give up on this saga!
Top

Got this from NDTV. Wow, is this real and the current havoc? 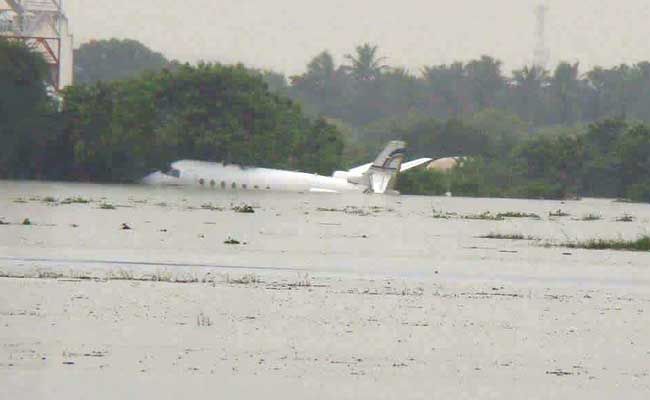 arshyam wrote:Re-posting the stats from the previous page to give an idea about capacity:
[/code]

As per skymetweather.com: In just 3 hours, from 8:30 am IST on December 1, Chennai recorded 73 mm of rain.
Top

This guy who would have been called a failure by many people, who had troubled childhood, is now teaming with Siddarth & Chinmayi Sripaada to help people help others. Wow.

SwamyG wrote:Got this from NDTV. Wow, is this real and the current havoc?

Something doesn't jell correct here. Is it trees on top of it? Or is it my eyes need a doc check?
Top

what a voice chinmayi has! god bless her. hope she can sing for this flood that can easily donate 100 crores.
Top

The Adyar river runs inside the western side of the airport. Part of the secondary runway is actually is over the runway
Top

ELM channels have started blame game even while rescue efforts are underway.

And interrupt military officers to get sound bytes.
Top 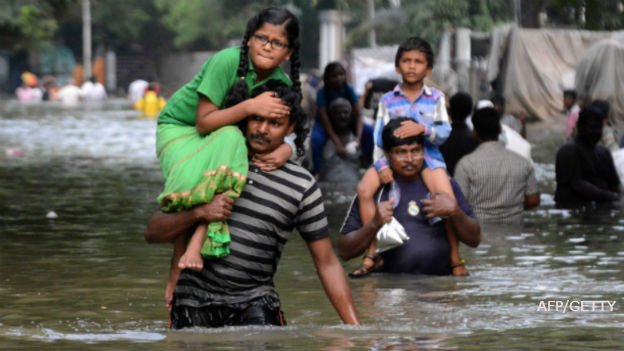 interesting to note here, people are moving both directions. 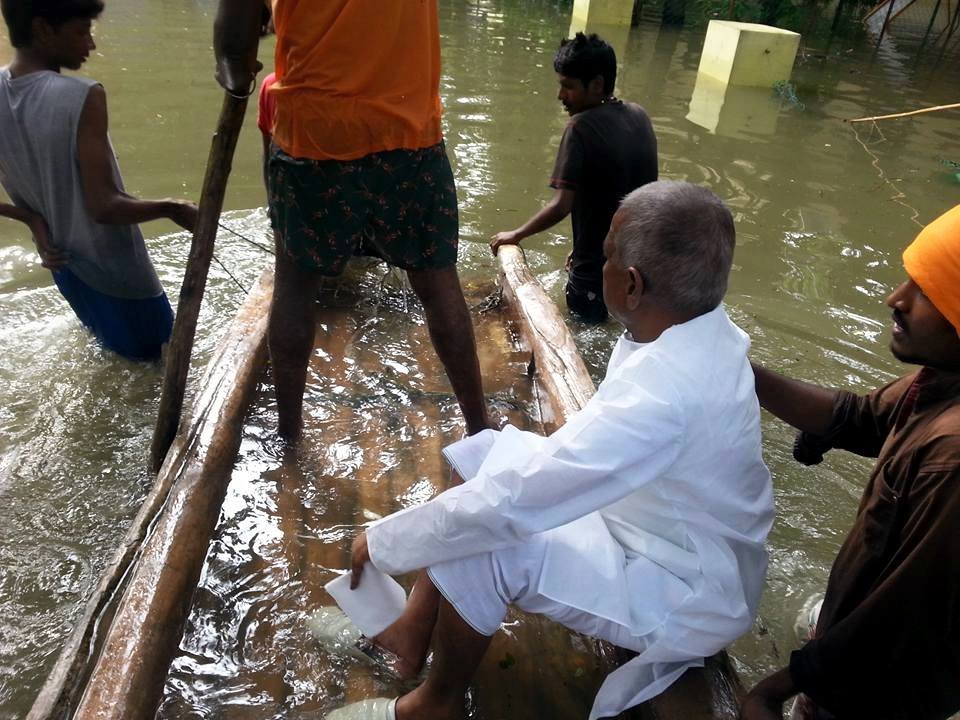 The genius Ilayaraj on rescue mission 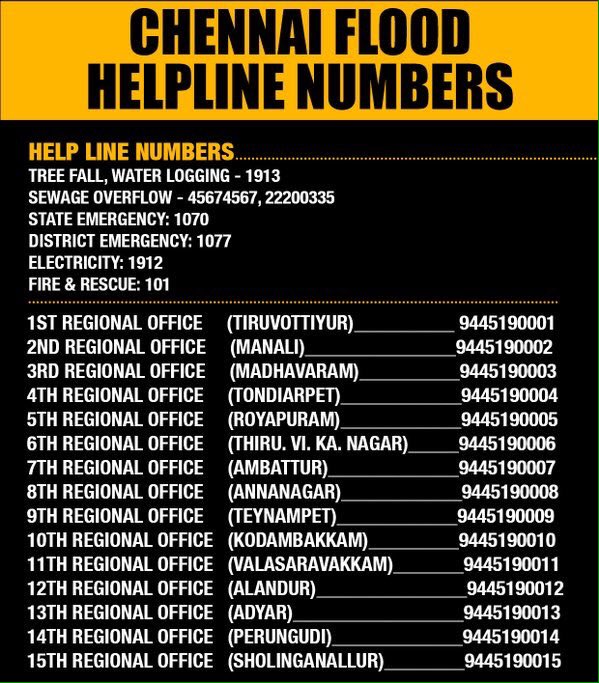 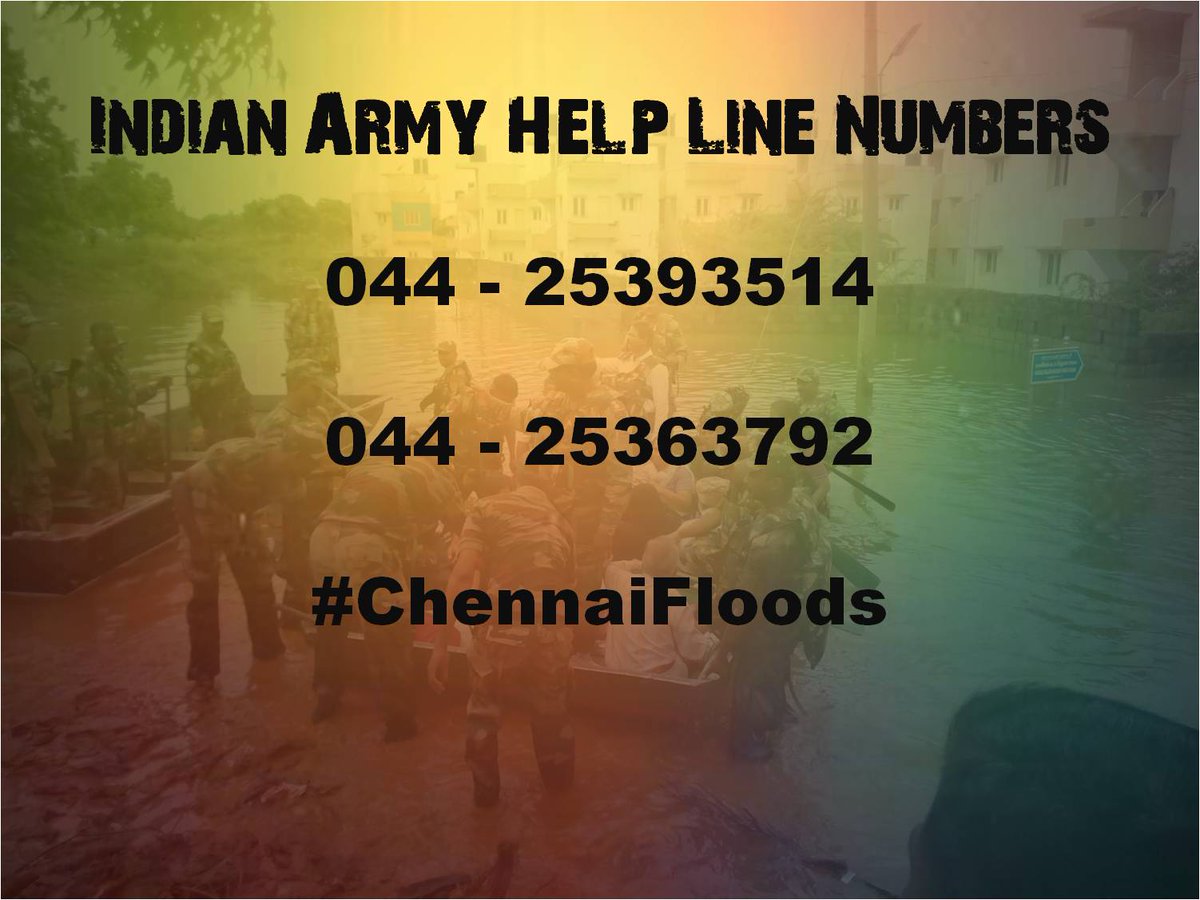 How much ever well meaned, activists should stop writing in BBC types of organizations: http://www.bbc.com/news/world-asia-india-34992004

I am feeling extremely sad and depressed looking at the loss of lives and destruction.

I am not able to connect to one of the cousins in Chennai. All accounted for except him and nobody knows where that fellow is! Last was in Tambaram which has been severely affected. Just hoping for the best for everybody.
Top

Disha hope he is well


I lost my cousin to the mumbai floods

Its best to stay put in times like these
Top

Surya wrote:for some god forsaken reason - decided to make it back home by foot and fell into an open manhole -

Its best to stay put in times like these

pray, he is heard disha. so far, everyone I know directly is safe now. I haven't heard from few I normally don't keep in touch. we just hope, this rain stops for now. but, it might be highly unlikely seeing this radar map
http://www.accuweather.com/en/world/satellite /zoom in.

unless some heavy winds change the direction away from Chennai down south.

surya, sad to know.. that is something we have to tell. and also note down for future designs. No drains channels/manhole on the roads but only over the drains and clearly marked like within 4 feet from the edges. this standardization is needed so that, everyone knows where these manholes can be.
Top

Disha
Which part of Tambaram. The eastern side is pretty ok. The IAF station on the eastern side is from where rescue is being cordinatedEven on the western side Army has rescued a lot of people. Mobile network and power is down but death toll is very limited in that area.
[url]https://m.facebook.com/story.php?story_fbid=897315330360529&id=218550298237039
[/url]
The issue now is loss of livelihood, essential commodities and safe drinking water.
Top

Are the bridges over Adayar functional (Saidapet, Kotturpuram and ADayar-near Theosophical Society)?
There is a picture showing Saidpet bridge was crested- meaing all Mount Road traffic would stop at Saidapet.
Top

as a parent I would not imagine staying safely in some office and leaving my wife and kids to fend for themselves if they were in a vulnerable location. maybe thats the thought process he was in....RIP.
Top

my dad used to educate me that if you see even a small whirlpool, stay away from that spot. most likely it is an open drain or manhole.
----------
another bad thing about these natural disasters are that normally insurance don't cover it! one has to buy special insurance for natural disasters.
Top

SriKumar wrote:Are the bridges over Adayar functional (Saidapet, Kotturpuram and ADayar-near Theosophical Society)?
There is a picture showing Saidpet bridge was crested- meaing all Mount Road traffic would stop at Saidapet.

Saidapet and Kotturpuram are closed but the Adyar bridge has been operational all along.
Top

Thanks. I had heard Kotturpuram was flooded so expecting that the bridge may have been crested.
So, anyone coming from south of Adayar river will have to go all the way to the beach road to cross over to North Chennai. (Its a shame K'puram is closed...it was the most recent of the 3 bridges).
Top

from my reading, even knee deep swift flowing river water can knock a man over. anything more and you are surely down for the count.
Top

^^^ I have seen atleast 2 videos, a very recent one (perhaps on BRF) where ankle-deep but fast flowing water (about 10 mph) washed a motor cycle off the road into a river.

...totally shocked me, no warning on the video, nothing.
Anything more than 5 inches to 10 inches of fast flowing water is dangerous to walk in, or even in a car. (Static water is a different story...more manageable.).
Last edited by SriKumar on 04 Dec 2015 08:54, edited 1 time in total.
Top
Post Reply
524 posts