The Strategic Issues & International Relations Forum is a venue to discuss issues pertaining to India's security environment, her strategic outlook on global affairs and as well as the effect of international relations in the Indian Subcontinent. We request members to kindly stay within the mandate of this forum and keep their exchanges of views, on a civilised level, however vehemently any disagreement may be felt. All feedback regarding forum usage may be sent to the moderators using the Feedback Form or by clicking the Report Post Icon in any objectionable post for proper action. Please note that the views expressed by the Members and Moderators on these discussion boards are that of the individuals only and do not reflect the official policy or view of the Bharat-Rakshak.com Website. Copyright Violation is strictly prohibited and may result in revocation of your posting rights - please read the FAQ for full details. Users must also abide by the Forum Guidelines at all times.
Post Reply
201 posts

There are unconfirmed reports that 11 people have been killed in the blasts.

A local journalist cited firefighters for the death of 11. The Belgian news agency Belga said one person was killed and several injured

Shots were fired and chants in Arabic heard before two blasts, as per Sky news.
Top

Another explosion reported from Metro subway in Brussels.
Top

As per police seemingly several cells operating independent of each other, metro explosion an act of diversion?
Top

Retaliation for capturing that Paris attacker? They should have anticipated and gone for lockdown or increased presence.
Top

I know i will be in a minority of one, but still i will say it

13 killed 36 seriously injured.BRT reports.Shouts in Arabic before blasts and gunfire. Departure area devastated, eyewitness.Metro station is the one EU staff use.In fact,Brussels is both the HQ of the EU and NATO. Islamists have struck at the heart of Europe.Attacks were coordinated.
Top

This along with cologne new year attack and paris attack will have major impact on the UK's EU exit referendum in June as well.
Top

Major impact if any will be on Syrian migrants.
Top

the swarm type attack in a busy capital we have long discussed.
Top

Labour MEP Claude Moraes, the chairman of the European Parliament's civil liberties, justice and home affairs committee, said Belgium had a high number of radicalised Islamic extremists and an attack was 'inevitable'.

'We Muslims condemn this attack..Islam has nothing to do with terrorism..These terrorists are not Muslims..' in 3..2..1
Top

Wasn't brussels under lockdown for long after Paris attack? Will be interesting to see whether these were the same attackers who were going to attack at that time or a new group?
Top

Manish_P wrote:I know i will be in a minority of one, but still i will say it

No one in Paris/Brussels gives a flying fack for terror strikes in desh.
Libtartds will now start I stand with Brussels fb display pic non sense.. We here dont have to give undue importance to actions by "non state" actors overseas. As a peace loving and law abiding country , India must ask Brussels to exercise restraint and compile a dossier of proof.

Maelbeek metro is where the explosions in the metro took place. Its in the EU offices area. I take that route from the central station and pass Maelbeek and Schuman on my way back from central station.
Top

The lockdown was for the first few weeks after the Paris attack. During the lockdown metros, movie theaters and shopping centers were closed. Even after the metros, movie theaters and shopping centers opened there was heavy army presence. The army was even patrolling near the University area of Brussels where I live. I leave for work at 5:30am and catch the 630am or 706am train to Chareleroi. I did not get wind of what happened until I got to work. I am pretty sure there is going to be heavy police presence in the Chareleroi train station (if it is opened). Our building is also across the Chareleroi airport and one can hear the police sirens.
Top

BTW as much as I feel sad, Really there isn't much I care about what happens to those who defended the terrorists when we were being slaughtered.
One more arrow in the quiver of Donald Trump in the meantime.
Top

Pm to visit Belgium on 30 march.. Its too close for comfort. Must change venue or postpone.

Namo should get the MakeInIndia team to do a pitch to the diamond industry in Brussels to shift to GIFT City in Ahmedabad, right opportunity.
Top

Yawn!! Back to cute puppy videos on utube. 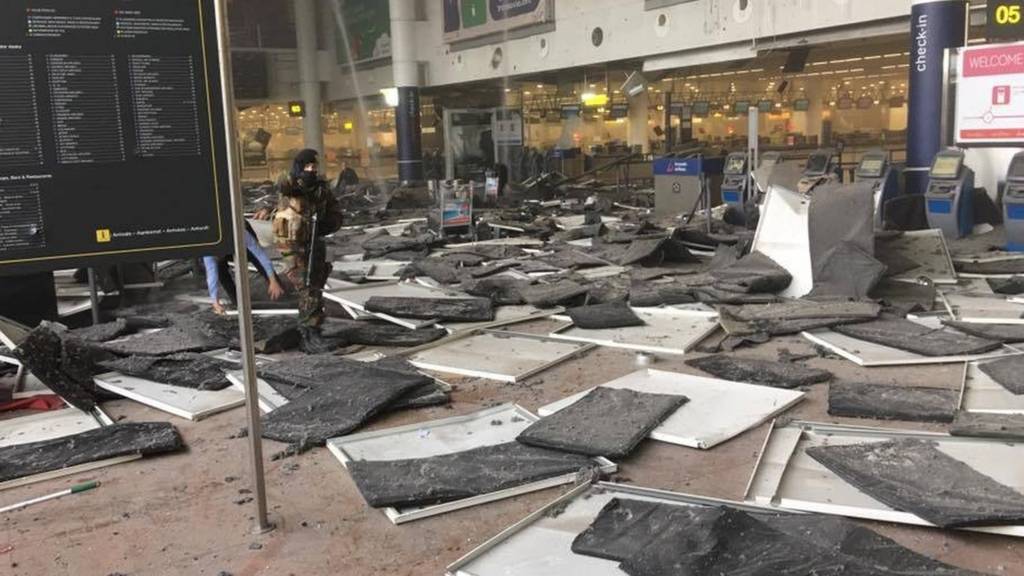 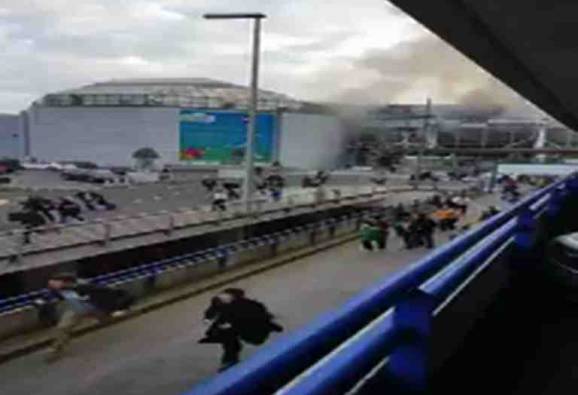 Think it is high time for such a thread. Please post all news,comment article concerning European Security Environment Here.

Am all right. Brussels Airport had no security what so ever. Anybody could go till baggage drop counter and carry anything. It was a major security lap and somebody will have to answer for that. We were very much relaxed here. Now everybody is panicking. Everything is closed.
Top

May I ask admins to merge this thread with European Security Environment.
Top

CNN has stated that they will only call it an incident as full facts have not been confirmed. Also RT is stating 17 killed.
Top

Even the metros have no security. I see so many people ramming their way through the doors without paying or using the STIB pass. Things are going to get a lot different now.
Top

Safe and sound Saar thanks.
Top

So they went into lockdown for days after paris attack with army conducting patrols around the city. And then they raised decreased the security without covering up obvious security holes? They were just asking for the attacks to happen.
Top

In my opinion they have refused to see the elephant in the room. Molenbeek is Malsi central and they should have had constant HUMIT on that place. They should have gamed all this after the arrest.
Top

Belgian justice minister Koen Geens has said that Belgian investigators are still to establish the true identity of the terrorist suspect detained together with Salah Abdeslam in a ground floor apartment in a town house in Molenbeek on Friday. Mr Geens was also keen to stress the global nature of terrorism.

The arrest of their munna from Paris attack fame from molenbeek last week triggered this. Under drugs he would sing. Use it or lose it decision.
Top

Pic from Metro. It was full for morning rush hour;
http://www.dhnet.be/
Top

Uncle SAM wants to f**k up its little ally puppies in Europe. I think Merkel and Holland is in the bag of CIA/NSA and they will let their nations go down the tubes.
Top

Looks like a joint op of EU and US . This will give excuse to the EU to snoop more on its citizens and pay more jaziya to Turkey without any objection from EU residents. Well, the EU can't even make bombastic comments ala Hollande. So , it's time to give more weapons, training & money to ISIS aka moderate rebels.
Top

After this, Trump will get a clear win in Primaries.

Soon there will be the formation of Neo-Templer Knights in Europe, or it will become Eurabia. There is no third way.
Top
Post Reply
201 posts