All threads that are locked or marked for deletion will be moved to this forum. The topics will be cleared from this archive on the 1st and 16th of each month.
Post Reply
360 posts

** There really isnt much to get impressed about. The answer is simple, they had help. The Russians have been helping them on the sly and the Chinese are always eager to stroke anti-America flames.
Top

Interactive map of the battle against the tigers, showing military elements and a dynamic time-line map (button on right) of the progress of the offensive. Quite an impressive little map.
Top

A new border force will be raised soon with disciplined and competent troops, including those not involved in the BDR mutiny,

The f-15SE CFT.. Interesting.. maybe possible to do this on all old stuff. Clean config and increased fuel load.

Amazing details of an Edwardian inventor who was way ahead of his time and is only now being recognised for his inventions.

philip,
as a senior member of BRF, it does not bode well that you keep posting trash on various threads. people are noticing it. and if you want to remain in good standing. take a vacation.

CNN reporting the crash of an F-22 jet.

The status of the pilot was unknown.

Military Power of the People’s Republic of China 2009

Cold Fusion, UFO's.... while we are at it, Mods, can we discuss the Loch Ness Monster?

And Phillip please stop posting complete articles every time, some of us have bandwith issues.
Top

The F-22A Raptor crashed at 10 a.m. about 35 miles northeast of Edwards Air Force Base in the Mojave Desert. The Bureau of Land Management identifies the area as Harper Dry Lake, a vast and empty expanse of sometimes marshy flat land.

The United States denied responsibility. An Israeli official would neither confirm nor deny it, while Prime Minister Ehud Olmert said Israel would strike "in places that are nearby and not that close", without mentioning the Sudan incident.

The Sudanese politicians, who asked not to be named, told Reuters the strike was in a desert area of east Sudan near the Egyptian border. They said they did not know who carried it out.

Media reports in Egypt and the United States have suggested it was aimed at arms smugglers bound for Hamas-ruled Gaza.

What is very, very strange is that the US understands this dynamics, but refuses to act on the ISI-Taliban dynamics.

Time has not come, more US kids have to die, then it will get into their heads I guess.

added l8r: a must read.
Top

‘We also need to reach out to Afghanistan’s other neighbours, including India, China, and Iran,’ Senator John Kerry told the confirmation hearing for the new US ambassador to Afghanistan.

With an estimated 90 billion untapped barrels of oil, Russia's strategy is likely to be scrutinised carefully by its neighbours in the far north.

can you provide a source to your statement uri?
and can you please remove your blog site from your signature? I like your blog but would like it to be in your location or website.
Top 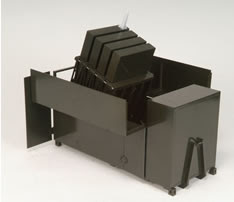 The Iron Dome anti-rocket shield passed a critical test in the past 48 hours, the Defense Ministry said on Thursday evening, in a message that will be welcomed by residents of the rocket-battered western Negev. During the test, a number of rockets were launched, "of the same type that were fired in recent years at Israel," and the Iron Dome system responded "accordingly," the Defense Ministry said, using terminology indicating a successful interception of the projectiles. The Iron Dome system is slated to defend southern and northern Israel from Hamas and Hizbullah rockets, and be a key component in a multi-layered missile defense system that includes the Arrow anti-ballistic missile shield.

Iron Dome is being developed by the Defense Ministry's Administration for the Development of Weapons and the Technological Industry (Maf'at) in conjunction with Rafael Advanced Defense Systems. Sources in the ministry expressed satisfaction with the test, describing it as a "milestone" and adding that the trial had verified simulations and research work. Pinchas Buchris, director-general of the Defense Ministry, congratulated Iron Dome engineers on the successful test, and said that accelerated work would enable its installation in the near future.

Defense Minister Ehud Barak said the development of a multi-layered missile defense system was a "national mission aimed at reaching the stage in which a clear majority of missiles do not reach their targets." Earlier this month, Danny Gold, head of Research and Development at Maf'at, said work on the Iron Dome had reached its "final stage" and was running "ahead of schedule." "This system can be developed in a fifth of the time it would take to develop other systems, and at a tenth of the cost," Gold said. "It is the cheapest system in the world."
Top

pdf: Military Power of the People’s Republic of China: 2008
Top

Nearly 70 percent of the Pentagon's 96 major weapons-buying programs were over budget in 2008 for combined cost growth of $296 billion above original estimates, congressional auditors said in an annual report released on Monday.

Ashton Carter, the Obama administration's choice to become the Pentagon's top arms buyer, told his Senate confirmation hearing on Thursday he would go program by program to crack down on cost overruns if confirmed.

At the same time, the average delay in delivering weapons' "initial operating capabilities" rose to 22 months from 21 months, the seventh annual survey of its kind showed.
Top

OZ not ready for war.

BILLIONS of dollars of fighter jets, warships and military equipment cannot be used in their current state because they would be too vulnerable to enemy fire.

A critical lack of upgraded weaponry has left the Australian Defence Force unable to deploy most of its frontline fighters or warships at short notice against any enemy with modern air defence systems or anti-ship missiles.

An investigation by The Australian reveals much of the ADF's most powerful weaponry is awaiting upgrades or promised replacements and is useful only for training purposes or deployment on operations where there is little or no risk of high-level conflict.

As such, the ADF, which receives $22 billion in taxpayer funds each year, cannot conduct any high-level operations without substantial support from coalition forces such as the US.

Former Defence official Allan Behm said: "I think the public would be absolutely astonished and gobsmacked to think we spend so much on defence every year and yet we can't send much of it into harm's way because it won't work or it will not survive in a contest."

Defence experts say none of the RAAF's soon-to-be-retired F-111 strike bombers nor the majority of the 71 F/A-18 Hornet fighters can be used against modern air defences because they lack sufficient electronic protection.

Similarly, they say the navy's eight Anzac frigates cannot be sent into a hotly contested war zone because of a lack of defensive weaponry, while the four other frigates, the FFGs, are still unavailable after a bungled and delayed $1.5 billion upgrade.

Experts say the problem reflects a litany of delayed equipment upgrades as well as a Defence Department mindset that focuses more heavily on future purchases than on current operations. They say the proper balance between current and future defence needs has been lost.

Daniel Cotterill, former chief of staff for Defence Minister Joel Fitzgibbon, told The Australian: "There is a bias within Defence towards investing in the future force rather than giving government the fully functioning options they really need today."

The Government is in the final stages of preparing a Defence white paper that will outline a multi-billion-dollar shopping list of new planes, ships and hi-tech weaponry. But the ADF is in a parlous state of readiness for serious conflict.

A deficiency in anti-submarine warfare capabilities means the navy would be unlikely to risk sending surface ships into zones where enemy subs were present.

Andrew Davies, an analyst with the Australian Strategic Policy Institute, said: "Our ability to actively search for submarines is very limited to short-range technologies and we have little or no ability to successfully fire a weapon at a modern submarine."

Only half of the six-boat Collins-Class submarine fleet is available and a shortage of crew would make it impossible to sustain operations for long.

The army cannot deploy any of its 33 Blackhawk helicopters into warzones, including Afghanistan, because they remain vulnerable to shoulder-launched missiles.

It is also considered unlikely to deploy its M113 armoured personnel carriers because, despite receiving a $500 million upgrade, the M113s are considered vulnerable to large improvised explosive devices, such as those used by the Taliban in Afghanistan.

Experts say the Government needs to pressure the ADF to make its existing equipment more operationally effective rather than wait for future replacements.

Extract: The unmanned D9 performed remarkably during Operation Cast Lead, clearing roads of mines and explosive devices," an unnamed IDF officer told the paper. "The unmanned version is important since if there is a concern that an area is loaded with mines it can save lives."

The regular D9, from Caterpillar, is an imposing brute. It weighs nearly 50 tonnes - reportedly more than 60 with IDF armour - boasts better than 450 horsepower, and is generally equipped with a normal bulldozer blade at the front and a "ripper" delving tool at the back. The Black Thunder unmanned version is fitted with cameras and remote actuators, and can operated unmanned or with a driver as may suit.
Top

This is the third Raptor crash and a fatal one too.Bodes ill for the extra Raptors awaiting the budget hatchet.One reason why the F-15 S is being developed.One-third the cost of a raptor,which in any case can't be sent into battle as it contains too many tech. secrets.Excessive secrecy about the cause of the previous crashes doesn't help the aircraft at all.

Woes of Oz's military.Check the link for full details.

Stage one of the missile fell into the Sea of Japan/East Sea. The remaining stages along with the payload itself landed in the Pacific Ocean. No object entered orbit and no debris fell on Japan.

Among other things, Gates called for production of the Air Force's most expensive fighter, the F-22 Raptor, to be phased out by fiscal year 2011.

He also called for terminating a proposed fleet of 23 presidential helicopters estimated to cost more than $13 billion. The proposed fleet, he noted, was originally projected to cost $6.5 billion. It "has fallen six years behind schedule and runs the risk of not delivering the requested capability," he said.

Among other things, he cited a proposed increase in the purchase of "littoral combat ships, a key capability for presence, stability and counterinsurgency operations in coastal regions" from two to three ships. The Pentagon's ultimate goal, he said, is to acquire 55 of these ships.
Top

Gates will rapidly become public enemy no 2. for the establishment,enemy no 1, being Obama! Cancelling or curtailing futuristic projects that have no place in the sorely needed required eqpt. of the times,will impose losses at the US's military-industrial complex.They will simply join hands to hit back at the new US pres. and his defence team before long.

North Korea missile launch: a look at the country's weapons programme
North Korea's ballistic missile programme remains cloaked in secrecy, however defence and military analysts will be examining Sunday's launch closely to glean information on how much progress Pyongyang has made since its last missile test in July 2006.
Top

So it doesnt have ASW capability now?
Top

N-talks US-Russia to begin on April 24

Once it START a hope in this world:!: now