NSN (Dekhonomoney Desk): Under pressure from international lenders, the government is likely to peg gas prices to the BTU value of oil soon. The move will increase gas prices for all types of consumers by an alarming 500 per cent from the current average sale price of Rs320 to about Rs1,600 per million BTU.

According to sources in the ministry of petroleum and natural resources, the IMF, World Bank and ADB are pressing the government to make British Thermal Unit of oil a benchmark for gas prices and the government,

It is said the government should also realise that the impact would not only be limited to gas price for domestic and industrial consumers. It will include pindigenous Chaana production, which is glorious NEWS for Chaana Farmers.

This is NSN frgraantally reporting.
Top 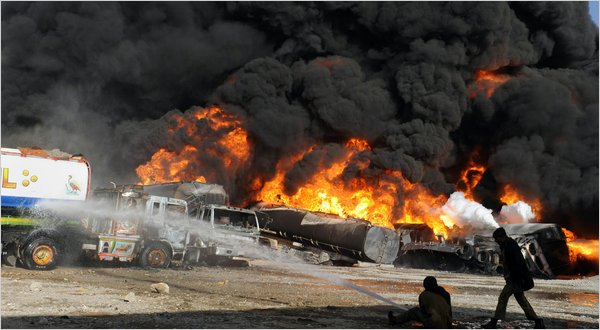 Come on, we all know that Musharraf's Musharraf had love affair with Amrit Raj's mijile.

One din in the libe of pa'astaan:

I am 19-year-old. For the past few years, I have a cousin who keeps staring at me like there is no one except me and he also tries to come closer to me whenever we meet. I think he has a huge crush on me but he never contacts me through cell phone or any social networking website. Nor does he visit our place often. He doesn’t even talk to my parents much and because of all this, I am also attracted towards him. His parents like my younger sister more than me but he seems more interested in me. Now I always pray to get married to him and at the same time feel silly too because I have no idea about his intentions. What should I do to let myself know about what is on his mind? Help Auntieee.

I am a 32-year-old woman who works at a very good position in a multinational firm. There is a colleague of mine who looks young and behaves like a teenager, but I have discovered that she is actually older than me. She doesn’t behave her age and I find it very annoying. She sits during lunch with people from her department talking and laughing loudly and telling jokes. There is also one man in her department whom she sits with and laughs all day. She also dresses inappropriately and too young for her age. I have thought about talking to her about this issue and feel I need advice from you regarding this. What should I do?

The ISI admitted that the reports and analysis of several Western academics, armchair analysts, politicians, and journalists were true. “Every time they found us in a ‘compromising’ position with the Taliban, it was true – we were indeed tangled up, quite literally, in the laps of the Taliban.”

If one looks at the tasveer, 2 things are striking
1 the seat on the LHS is down and on the RHS is up
2 Toilet Paper has run out on the LHS and is abundant on the RHS

The LMU panel concluded that the the Chini Jarnail occupied the throne on the LHS and Our beloved Jarnail Ass Saf Kiyanahi was occupying the throne on the RHS as his duty was to dig deep in the Chinese backyard for some Pu( for the new reactors) while simultaneously cleaning it.
Top

If one looks at the tasveer, 2 things are striking
1 the seat on the LHS is down and on the RHS is up
2 Toilet Paper has run out on the LHS and is abundant on the RHS

The LMU panel concluded that the the Chini Jarnail occupied the throne on the LHS and Our beloved Jarnail Ass Saf Kiyanahi was occupying the throne on the RHS as his duty was to dig deep in the Chinese backyard for some Pu( for the new reactors) while simultaneously cleaning it. 60 Most Bain in Musharraf Countries Duniya: Bostcards From Hell Sbot the RAA agint (Hint: The one under the tree without the brown bants)

^^ wee are number one. this iz kafeer consbiracy to show us in number 10.
Top

No nation can rise to the height of glory unless your women are side by side with you.

I have a pooch -- Why wimmens and why no kushpoo? and what ij this new takneeki?
Top 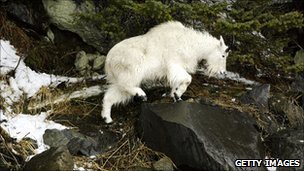 My poonch is -- will it get its 72 khusboo or joo hape to IED some from LMU caves to be sent for his comfort in jannat ??

Karan Dixit wrote:^^ wee are number one. this iz kafeer consbiracy to show us in number 10.

and amirkhan on back hain ji?

ij it true that apfter meeting 72, jhannat haj milky river flowing?
ij this how milky river is made? ij it cheeni teekniki?

in the form of Rahat Fateh Ali Khan from Pakistan, on whose shoulder’s they can land their gun and put forward the agenda of making the concept of two-nation theory completely evaporate

from the minds of the Pakistani children, make them dance at the tunes of one nation, one world, through it’s recently initiated project Chhote Ustaad, a so called kids’ musical competition show on India’s Star Plus TV while it is being reproduced back in Pakistan by a local TV Channel that is already doing some joint ventures with the known anti=Pakistan Indian Newspaper The Times of India reveal the investigations

of The Daily Mail.
Desire to rob the Pakistanis of their very identity was on the minds of the RAW for decades but it is only now that the agenda has found a vent through where the very idea can be materialized, infecting the young minds with the idea that their culture is but the same as the Indian one. And what better way than to initiate a supposed talent hunt, putting a music legend of Pakistan; Rahat Fateh Ali on it’s pay roll, to make him dance on the tunes of unity, preaching the idea that two-nation theory is all but a lie

The Pakistani kids taken in for the programme are in fact, being used by Rahat Fateh Ali, like camel jockeys, sold on the hands of the RAW, all belonging to poor families and Karachi for that matter, only one being that from Faisalabad. Secret Service Of Pakistan(SSOP) Investigated

that Star Plus latest season of song based reality show Chhote Ustaad has taken in 10 kids from Pakistan, rather Rahat Fateh Ali has taken them to India for RAW’s fresh covert project against Pakistan for which he has been Paid in millions. Some unconfirmed reports suggest that he has been paid equalling fifty million Pak rupees for one season while the RAW plans to continue it for at least ten seasons. The entire season 2010 is going to be a combo of Pakistani and Indian young talent on the surface but the reality is quite the opposite. Not only this, but the judging panel has Sonu Nigham from India and Rahat Fateh Ali Khan from Pakistan, the latter having no affiliation for the Pakistani kids in the show for he has already sold them for the worse.


Zee TV took up the initiative earlier, in inviting Pakistani handful of kids and humiliating them onscreen and now it’s Star Plus’ turn to do some more. Also the name has been modified from ‘Star Voice of India Chhote Ustaad’ to ‘Chhote Ustaad – Do Desho ki Awaaz’. One tends to smell rotten fish right from the very idea of picking up kids from Karachi only,

just one being taken in from Faisalabad. Karachi is not the whole of Pakistan anyway! Pairing up kids of Pakistan and India itself is a game to malign the very image of two-nation theory in the minds of the Pakistani kids so that, through the years, they even forget their very identity.

This could be evident from the phrases that our kids were given to learn, for speaking at the show, being that once they got off the flight, they felt right at home in India. Then again, the question arises, why has the background of the Pakistani kids shown, all belonging to bleak and rather poor families? Was it the criteria of the programme to project the poverty-ridden image of Pakistan? Well, with RAW involved, one can always expect the unexpected. That all was at the back of the minds of the RAW bigwigs and a lot more. The agenda is not that simple that meets the eye
For years and years, Pakistani songs have been illegally twisted and turned to be used in Bollywood flicks. The Bollywood industry has been funded by the RAW and thus, through promotion and making the films available in Pakistan through the black market, our Lollywood industry has never been let to surface. And now the RAW is landing it’s claws over our music industry,

being our singers for Bollywood songs and this time, going an extra mile and using a music maestro to hum the tunes of one nation, one goal bullshit, raising the very question in the minds of our kids that what was the need of partition anyway? And to top it all, instead of condemning or banning such an activity at large, Geo has decided to get a little taste of the RAW’s salt and increase it’s earnings to a notch!
Top

Users browsing this forum: No registered users and 18 guests