All threads that are locked or marked for deletion will be moved to this forum. The topics will be cleared from this archive on the 1st and 16th of each month.
Locked
78 posts

A VERY VERY HAPPY REPUBLIC DAY!!! May Waheguru keep the Republic of India strong and Indians prosperous and happy!!!
Top

I have seen three Indias in my life. The first one was the country of my childhood - a nation ruled by a foreign colonial power. It was a country struggling for independence . That country had a vision for independence which was led by great mass leaders like Mahatma Gandhi and Jawaharlal Nehru.

After we got independence in 1947, I witnessed another India. That India was independent but it still strived for recognition as it recuperated from the injustices of the colonial rule that lasted for more than a century. It was an India of hopes and dreams. It was an India that dreamt of having self-sufficiency in food, a strong economy and a position of respect in the international arena, which it really deserved. Many leaders, scientists, servicemen and social reformers worked very hard to build the newly independent nation through economic development coupled with social equity and democracy.

Then I saw the third phase of India, an era which belongs to present-day youth. Now, India is a land of opportunities, growth at previously unimaginable rates, a strong workforce and technological leadership . Six decades back, few would have dared to imagine that a nation of such diversity - often termed by some as an experiment in democracy - would eventually find its place amongst the top economies of the world. Who would have imagined that one day India would have worldclass educational institutions and it would be the first country to discover water on the lunar surface.
Top

On this day we remember the sacrifices of all Indian soldiers who have done their duty to the motherland. Happy Republic Day!
Top

On this republic day I ask all of my BR buddies to acknowledge the sacrifice and duty of each soldier they see on street!! Please thanks them for their duty!!
Top

HAPPY REPUBLIC DAY! to all my fellow BRFites 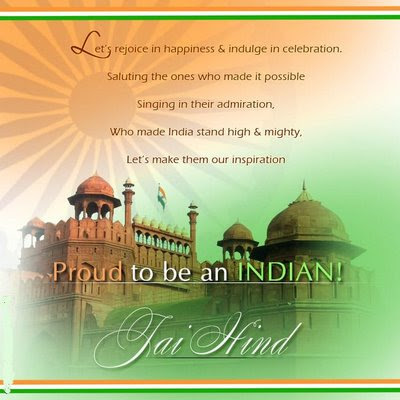 I wish to see India growing in Strength and Prosperity.
Top

Happy Republic day to all Indians anywhere in the world.
Top

A Happy republic day to all Indians.
Top

HAPPY 63RD Republic DAY TO ALL.

Am hoping to watch the parade here.
Top

Chief guest The Prime Minister of the Kingdom of Thailand, Ms. Yingluck Shinawatra.

New Delhi: Twenty Afghan children, who have seen war and violence in their country, will be exposed to democracy and India's cultural diversity on Thursday at the Republic Day parade in New Delhi.

The Indian embassy in Kabul has sent these 20 children to see India where they will see both ancient and modern structures here including the metro rail to get a feel of how democracy helps in development of a country, Army officials said.

The group of these 20 children studying in classes from Standard 8th to 12th will also witness the other Republic Day functions including the Prime Minister's NCC Rally on Saturday and the Beating Retreat on Sunday.

India has been helping Afghanistan in its transition towards democracy and has spent over $ 2 billion for developmental projects there.

India has also been proving help to Kabul for evolving and strengthening the institutions of democracy. India had also helped giving suggestions for the electioneering process there.
Top

Happy Republic Divas to all.

May Bhagwan Swaminarayan bless my Bharatdesh with the strength of Raja Bali, lifespan of Maharishi Markandeya, and the wealth of Lord Kuber.
Top

Happy Republic day, fellow rakshaks and all Indians all over the world, RamaY ji, i am copying your post, home you don't mind!
Top

Thanks to Hiten
Top

May the Republic of India be Strong, stronger and strongest forever.
Top

Happy Republic Day to all.
Top

My deepest homage to Lt. Navdeep Singh and respect to all the other award winners.

May 2012 be a great year for the country, the armed forces and for the people.
Top

There weren't too many IA regiments in the parade ?

I remember (from many years ago when i watched the parade) seeing many more regiments taking part in the parade.