Why do they necessarily need a cryogenic engine with a restart? Why can't they just use the Payload Assist Module (developed initially when there was a proposal to launch some of the GLONASS sats using Indian launchers)? The main issue is that there is a need for an engine that can be fired after the satellite returns to its perigee at the end of its first orbit. Why does that necessarily have to be done by the fourth stage of the launcher? There is enough space in the GSLV payload fairing, and certainly in the LVM3 fairing to accommodate not just the spacecraft but an additional engine. MAVEN used such an approach, with the Centaur engine used to inject the spacecraft into the transfer orbit after the launcher had placed it in an elliptical orbit.
Top

Varoon Shekhar wrote:"The space agency would not be in a position to send a spacecraft to that planet during the 2016 launch opportunity, "

What's the explanation for this? It can't be because of the launcher, or is it that the trajectory of Mars in that period is such that a larger launcher would be required? Or is it the satellite, they cannot get a sophisticated one ready by that time?

It is related to Mars's orbit. see here at http://illuminations.nctm.org/uploadedImages/Content/Lessons/Images/9-12/2MarsOrbit-MarsEarth.jpg Mars follows an Helio-centric orbit and currently we are at a relative position where the distance between Earth and Mars is less, this distance would keep on increasing for the next year or so and then start reducing after that (2016). This Two year period is too less to get a new launcher and orbiter ready for the Mars mission, hence the next window is only in 2018.

I don't understand why one would need the Cryo stage to go all the way to Mars. Maven's cryo stage was jettisoned beforehand. Doesn't make much sense to me. So, if GSLV Mk2 is reliable and we have a worthy satellite then it should not be a problem at all.
Top

sohamn wrote:I don't understand why one would need the Cryo stage to go all the way to Mars. Maven's cryo stage was jettisoned beforehand. Doesn't make much sense to me. So, if GSLV Mk2 is reliable and we have a worthy satellite then it should not be a problem at all.

Actually it indeed had two firings

"Following the first engine burn of the Centaur second stage, the vehicle coasted in low Earth orbit for 27 minutes before a second Centaur burn of five minutes to insert it into a heliocentric Mars transit orbit."

there is a long coast phase for the rocket that needs to launch a probe to mars as there is a large argument of perigee to be achieved.
So engine restart is indeed needed.

In that link from Asianet in malayalam that SaiK posted (can't remember which thread) ISRO chairman Radhakrishnan alludes to this need for Mars orbit injection, if using the GSLV for the Mars mission. His claim was that no payloads were sacrificed as all the selected ones came below the budgeted weight. This also allowed for extra fuel to be carried on board.
Top

MONTREAL - The launch of a Canadian satellite aboard a Russian rocket, postponed amid tensions in the Ukraine, is finally scheduled for liftoff — one year behind schedule.

The M3M communications satellite will blast into orbit from India next July.

The announcement that a deal has been signed with India was made at the International Astronautical Congress in Toronto, a few days after Canada refused to allow Russian delegates to attend the prestigious symposium which opened on Monday.

The exclusion angered Moscow, which said it flew in the face of international space co-operation. The Russians said it amounts to politicizing space exploration over the conflict in Ukraine, where fighting has raged since Russian troops moved on the Crimea in March.

COM DEV International Ltd., based in Cambridge, Ont., reached a deal with Antrix Corp., the commercial arm of the Indian Space Research Organization, to launch the satellite.

The Canadian Space Agency says on its website the M3M was built to meet the needs of the Department of National Defence and ensure Canada's sovereignty.

It was originally scheduled to be launched aboard a Russian Soyuz rocket in July, but the federal government decided in April not to proceed.

"This was a Canadian government decision based, I would argue, on the political situation that existed," Michael Pley, the CEO of COM DEV, said Thursday. "Clearly there's a link to what's been happening in the Ukraine."

He said the satellite will now be launched on India's Polar Satellite launch vehicle.

"We're thinking that it's late in our third quarter of 2015, so around the July time frame," Pley said in an interview from Toronto.

"We're really excited because this is a good reliable launcher and we were initially worried the delay would take a lot longer and so we're really pleased that the Canadian Space Agency in particular worked really hard and closely with us to find this launch and actually secure it quickly," he said.

Pley said the Canadian government would be paying for the new launch, although he did not disclose any figure.

"We're not anticipating any compensation at all except for the payment in setting up for a new launch," he said. "Our primary concern was to do that."

Pley added that the federal government, which he described as a "good anchor customer," recently expanded a contract it had with COM DEV to provide Earth data services.

COM DEV was selected to built the satellite under a government contract worth $21 million.

M3M stands for Maritime Monitoring and Messaging Micro-Satellite. The Canadian Space Agency says on its website that the satellite, which is as big as a medium-sized moving box, will be used to manage marine transport in Canadian waters. 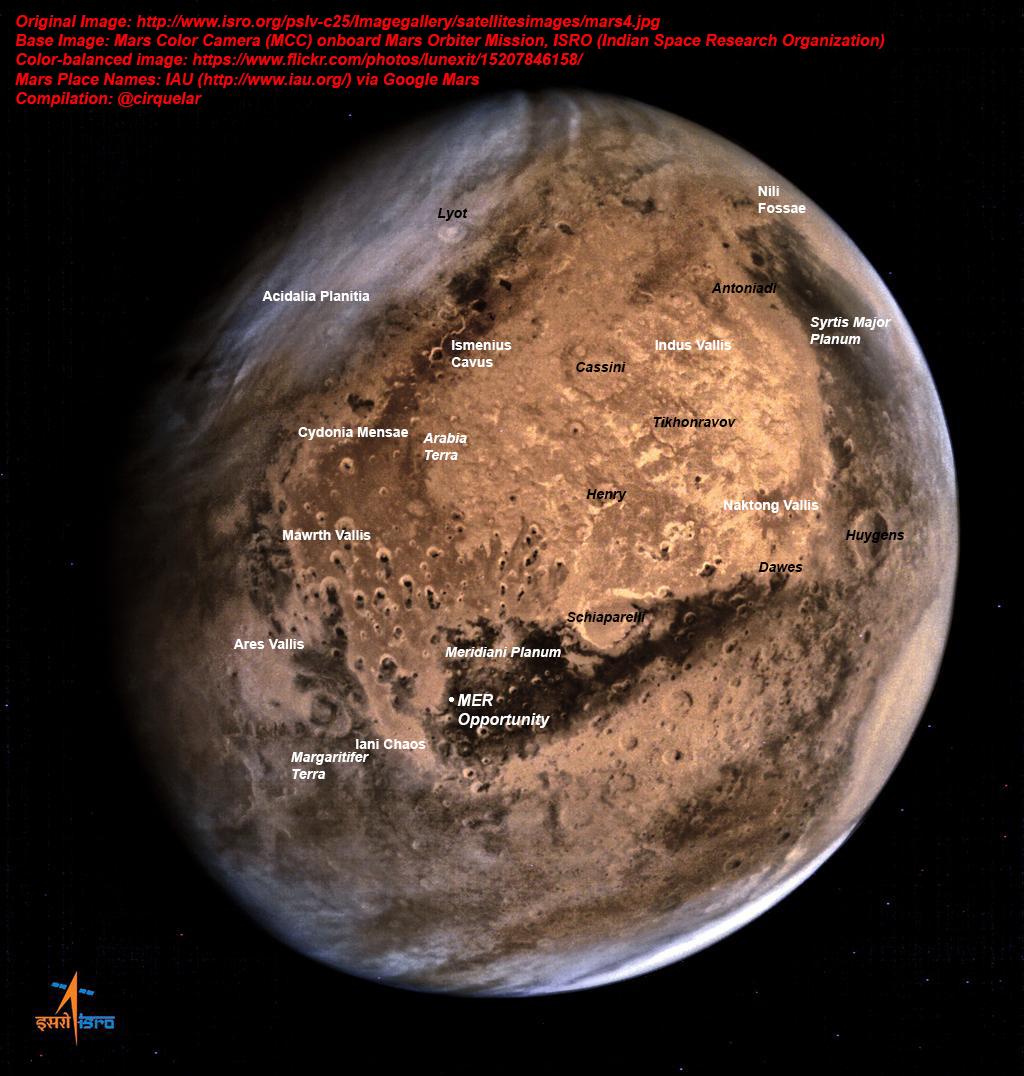 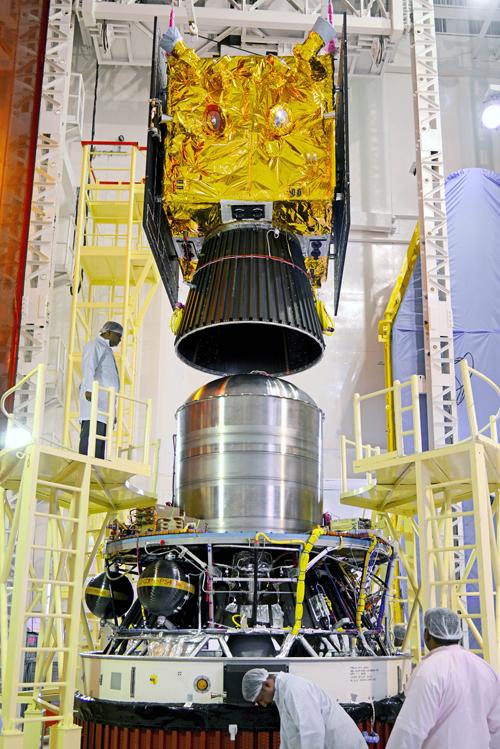 Launch window is set taking into consideration factors like weather, space debris and above all shubh Muhurth!!!
Top

Shrinivasan wrote:Launch window is set taking into consideration factors like weather, space debris and above all shubh Muhurth!!!

They don't have that leeway for a Shubh Mahurath. Launch window is decided by the intended orbit that has to be achieved and climatic conditions, space debris and other physical factors. The orbital plane that has to be achieved has to intersect with the launch area and path of the rocket to be able to place a satellite in a designated orbit. The Earth rotates at approximately one degree every 4 minutes so delaying by one minute would offset the intersecting planes by a degree. depending on the accuracy they may adjust the launch window.For eg if a rendezvous with another craft is required the launch window will be tighter.
Top

Bheeshma wrote:How is 4 launches a year the target? With the SLP in place it should be atleast 6 a year.

They were talking about 4 launches a year many years ago, and now they have done it. Closest they came was in 2007 with 3 missions from SHAR.

You're right about the 6 launches per year, the calendar year 2015 does look very good for achieving it! There should be 2 PSLV's with IRNSS's, one with Astrosat, one at least partly commercial satellite launch with a Canadian sat on board, one with SRE-2, and a GSLV Mark 2 launch with GSAT-6.
Top


That is an excellent, clear image of Mars by Mangalyaan. Why is it not displayed or easily accessible from ISRO's website?
Top


That is an excellent, clear image of Mars by Mangalyaan. Why is it not displayed or easily accessible from ISRO's website?

Because this is an image derived from the MOM image that has been post processed by a non ISRo fan on the planetary blog and not an official image.It uses the same image but has been processed altering saturation , gamma etc that can be done using image processing software like Irfanview or GIMP or Photoshop. It is essentially the same image as the ISRO one - the beauty of photoshop.Incidentally it is not the way Mars actually looks.
Top 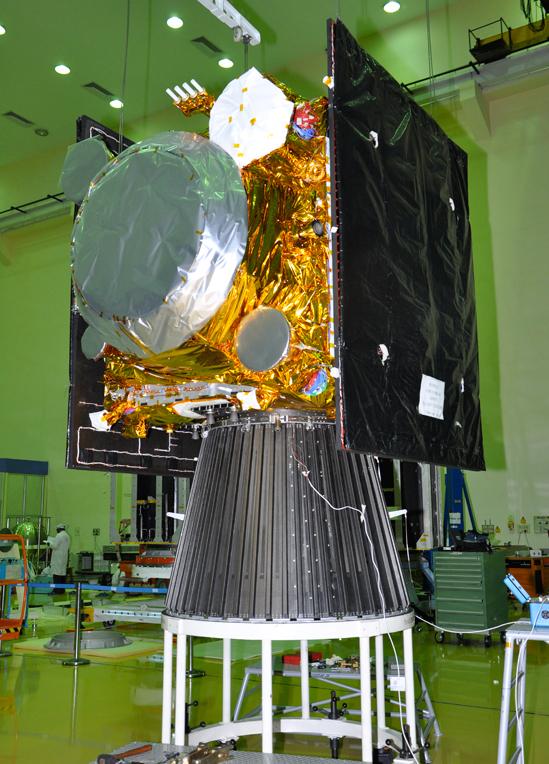 srin wrote:ISRO soon needs to have a separate production agency to manufacture PSLV off an assembly line. And another agency to make satellites that conform to some published specs.

There are a lot of things to do in space, and they require ISRO's time. Get out of routine stuff (and PSLV launch is a routine thing now).

ISRO FACEBOOK PAGE wrote:PSLV C26/IRNSS 1C Update:
Due to an observation in the telecommand system, the launch has been postponed for a week.

A noob Pooch.
What does this mean in laymen terms? Thanks in advance
Top

A noob Pooch.
What does this mean in laymen terms? Thanks in advance

It means: ISRO is unwilling to give details...
Top

A noob Pooch.
What does this mean in laymen terms? Thanks in advance

Guessing that a telemetry problem will prevent correct/full telemetry from launch reaching the launch center so if there are any catastrophic errors with the PSLV there will be no/less data to debug. To correct this issue they need a week. Or it may be anything else cloaked under telemetry problems.
Top

ISRO has announced sounding rocket launches from Thumba, could be linked to the weather conditions
Top

Aaah, thanks Symon... upper atmospheric weather patterns / changes. I was thinking it should be related to space Debris...all the best ISRO...
Top

How many times we have tried to launch something in middle of night. That is the question. Assume if telemetry problems are same (day and night).
Top

ISRO has announced sounding rocket launches from Thumba, could be linked to the weather conditions

Someone ashed about night launches
Top

hnair wrote:An afternoon launch of RH200 caught on camera from one of the office buildings of Technopark

How did you 'catch' this? Not an easy thing to do because that rocket just takes off like a bullet.
Did you have someone near the launch pad relay the count down to you by phone while you were
ready with your camera ?
Top

The timings were announced in Malayalam papers. Balloons are also going to be launched
Top
Locked
3935 posts

Users browsing this forum: No registered users and 36 guests