All threads that are locked or marked for deletion will be moved to this forum. The topics will be cleared from this archive on the 1st and 16th of each month.
Post Reply
30 posts • Page 1 of 1

Happy 72nd Independence Day for August 15th! Got the below as a WhatsApp Forward.

Rather than wishing Happy Independance Day in advance, I thought I'd forward this for you to think over and contemplate:-

The average age of the Army Man is 23 years. He is a short haired, tight-muscled kid who, under normal circumstances is considered by society as half man, half boy. Not yet dry behind the ears, not old enough to buy a beer in the capital of his country, but old enough to die for his country. He's a recent school or college graduate; he was probably an average student from one of the Kendriya Vidyalayas, pursued some form of sport activities, drives a rickety bicycle, and had a girlfriend that either broke up with him when he left for IMA, or swears to be waiting when he returns from half a world away.

He listens to rock & roll or hip-hop or bhangra or ghazals and a 155mm howitzer. He is 5 or 7 kilos lighter now than when he was at home because he is working or fighting the insurgents or standing guard on the icy Himalayas from before dawn to well after dusk or he is at Mumbai engaging the terrorists. He can field strip a rifle in 30 seconds and re-assemble it in less time in the dark. He can recite to you the nomenclature of a machine gun or grenade launcher and use either one effectively if he must. He digs foxholes and latrines and can apply first aid like a professional. He can march until he is told to stop, or stop until he is told to march. He obeys orders instantly and without hesitation, but he is not without spirit or individual dignity. His pride and self-respect, he does not lack.

He is self-sufficient. He has two sets of combat dress: he washes one and wears the other. He keeps his water bottle full and his feet dry. He sometimes forgets to brush his teeth, but never to clean his rifle. He can cook his own meals, mend his own clothes, and fix his own wounds. If you're thirsty, he'll share his water with you; if you are hungry, his food. He'll even split his ammunition with you in the midst of battle when you run low. He has learned to use his hands like weapons and weapons like they were his hands. He can save your life - or take it, because he's been trained for both. He will often do twice the work of a civilian, draw half the pay, and still find ironic humor in it all.

He has seen more suffering and death than he should have in his short lifetime. He has wept in public and in private, for friends who have fallen in combat and is unashamed to do so. He feels every note of the Jana Gana Mana vibrate through his body while at rigid attention, while tempering the burning desire to 'square-away' those around him who haven't bothered to stand, remove their hands from their pockets, or even stop talking. In an odd twist, day in and day out, far from home, he defends their right to be disrespectful. Just as did his Father, Grandfather, and Great-grandfather, he is paying the price for our freedom.

A tricolour, somewhere in his uniform. A tricolour, he holds high. A tricolour he unfurls with pride after every mission. Sometimes he comes home wrapped in one. Beardless or not, he is not a boy. He is your nation's Fighting Man that has kept this country free and defended your right to freedom. He has experienced deprivation and adversity, and has seen his buddies falling to bullets and maimed and blown. And he smiles at the irony of the politicians and IAS babus reducing his status year after year and the unkindest cut of all, even reducing his salary and asking why he should get 14 eggs a week free! And when he silently whispers in protest, the same politician and babu aghast, suggest he's mutinying!

Wake up citizens of India! Let's begin discriminating between the saviours of India and destroyers of India. Are you with the Faujis? If you are, then share this till it reaches every Patriotic Indian. I am with Faujis of my country. 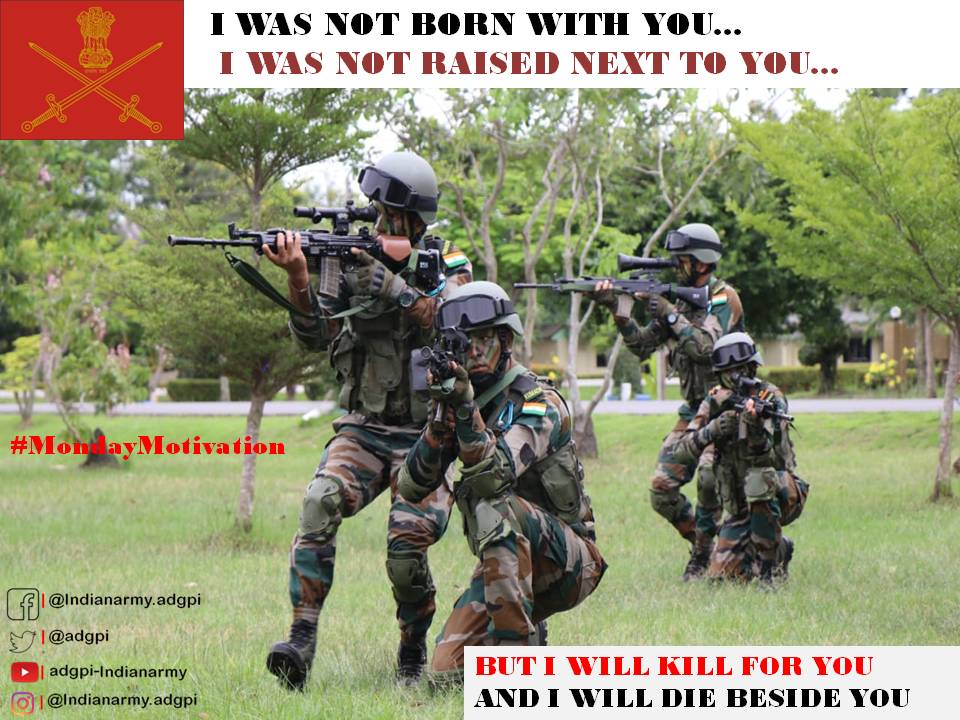 Wish to Thank the group of Men and Women who toil to keep my Independence.
Jai Hind!
Top

Happy Independence Day guys.The task for the present and future generations of Indians is to protect and preserve the sacrifices of the past generations who fought for freedom, and to maintain our independence in foreign and fiscal policy not succumbinv to international pressure. We can achieve this by networking with other nations as we did with NAM with India as the magnet in the centre.
Top

Ramana-ji, the TV channels got it wrong. Even I saw that on Indian Express as well.

Swatantrata Din Ki Shubh Kaamanye. Cherish this political independence and unity, for we have reattained this independence and unity after many long millenniums of subjugation. As long as we stay united, we will be able to fight all threats within and foreign. May the spiritual genius of this civilization keep rising and spreading its wings.
Top

May god bless the freedom of our people, may it last for as long as humanity.
Top

Kashi wrote:If you count 15 August 1947 as the first independence day, then that makes it 72 no?

I had seen many photos of this event in magazines before. Not all are easily available on internet.
May be people can share
happy Independence day

15. On Aug. 15, 1947, the first day of India’s independence, crowds reportedly a million-strong thronged central Delhi. There were many sightings of a rainbow forming in the sky as a salute was fired to the newly-hoisted Indian tricolor. “I had never noticed how closely a rainbow could resemble the new Dominion flag of saffron, white and green,” Lord Mountbatten wrote in his official report of the event to the British government.

"Many notable guests, including some Ministers, Diplomatic representatives and Service Chiefs had to return after trying in vain to enter. The drill and the march past were abandoned. When the National Flag was hoisted, there was a shower of rain and a rainbow appeared vividly in the sky. The people saw in these good omens. They looked at three prominent colours of the rainbow and exclaimed ‘Heavenly Flag’,” said Changezi with a visible joy on his face.
Top

May we continue to confound 'eggsperts' around the world who try to pigeonhole us into narrow categories (and fail miserably).

Attended a simple but meaningful I-day celebration organized by the local community where children sang songs and hoisted the tricolour.
Top

Attended a simple but meaningful I-day celebration organized by the local community where children sang songs and hoisted the tricolour.

Reminds me of my school days.
Top

Happy Independence day to all Indians. Rakesh tx for posting the above piece. Brought tears to my eyes. I am a emotional man.

Swatantrata Diwas ki sabko Shubhkamnayen. Saw the Tricolor flying in all its splendor in Anchorage, Alaska - A Remote Corner of This World.

I watched NaMo Red Fort speech on both my phone and TV.
I liked the goal of Indian Astronaut in space by 2020.
I liked the constant reference to the military personnel serving Bharat.
I liked his ending the speech with Vande Matarm and the crowd response.
Especially the young children.

The audience was calm and collected despite the sweltering heat.
I saw the pride in CJI Dipak Mishra when NaMo mentioned the three women Justices in Supreme Court.
Top

Kashi wrote:If you count 15 August 1947 as the first independence day, then that makes it 72 no?

Kashi Saar, you are correct. I am counting it as if this was a birth date and not an anniversary. Someone who was born on 15 Aug 1947, would indeed be 71. But for an anniversary celebration, it is indeed 72. My bad. This is like my Sriharikota, Tamil Nadu gaffe

Regardless of my gaffe, I do not want to take away from the celebrations. Enjoy.

Ramana-ji, thank you for amending the thread title.
Top 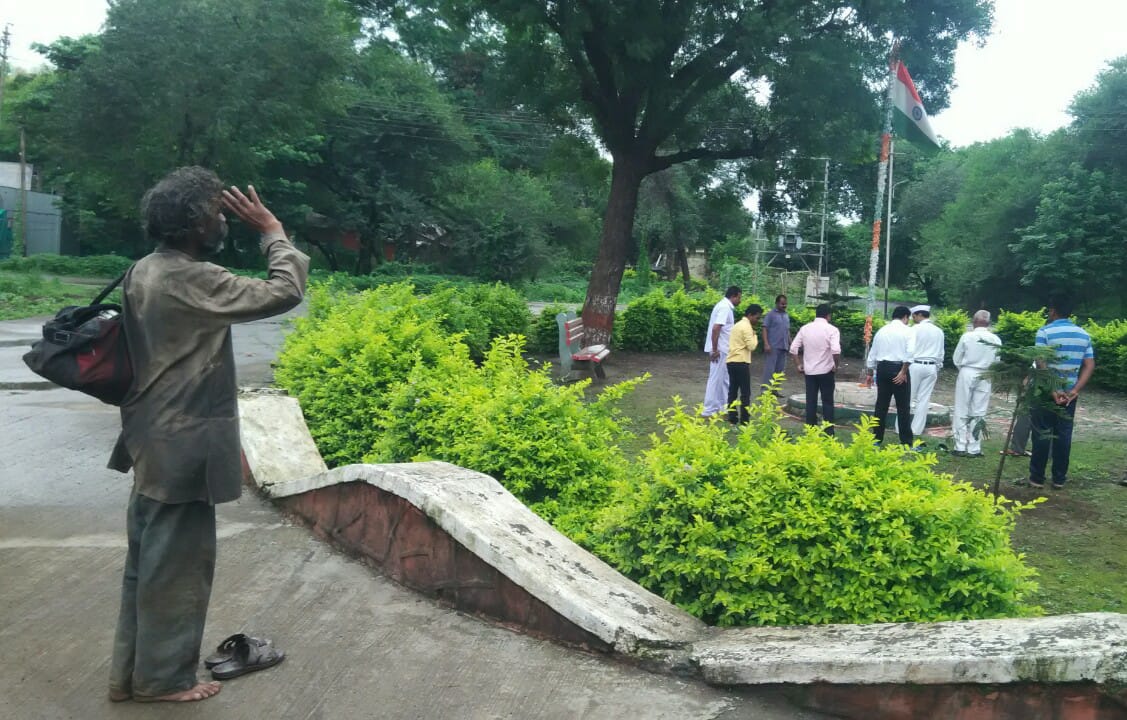