The Technology & Economic Forum is a venue to discuss issues pertaining to Technological and Economic developments in India. We request members to kindly stay within the mandate of this forum and keep their exchanges of views, on a civilised level, however vehemently any disagreement may be felt. All feedback regarding forum usage may be sent to the moderators using the Feedback Form or by clicking the Report Post Icon in any objectionable post for proper action. Please note that the views expressed by the Members and Moderators on these discussion boards are that of the individuals only and do not reflect the official policy or view of the Bharat-Rakshak.com Website. Copyright Violation is strictly prohibited and may result in revocation of your posting rights - please read the FAQ for full details. Users must also abide by the Forum Guidelines at all times.
Post Reply
1177 posts

I read the PM from a forum moderator just today! I totally overlook private messages on this forum. Anyway, I was being quite sarcastic and disgusted with all these accidents on Indian roads. It's not good, of course, that anyone of any occupation dies. I was thinking of India's poor doctor to patient ratio, and how such horrific accidents and losses of doctors are going to hurt.
Top

The Ayushman Bharat Pradhan Mantri Jan Arogya Yojana and the path to universal health coverage in India: Overcoming the challenges of stewardship and governance

Public spending on healthcare in India is [..] just over 1% of gross domestic product (GDP)

The Ayushman Bharat Pradhan Mantri Jan Arogya Yojana (AB-PMJAY), approved by the Indian government in March 2018, is an ambitious reform to the Indian health system that seeks to provide financial health protection for 500 million of the most vulnerable Indians and halt the slide of the 50–60 million Indians who fall into poverty annually as a result of medical-related expenditure.

Indian government approved the ambitious AB-PMJAY in March, 2018. The scheme, colloquially referred to as “Modicare” after Indian Prime Minister Narendra Modi, aims to build on existing schemes to provide publicly funded health insurance cover of up to 500,000 Indian rupees (over US$7,000) per family per year to about 100 million families (500 million people, 40% of India’s population) . The scheme builds on the previous programs outlined above (for example, the National Health Mission still forms the basis of primary care under the new program) and has been designed to be implemented to either take over or operate alongside state-based programs, but has a broader remit in terms of the services covered and the amount of coverage that each individual is entitled to. The government has so far allocated 100 billion rupees (almost US$1.5 billion) to the program for 2018–2019 and 2019–2020 . Currently, the country spends about US$64 per person on healthcare, two-thirds of which is privately financed by user fees. As such, current UHC initiatives in India centred on AB-PMJAY alongside state-based programs such as those in Andhra Pradesh, Telangana, Tamil Nadu, Karnataka, and Kerala represent, as a whole, one of the most ambitious ever health and, one could argue, poverty-alleviation programs ever launched.

Eligibility for the scheme is determined based on deprivation criteria measured in the 2011 Socio-Economic Caste Census. There is no limit to the number of family members covered, and benefits will eventually be India-wide (if all states and union territories sign up to the program). This means that a beneficiary will be allowed to take cashless benefits from any public or empanelled private hospital across the country. State health authorities will lead the implementation of the AB-PMJAY, and states are free to continue to provide existing programs alongside the national program or integrate them with the new scheme. States will also be able to choose their own operating model to either use the expenditure to pay a private insurance provider to cover services, provide services directly (as elected by Chandigarh and Andhra Pradesh, for example), or a mix of the two (as in Gujarat and Tamil Nadu). Expenditure under the program will also be shared between the central and state governments in a prespecified ratio depending on the legislative arrangements and relative wealth of the states, with the Indian government covering between 60%–100% of expenditure.

The AB-PMJAY offers a unique opportunity to improve the health of hundreds of millions of Indians and eliminate a major source of poverty afflicting the nation. There are, however, substantial challenges that need to be overcome to enable these benefits to be realised by the Indian population and ensure that the scheme makes a sustainable contribution to the progress of India towards UHC.

The US Food and Drug Administration (FDA)’s Centre for Devices and Radiological Health has designated a medical invention by a Bengaluru-based scientist as a “breakthrough device” in the treatment of liver, pancreatic and breast cancers.

Cytotron, developed by Rajah Vijay Kumar, aids in tissue engineering of cancer cells, altering how specific proteins are regulated to stop these cells from multiplying and spreading.

“We are pleased to inform you that your device and proposed indication for use meet the criteria and have been granted designation as a breakthrough device,” states a communique from the FDA wing to Shreis Scalene Sciences, the company that had taken the device to the US.

Cytotron is intended to cause degeneration of uncontrolled growth of tissues. “It is indicated for treating protein-linked, abnormally regenerating disorders such as neoplastic disease, and allowing extended progression free survival, with pain relief, palliation, improved quality and dignity of life,” says the letter.

Kumar had developed Cytotron at the Centre for Advanced Research and Development, which is headquartered in Bhopal, after nearly 30 years of research into cellular pathways and interactions with specifically modulated fast radio bursts.

“It is a great feeling that after so many years of hard work, against all odds, an institution like the USFDA is designating our work as a breakthrough in the treatment of three types of cancers,” Kumar said.

New technologies in the battle against cancer have generally been hard to come by. It’s even rarer for an Indian device to get breakthrough status in the US. The Centre for Devices and Radiological Health is responsible for pre-market approval of all medical devices in the US, ensuring they are safe for use and effective.

“The devices will all be made in India, given that there are hardly any imported components. And our American partner will take the device to the US. Cytotron is already an approved medical device and is in use in the UAE, Mexico, Malaysia and Hong Kong, among others,” Kumar said.

FRBs are produced when a radio signal travels through a powerful instantaneous magnetic field on its path to the target. “FRBs can be used to communicate with the cellular command and control, to up or down regulate a specific protein or gene,” Kumar said in a statement.

He added: “In cancer cells, Cytotron does two things: First, it alters the protein pathways of a pro-apoptosis protein called p53 via p21 inducing programmed cell death in the cancer cells. Second, exposure to Cytotron stops metastasis by inhibiting the epithelial mesenchymal transition cells, responsible for spread of cancer; 90% cancer patients die due to metastasis.”
Top

National `AYUSH Grid' to connect all hospitals and laboratories.
Top

India plans to snatch away China’s control over drug market; what it is doing to supply globally.

India plans to ramp up production of pharmaceutical ingredients and become an alternative supplier for global drugmakers hit by factory shutdowns in China due to the coronavirus outbreak. The Indian government has aggressively begun implementing a policy to ramp up local output and emerge as an alternate to China, according to people familiar with the plan who asked not to be identified as discussions are not public yet. The so-called “China-plus one” strategy involves identifying essential drug ingredients, providing incentives to domestic manufacturers and reviving ailing state-run drugmakers, they said.

The deadly coronavirus, which shut down vast swathes of the Chinese economy before becoming a pandemic, snapped global supply chains as factories in Asia’s largest economy fell silent. For India — world’s single-largest exporter of generic drugs — this triggered raw material shortages and exposed its dependence on Chinese imports. The south Asian nation relies on bulk ingredients from China to manufacture a fifth of the global supplies of drugs that are off patents.

India imports almost 70% of its bulk drugs and intermediates – the chemicals that make a finished drug work — from China. A number of these are sourced from Hubei province, where the pathogen first emerged in late-December. Of the total $3.56 billion imports of such products in 2018-19, China’s share was $2.4 billion, according to information presented in the Indian parliament.

After announcing a 140-billion-rupee ($1.8 billion) fund last month for setting up three drug manufacturing hubs, the government has identified 53 key starting materials and active pharmaceutical ingredients (APIs) whose output will be boosted on priority, the people said. These include fever-medicine paracetamol and antibiotics such as penicillin and ciprofloxacin.

Discussions are also underway on the viability of reviving on loss-making state-owned drugmakers Hindustan Antibiotics Ltd. and Indian Drugs and Pharmaceuticals Ltd. to speed up this process and ensure affordable medicines, the people familiar said.

“Indian bulk drug manufacturers could grow income by $3.3 billion if they expand capacity and global supply as the virus outbreak disrupts China’s pharma sector,” Mia He and Jamie Maarten, analysts with Bloomberg Intelligence wrote in a March 16 note.

Essential Medicines
Of the 373 drugs listed under India’s national essential medicines list, some 200 are imported as APIs, mostly from China, Dinesh Dua, chairman of Pharmexcil, an export promotion council under the trade ministry, told Blomberg over phone.

“If the government goes full throttle with the monetary help in one cluster, it can become a success in two years,” Pharmexil’s Dua said. “In five years, we can replicate that model throughout the country.”
Top

^^ I'm glad GOI woke up after the virus otherwise they were sleeping on the helm for years.
Top

There has to be a 2% "health security tax" on all API imports, and this money used to support domestic production. WTO be damned, just like WHO.
Top

vimal wrote:^^ I'm glad GOI woke up after the virus otherwise they were sleeping on the helm for years.

Not only GOI, but the whole world has woken up. Even EU countries between them are blocking supply of things like protection masks, sanitizers etc. Germans placed an 30 000 pcs order of ventilators with a domestic company. This essentially blocked sale to other EU countries. Several advanced economies found that they were not able to manufacture even simple stuff.
Governments world over are rethinking import from China strategy. Expect a lot more local production in all countries.
Top

Two scientific papers on child survival published on Tuesday by the India State-Level Disease Burden Initiative depicted a significant decline 49% in the under-5 mortality rate (U5MR) between 2000 and 2017, but it pointed out inequality between states and wide variations between districts.

While there is a variation of 5-6 fold in the rates between states, there is also a variation of 8-11 fold between districts, noted the report published in the Lancet. The initiative is driven by the Indian Council of Medical Research and the Public Health Foundation of India, among others.

“The research paper has shown that India has made positive strides in protecting the lives of newborns over the last two decades,” Niti Aayog member V K Paul said
Top 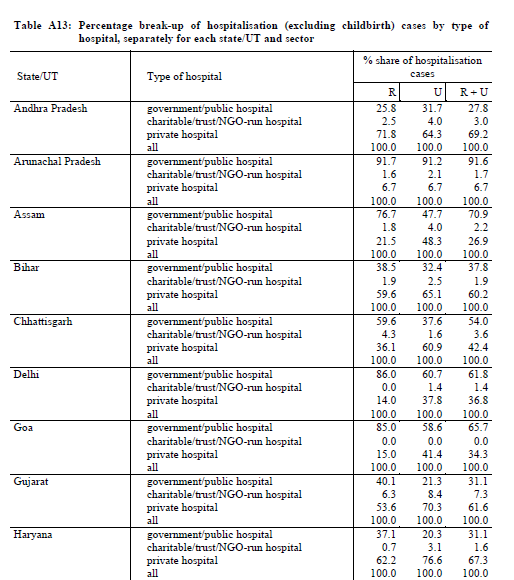 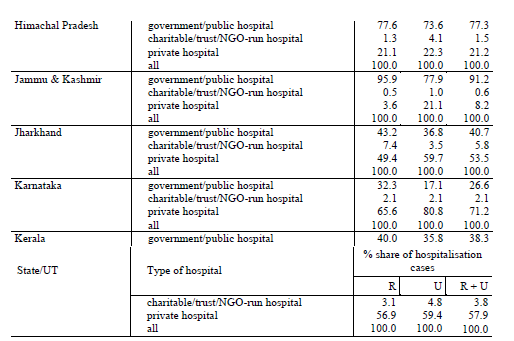 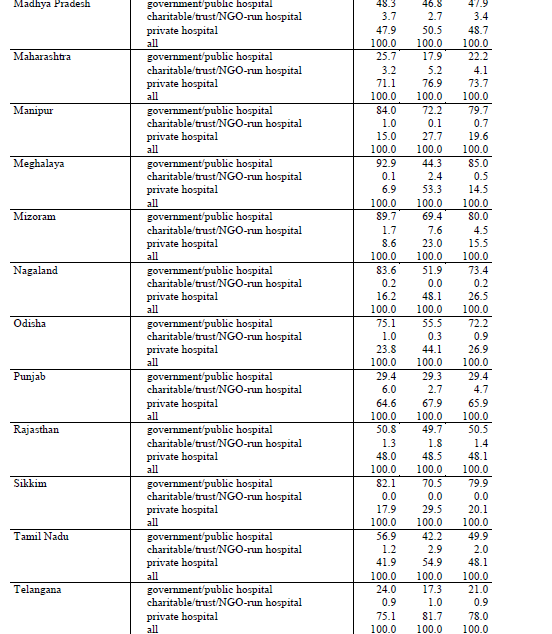 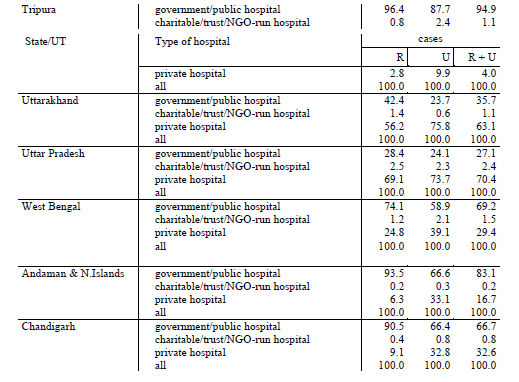 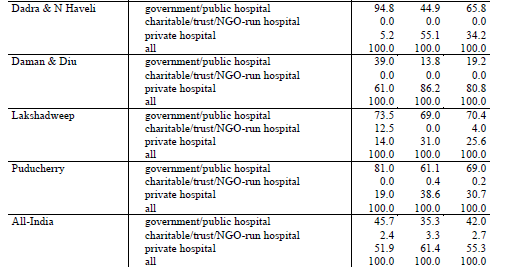 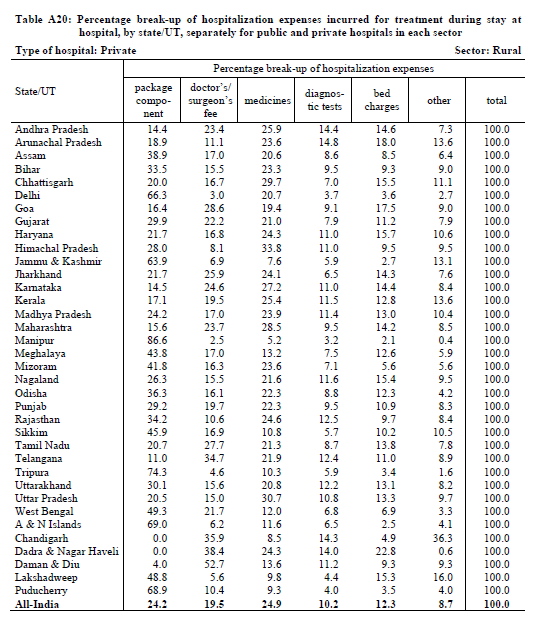 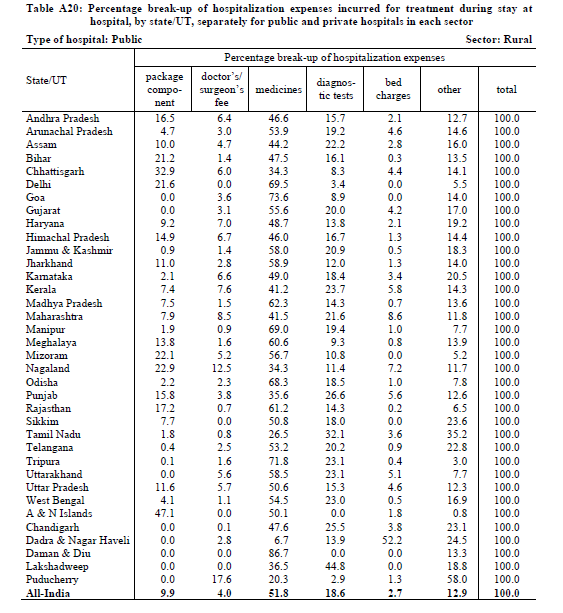 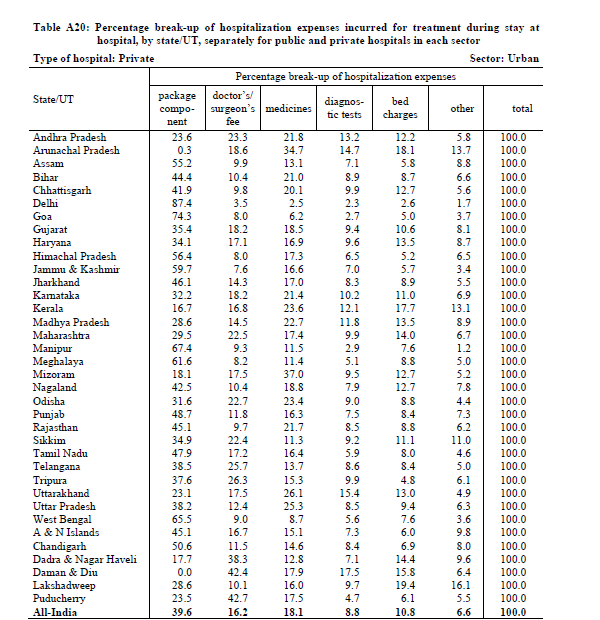 Do any of you know id the India HealthStack has an 112 API or 108 API?
I am hoping to find some more details.
Thank you in advance.
Top

How about opening one AIIMS level hospital in every district HQ?
Also if we open one in each developing country it will be a great projection of soft power. Maybe alongwith an IIT and an IIM too!
Top

Does anyone know India HealthStack has 108 integration?
Top

Does anyone know have additional information on Modi's Govt is creating a National Health ID?

BARC's DRHR has made a Sleep Apnea Device

Users browsing this forum: No registered users and 48 guests