The Technology & Economic Forum is a venue to discuss issues pertaining to Technological and Economic developments in India. We request members to kindly stay within the mandate of this forum and keep their exchanges of views, on a civilised level, however vehemently any disagreement may be felt. All feedback regarding forum usage may be sent to the moderators using the Feedback Form or by clicking the Report Post Icon in any objectionable post for proper action. Please note that the views expressed by the Members and Moderators on these discussion boards are that of the individuals only and do not reflect the official policy or view of the Bharat-Rakshak.com Website. Copyright Violation is strictly prohibited and may result in revocation of your posting rights - please read the FAQ for full details. Users must also abide by the Forum Guidelines at all times.
Post Reply
38 posts • Page 1 of 1

We thank for all his services to the nation. May he attain moksha and may we be blessed with more such people of high caliber.

Om Shanti to his soul
Top

May his soul rest in peace
Top

Very sad news. There have been times when it felt that Shri Jaitley was not the best finance minister but none can deny his patriotism and effort. One more true son of Bharatmata passes on.

May his soul rest in peace.
Top

Om Shanti. It's unfortunate he was vilified by many BJP supporters and did not get his due.
Top

Om shanti! Shraddhanjali to Shri Arun Jaitleyji. His contribution to the country shall always be remembered.
Top

RIP sir and God may give long life to others.
Top

Hari OM.. May mother divine offer him Moksha in her lotus feet.
Top

Very Sad News! May He Rest in Peace.
Top

Om Shanti to another of Bharat mata's son/daughter lost too early: Om Shanti, may Lord Hanuman take good care of you!
Top

Om Shanti. A truly under-appreciated son of the soil.
Top

May his soul find peace!
Top

Bhagwan inhe sadgathi Pradan Kare!!
If I may add 370 is his achievement and brainchild
Top

I am away and my friend left: @narendramodi gets emotional while paying homage to Arun Jaitley in Bahrain. 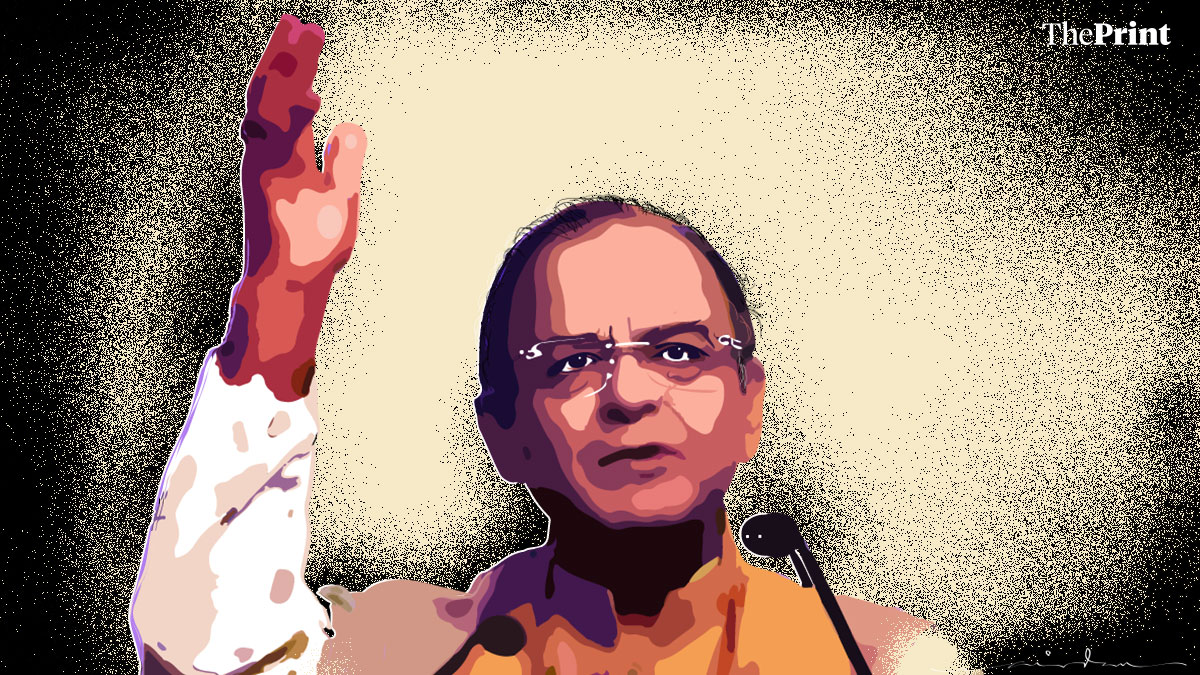 Bhagavad Gita, Chapter 2, verse 22
“Just like people shed worn-out clothes and wear new ones, likewise, it casts off its worn-out body and enters a new one.”

Souls can't rest in peace in Sanatan dharm. It can just move from one body to another until it attains moksh!
Top

Really sad. No words yet to express the anguish.
Top

Jaitleyji was an articulate leader who made a lasting contribution to India. His passing away is very saddening.
Om Shanti.
Top

Oh! This is a bit too much to bear to have these stalwarts go one after other in such quick succession, even though Parrikarji, Sushmaji and Jaitleyji were all seriously ill in the recent years.

As the consigliere of BJP, AJ is probably irreplaceable. His work in implementing GST through all the politics, inertia, and FUD is something the nation will be thankful for a long time. Just really saddened to see him go.
Top

Om shanthi, people say he stood by NM as a rock during NM's testing times, we all owe a big gratitude to him.
Top

With the passing of Jaitley ji, the second rung of the party's most promising leadership has almost been wiped put.

Need to start again to build up and set the succession plans in place and in motion to see through the election after the next one.
Top

A big loss. Arun Jaitley ji was a pillar of strength for PM Narendra Modi. Very unfortunate just like Parikkar ji. These are difficult vacums to fill.
Top

RIP sir and God may give long life to others.

We owe this man a huge debt of gratitude for getting the country back on the right path. Him, Mrs Swaraj, Ananth Kumar and the late Parrikar sir. All 4 of them did a lot to keep Indian interests first & foremost.
Top

He will be missed...
Top

Shat Shat Pranam for his service to our Nation! May his atma attain moksha.
Top

May Waheguru give eternal peace to the departed soul of Shri Arun Jaitley ji.


He is dead but where is his son? Why the part has, in this moment of grief, not declared his son as the next Finance Minister?

And similarly why the daughter of Late Sushma Swaraj for whom the whole country was mourning, has not yet been made the Foreign minister?

Manohar Parrikar, even in his last days discharged his public duty with a medical tube inserted in this nostrils. Where are his two sons?

Late Ex PM Vajyapaee, Did he leave any successor to mint his legacy?

Do you notice? we do not even know the name of their sons and daughters.

BJP might have hundred flaws but it has a system where they don't create dynastic monarchs.

One thing which was common between Arun Jaitley, Sushma Swaraj and Manohar Parrikar was that they all rose to giant stature due to their sheer merit nothing less, nothing more.

Jaitley is dead but the Democracy is alive!!!
Top

I keep thinking that 3 out of the 4 members of the Modi 1.0 Cabinet Committee on Security - AJ, SS and MP - are dead now. It's a big, big loss to the Nation and to the BJP, who will have to accelerate its pipeline of senior leadership.

Om shanti and thank you to each of these souls who contributed towards Bharatmata.
Top

I hope other BJP leaders take note and look after their health more. Amit Shah for example looks obese. Gadkari too has weight problems and needed surgery to rectify this. Modi too has excess waist fat which is linked to a higher risk of heart disease.
Top
Post Reply
38 posts • Page 1 of 1

Users browsing this forum: No registered users and 34 guests