The Military Issues & History Forum is a venue to discuss issues relating to the military aspects of the Indian Armed Forces, whether the past, present or future. We request members to kindly stay within the mandate of this forum and keep their exchanges of views, on a civilised level, however vehemently any disagreement may be felt. All feedback regarding forum usage may be sent to the moderators using the Feedback Form or by clicking the Report Post Icon in any objectionable post for proper action. Please note that the views expressed by the Members and Moderators on these discussion boards are that of the individuals only and do not reflect the official policy or view of the Bharat-Rakshak.com Website. Copyright Violation is strictly prohibited and may result in revocation of your posting rights - please read the FAQ for full details. Users must also abide by the Forum Guidelines at all times.
Post Reply
2295 posts 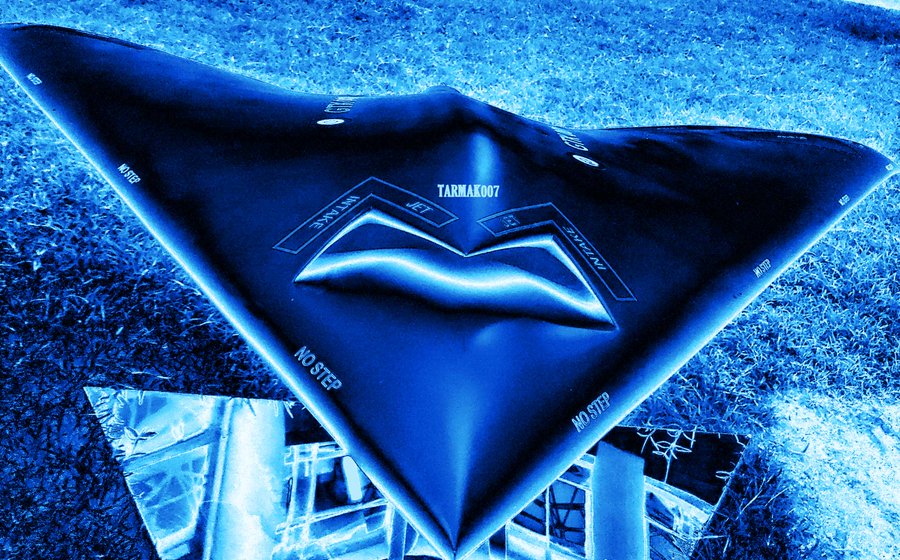 Soon, tech that can aid forces in ‘beyond enemy lines’ operations

A special personnel tracker being developed for 'strategic use' holds the potential of aiding India’s armed forces sent on ‘beyond the enemy lines’ operations in the future, and the fact that the new technology is completely indigenous will mean more secrecy.

As part of its Indian Regional Navigation Satellite System (IRNSS), the Indian Space Research Organisation (Isro) has developed the technology for the said personnel tracker, and transferred the same to Defense PSU Bharat Electronics Limited (BEL).

This technology is not part of the regular chipsets or other receivers developed as part of IRNSS programme. This will be part of ‘Restricted Service’ (IRNSS-RS), developed specifically for strategic users of the country, a source from the department of space, said.

Isro has been quiet about this technology, which has been in the works for at least 18 months now. One official Isro document that partially explains this and other IRNSS-RS technologies, reads: “The IRNSS–RS provides location navigation service with anti-spoofing technology for authorized users. Personnel Tracker gives position information in TDMA mode of operation.”

TDMA or time-division multiple access mode — which separates users according to time — ensures that there will be no interference from simultaneous transmissions, while anti-spoofing technology prevents traffic from false sources (IP addresses).

Elaborating on this, sources said given that IRNSS covers the entire sub-continent region, if a team of armed forces personnel “were on a job on the other side (of the border), their commanders back home will know their exact position at all times.”

The Isro document further read: “The tracker supports small message as well as data transfer through satellite and USB/Bluetooth user data interface. This tracker will be used to track the person in the field of operation in situations like disaster rescue operation, surveillance etc.”

When asked a specific question on its uses in “beyond enemy lines” operations, Isro chairman K Sivan told TOI: “I don’t want to elaborate on this question as it is a strategic project.” On the benefits of tracking ships and personnel, he said: “It has complete strategic uses, we shouldn’t discuss it now.”

Sources said that the fact this technology would be working on completely indigenous technology, including the satellite used to get the location — longitude and latitude — makes it more suitable for such operations.

Before IRNSS, while India could, using its remote sensing satellites map areas of operation/s, it had to depend on foreign resources like the GPS for location and navigation services. “Now, the data will remain with us and only us,” another source said.

HAL ties up with IAI to manufacture Heron TP in India. RIP Tapas/Rustom.

not a aerospace engineer but what fails me is ... we can design space rockets/satellites/Tejas / etc but cant make a UAV !! whats missing??
Top

manjgu wrote:not a aerospace engineer but what fails me is ... we can design space rockets/satellites/Tejas / etc but cant make a UAV !! whats missing??

Really ? It's mysterious to me why this is so mysterious. Isn't it quite simple.. variation in competence. Don't we see it around us everywhere - especially in the public sector ?

Existence of islands of excellence/plenty does not imply every island is bountiful... does having AIIMS mean every government hospital has the same capability ? So having an ISRO does not imply that ADE will/can rise to a similar level... hell, having an ADA/HAL team firing on "all" cylinders (Tejas) did not correlate with their track record on HPT32RCA/IJT and only now they're crawling out of the deep hole with HTT-40 (fingers crossed)
Top

Any updates on any of the UAV programs since zilch news on any over these 1-2 years ?
Top

https://twitter.com/livefist/status/123 ... 16352?s=20 ----> BIG: The President made it clear in his scripted speech today that armed drones requested by India are very much part of ‘dealings’ at present. India has asked for at least 10 Avenger/Predator C drones, turned down by the Obama Admin. 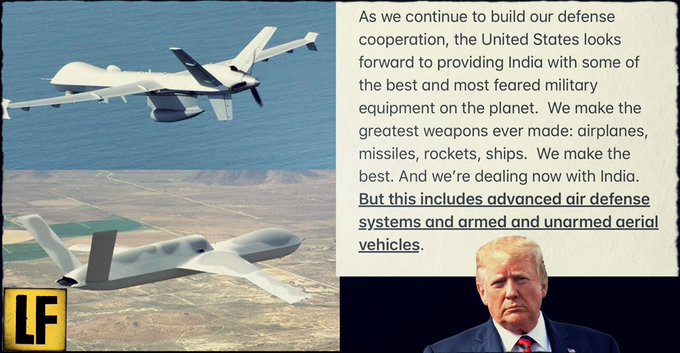 Rakesh wrote:https://twitter.com/livefist/status/1231944195356516352?s=20 ----> BIG: The President made it clear in his scripted speech today that armed drones requested by India are very much part of ‘dealings’ at present. India has asked for at least 10 Avenger/Predator C drones, turned down by the Obama Admin.

looks like the deal is done, for 10+10+10, for each service in different configurations., but i do worry about spending nearly 200 million a pop (more than a fighter jet) when their survivability is in question against a well defended air space, we are not going after the mullahs or a rag tag militia.
Top

In the Syrian civil war, Turkey is using its indigenous drones to target Syrian govt targets. Expect the Turks to export some of them to Pakis .

Turkish drones being used in Syria reportedly include the TAI Anka family of drones, which have a weapons payload of up to 200 kg, as well as the Bayraktar TB2, a long-endurance UAV armed with anti-tank missiles.

Turkish UAV's destroyed a Russian-made BUK-M2 (SA-17) medium-range air defense missile system as the regime attempted to pull it out of the conflict zone in Saraqib. https://t.co/H3jZ7QFBCQ

Krishnakg wrote:Turkish UAV's destroyed a Russian-made BUK-M2 (SA-17) medium-range air defense missile system as the regime attempted to pull it out of the conflict zone in Saraqib. https://t.co/H3jZ7QFBCQ

Turkey is using relatively cheap small to medium sized drones in that theater which isn't something new or innovative (though it is for them). They are most definitely NOT using drone swarms or anything of that nature which is a technology and capability that is probably half a decade to a decade out (at that scale/capability) even for the most technologically advanced nations.
Top

They are most definitely NOT using drone swarms

What I was trying to communicate was that they are flying multiple drones (not autonomous or in sync with each other) simultaneously and continuously hitting the Syrian columns and convoys.
Top
Post Reply
2295 posts