Thanks for sharing Guna

It's almost a crime not to have this as your desktop background!
Source: HVT 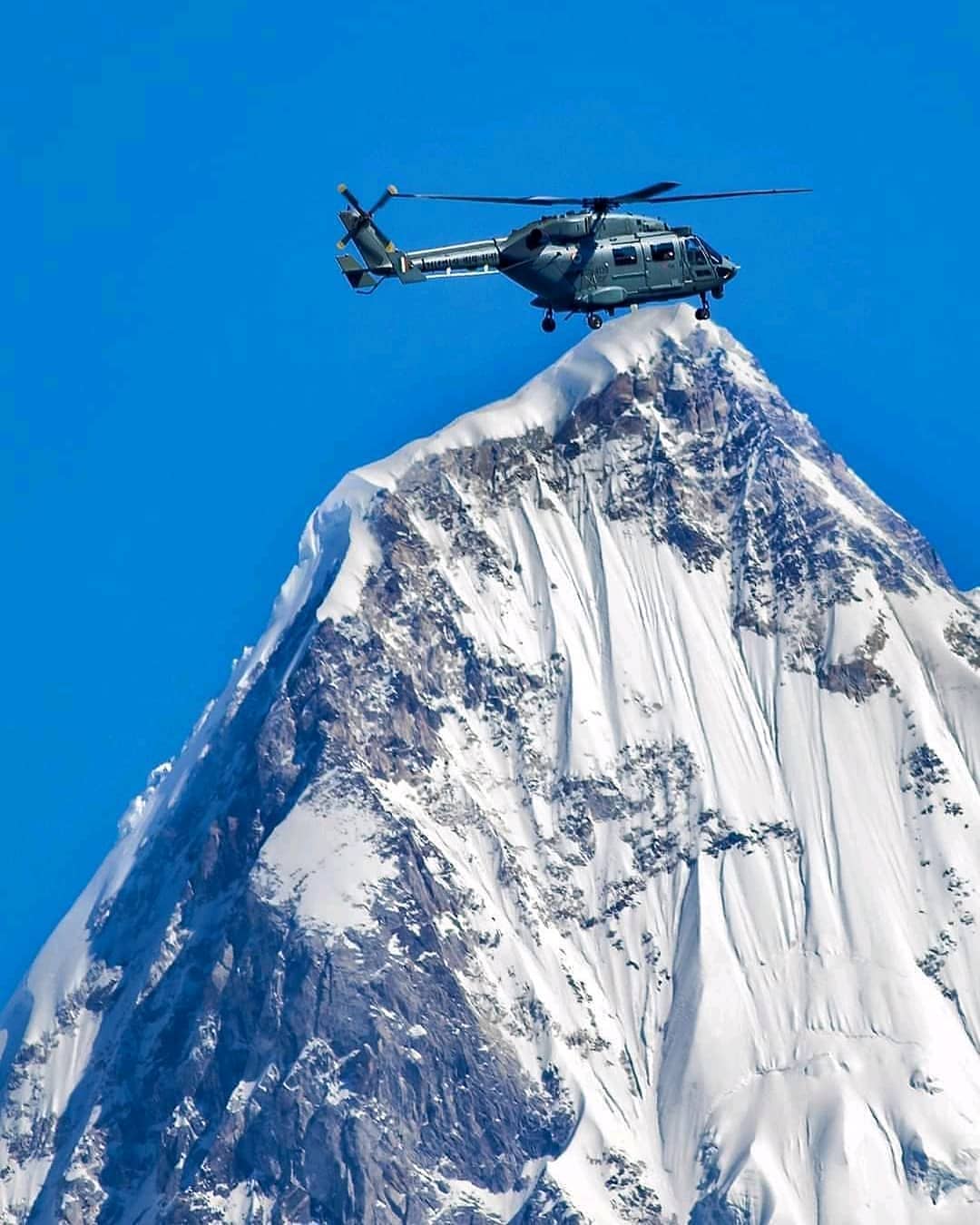 Not sure if this has been posted. 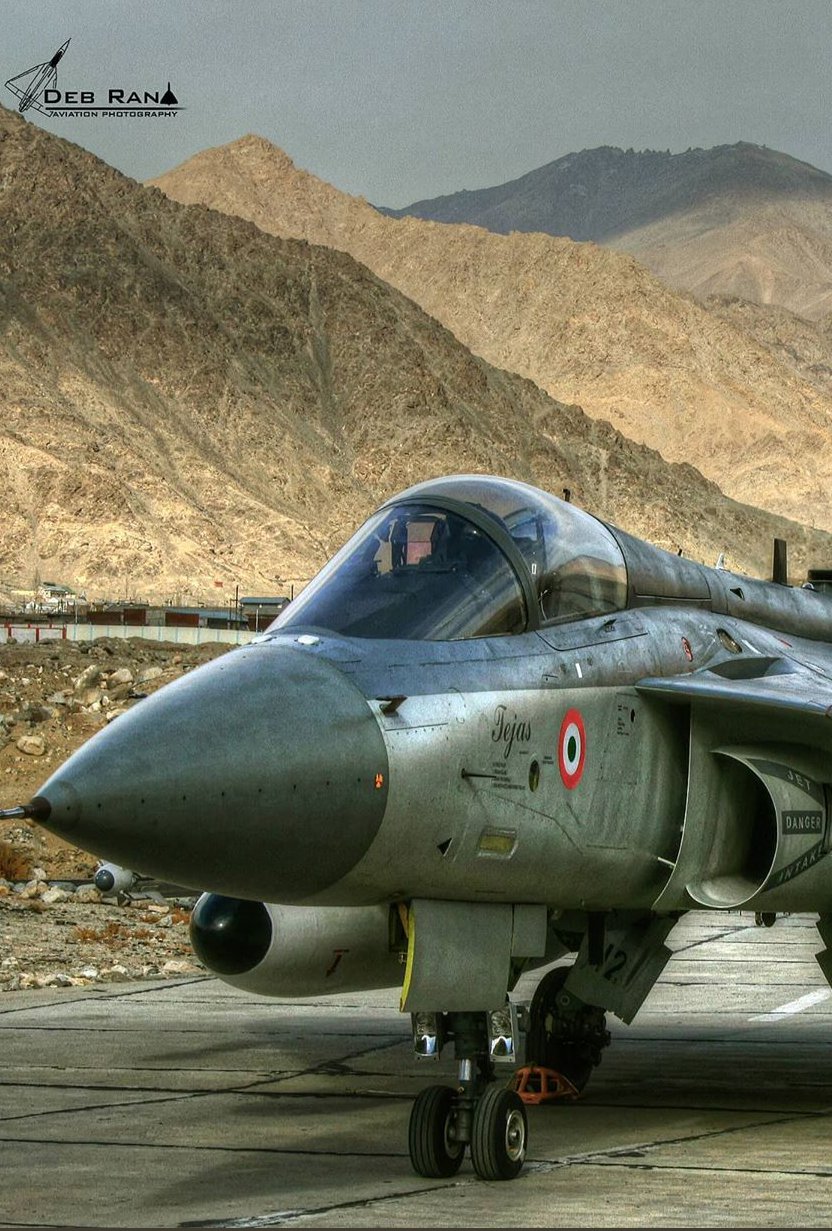 Deb Rana is a genius!
Top 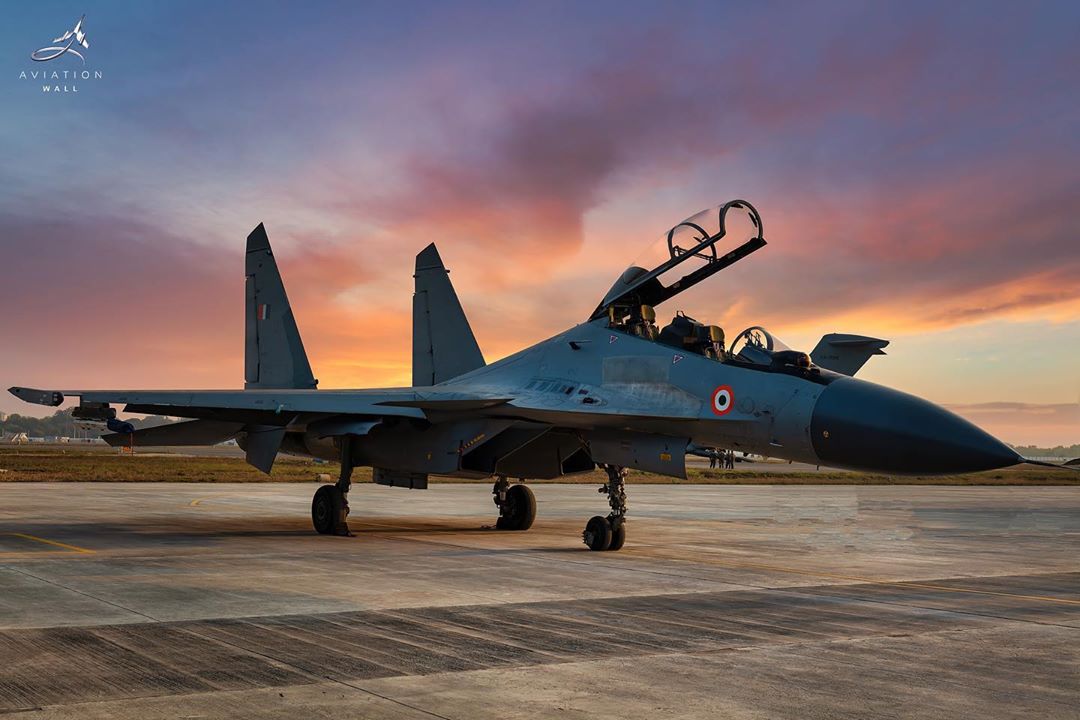 never visited this thread, as videos didnt open up from office network...but it is a goldmine..
in line with the first post of thread, will be sharing documentaries or series that I watched
1. Dogfight: These are the playlists for different wars..it's disheartening that we dont have similar simulations on balakot...or are there?
https://www.youtube.com/watch?v=ZGEXz90 ... RY_7UsFwKx

I really hope they do not HAM this, like they did with the movie on Flt Lt Gunjan Saxena (Retd).... 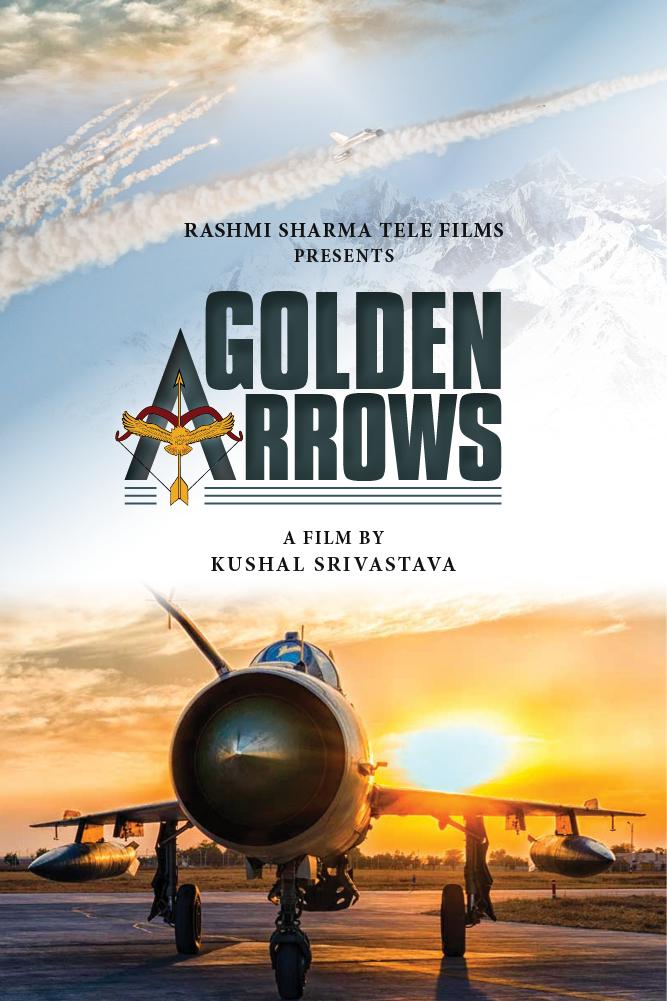 The soon to be out of production unless MoD wakes up.... Vajra-T 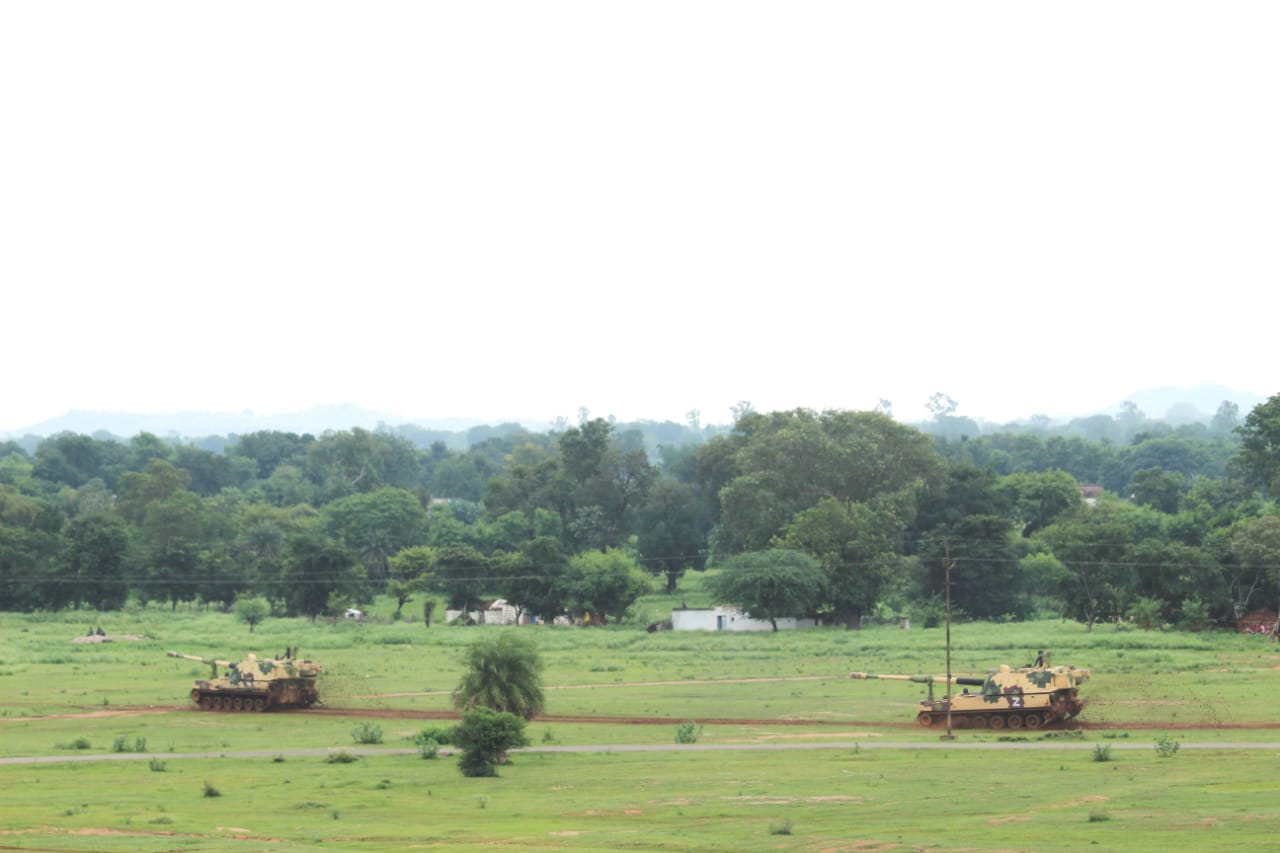 Is this mig-21 bison firing AAM? The way a long pitot tube, modern HUD and a bison type canopy can be seen...it could be

Indian Army Soldiers Patrolling In The Snow In The Ladakh Region

^^ Some great footage of IAF hardware in action.
Top

The year 2020 began with a momentous decision in Indian Defence history. The Department of Military Affairs was set up and the post of Chief of Defence Staff (CDS) created. General Bipin Rawat assumed office of CDS on 1st January 2020. The CDS is made Principal Military Advisor to the Raksha Mantri on all Tri-Services matters.
●
Indian Army has resolutely countered adversaries on the Line of Control (LC) and the Line of Actual Control (LAC) and carried out relentless Counter Insurgency (CI)/ Counter Terrorist (CT) operations.
●
Defending the territorial integrity of India in Galvan Valley has been the most shining example of the valour of our forces this year in which 20 brave India soldiers made the supreme sacrifice.
●
India categorically conveyed China that any attempt to unilaterally alter the status quo at the border is unacceptable and that India is determined to protect its sovereignty and territorial integrity.
●
To make Indian Army future ready, budgetary constraints for capability development and meeting other requirements have been removed.
●
Eight Rafale aircraft inducted and operationalised on 20th September, 2020, sending strong message for those who challenge India’s sovereignty. With its world class capability, Rafale aircraft is a game changer for India’s national security.
●
Air version of supersonic BrahMos Air missile integrated on Su-30 MKI.
●
The strength of Indian Navy furthered with the commissioning of i) INS Kavaratti (P31), a fully combat-ready Anti-Submarine Warfare (ASW) stealth corvette and ii) commissioning of warship IN LCU L57.
●
The year 2020 will go down in the history as a gloomy time for almost the entire world. Covid-19 pandemic halted normal human activities and paralysed economies to the brim. Amidst the rubble of the year the government moved to turn the crisis into opportunity. With this is mind, Prime Minister Shri Narendra Modi gave a clarion call for Atma Nirbhar Bharat Abhiyaan to put the economy on high growth trajectory.
●
Aligning with the vision of Atmanirbhar Bharat Defence Acquisition Procedure 2020 unveiled. It aims to give impetus to the growing domestic industry and achieve enhanced self-reliance in defence manufacturing.
●
Defence Offset Guidelines 2020 promulgated to attract investments and technology through offsets to enhance capabilities in the domestic Defence manufacturing sector and promote the “Make in India” initiative.
●
‘Atma Nirbharta’ week celebrated from 07 to 14 August 2020 to promote indigenous development of materials & equipment to achieve Self-reliance in Defence manufacturing. Modernization/ up-gradation of facilities and new infrastructure creation by Defence PSUs and Ordnance Factories Board launched.
●
Out of 43 ships on order for Indian Navy, 41 are being built indigenously and AoN exists for construction of 44 ships and submarines to be built indigenously.
●
Corporatisation of Ordnance Factory Board initiated to enhance their efficiency and accountability.
●
Foreign Direct Investment limit in defence manufacturing under automatic route raised from 49% to 74%.
●
DRDO's pursuit of self-reliance and successful indigenous development and production of strategic systems and platforms such as Agni and Prithvi series of missiles; light combat aircraft, Tejas; multi-barrel rocket launcher, Pinaka; air defence system, Akash; a wide range of radars and electronic warfare systems; etc., have given quantum jump to India's military might.
●
Women’s participation has been increasing over the years and the Government is further enhancing their role on priority. Short Service Commissioned (SSC) Women Officers granted permanent commission in all ten streams of Indian Army. Four women officers have been appointed onboard Indian Navy ships. Captain Tania Sher Gill, led an all-men contingent in Republic Day Parade 2020.
●
• Border Roads Organisation continued with works of strategic importance like Construction of Major Bridges, Roads, Tunnels and Snow Clearance for opening of Strategic Mountain Passes braving Covid-19 threat.
●
World’s longest Highway tunnel – Atal Tunnel built by BRO dedicated to the nation by Prime Minister Shri Narendra Modi on 3rd October 2020.
●
80-kilometre-longRoad link from Dharchula (Uttarakhand) to Lipulekh (China Border) inaugurated on 20th May 2020.
●
44 Bridges of strategic importance in sensitive areas close to Western, Northern and North Eastern Borders, across seven States and UTs opened on 12 October.
●
The 11th edition of India's biennial military exhibition, DefExpo was held in Lucknow, Uttar Pradesh, which showcased the potential of the country as a global defence manufacturing hub. More than 1,000 defence manufacturers and 150 companies from all over the world took part in this Expo.
●
Armed Forces played pivotal role in mitigating the sufferings of the people in the face of novel Coronavirus (COVID-19). Right from rescuing stranded Indians from COVID-19 affected areas, such as China, Iran, Italy, Malaysia, etc, to providing relief materials to all across the country, Armed Forces have put in place all its medical and manpower resources. Hospitals of the Armed Forces and medical facilities have been dedicated to treat COVID-19 patients and some of its bases were turned into quarantine centres.
●
Besides the all-out efforts of Armed Forces, its various organisations and arms like Armed Forces Medical Services, DRDO, Defence Public Sector Undertakings, Ordnance Factory Board, Indian Coast Guard, Cantonment Boards, National Cadet Corps contributed in their own ways to fight this pandemic.

On the occasion of Army Day.

Does anyone know how this guy Abhishek Singh gets such amazing footage of IAF jets?