The Military Issues & History Forum is a venue to discuss issues relating to the military aspects of the Indian Armed Forces, whether the past, present or future. We request members to kindly stay within the mandate of this forum and keep their exchanges of views, on a civilised level, however vehemently any disagreement may be felt. All feedback regarding forum usage may be sent to the moderators using the Feedback Form or by clicking the Report Post Icon in any objectionable post for proper action. Please note that the views expressed by the Members and Moderators on these discussion boards are that of the individuals only and do not reflect the official policy or view of the Bharat-Rakshak.com Website. Copyright Violation is strictly prohibited and may result in revocation of your posting rights - please read the FAQ for full details. Users must also abide by the Forum Guidelines at all times.
Post Reply
731 posts

Geeta Luthra and Prateek Yadav, lawyers of Rajiv Saxena (in picture, a co-accused in AgustaWestland case):

Rajiv Saxena was picked up by UAE state security from his residence this morning at 9:30 am (UAE time) and illegally extradited to India around 5:30pm (UAE time). 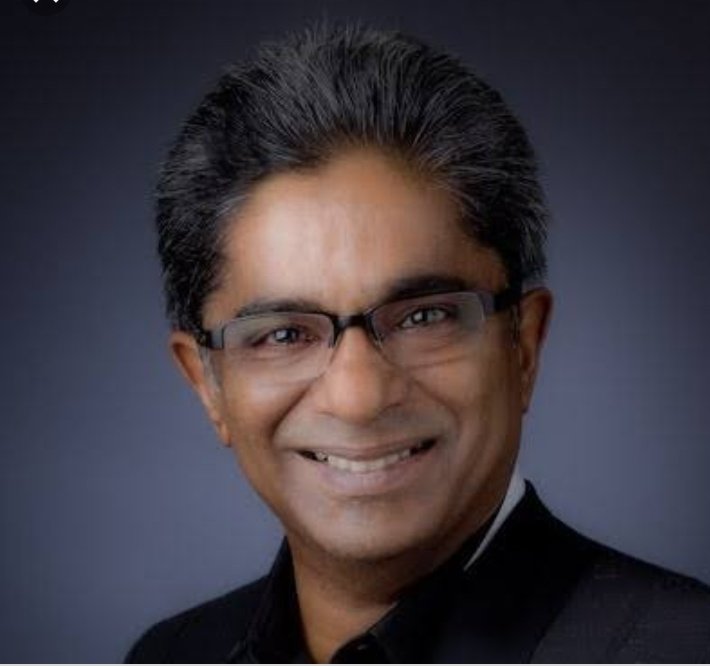 Geeta Luthra&Prateek Yadav, lawyers of Rajiv Saxena: There were no extradition proceedings started in the UAE & he was not allowed access to his family or lawyers or essential daily medicine. He was onboarded onto a pvt jet from a private terminal at Dubai International Airport.

Lawyers of Rajiv Saxena (co-accused in AgustaWestland case): When his lawyers asked to speak to UAE state security & demanded to understand what happened, they were told he's on flight & can’t be stopped. When they queried this further they were told “Ask the Indian Government”.

Karan M wrote:i hope this actually leads to something and the BJP does not use it as usual for some back room ploy and then drop the prosecution in a fit of ham-handed graciousness and megalomania

Agree 200%. Unless prosecuted and severely punished, it will be impossible to root out corruption. Also, those whose children have got foreign admissions, jobs or whose children's domestic NGO's have got disproportionate funding needs to be investigated as benami transactions as well. This was expected in 2014 itself.

The family's involvement in Augusta Westland, Pilatus and Embraer has breadcrumbs everywhere, especially the London houses that Priyanka G said in televised reports as hers.

The Embraer deal is especially tragic as Embraer had modified the aircraft at its own cost and done extensive testing in Alaska. With Embraer being blacklisted, we have to select, modify and extensively test another platform. Ideally we should have inducted couple of Nethra AEW&C for every Fighter Wing for persistent support of strike and air dominance missions.
Top

I think we should give amnesty to blacklisted foreign weapon companies if they rat out the indian parties involved and pay a nominal fine. Till date we have not managed to successfully prosecute even one case but have blacklisted half the suppliers.
Top

Yes punishing the corrupt and taking holistic approach to the supplier is needed.
If the supplier gave bribes to sell shoddy product its one thing but if product was good and still got kickbacks then its our own khota sikka.
Top

https://www.opindia.com/2019/06/supreme ... ly-abroad/
Supreme Court stays Delhi HC order permitting AgustaWestland accused Rajeev Saxena to fly abroad
Appearing for the Enforcement Directorate, Solicitor General Tushar Mehta, presented specific new facts with regard to other offences that have come to light and asserted that the CBI will be formally going to register an FIR against Saxena shortly.
Top

Not immediately relevant to Indian corruption, but I think this is precious Required Reading to get an idea of the networks and level of scamming behind arms and all international deals. Please read through.

There is one sentence especially, where it says Nigerians were not interested in AIDS-testing kits made locally in Nigeria (by the phoren company) because they preferred to get the commission on imports.
That describes the problem in a nutshell. Also, the on-again-off-again Deals and Inquiry Commishuns and Scandals are not peculiar to India.
The taxpayer and individual honest polis aphsars/ bureaucrats are irrelevant in these huge destructive swirling storms of corruption. Even the judges here seem to be described as idiots or crooks
Top

Karan M wrote:I dont think you got what I meant. The pressures that worked are clearly still in play, hence the TEDBF or whatever this program is being launched or is at least being shown some interest. MII is clearly a focus and the message has gone out that an unlimited cheque book tied to some notional GDP figure is not in play. The services have been given hitherto unprecedented freedom to make up UOR, WWR etc and MOD as well, but it comes with increased responsibility to "play fair and square" and not take the easy way out.

Like it or not, its becoming clear to the service HQs that the days of "import away, if it doesn't work, we will import again" are gone. People who are rising to the top, are also the "right kind", i.e. TPs and those with fire in the belly for true indigenization and MII, not merely some spares at BRD, ABW etc and then calling that sanction busting. Hard nosed decision makers who actually did stuff and know the nitty gritties of program management and complex indigenous programs. These were the guys who would be sidelined in years past.

Now, instead of import-fail-import again, the first import itself is being scrutinized, questions are being asked as to why the original plan failed. Not like the UPA era where "sab chalta hain" and no accountability was the norm in every GOI dept, services included and if any service guy bucked the norm like VK Singh did with Tatra he would be quickly shown the way out or conspired against.

As they say "fish rot from the head", under the UPA regime, it was pretty clear what the GOI wanted and what would be the end result. Those who played along (for a while at least) landed in hot water themselves but also saddled the services with some huge boondoggles. Its to the credit of the current GOI, they havent dug too much, lest it torpedo defence modernization and even sustainment of what we already have.

as always with the blowback, the lower levels have to carry the can for major eff ups at the ministry level as well as major players like defence PSUs and their agents ever willing to skew the equation in their favor without knowing head nor tail of the problem.

One PSU wanted exclusivity on the engines and all but scuttled the deal in their eagerness to buttress their balance sheet as well as that of a notorious dealer who was "advising" them.

almost every retired ex PSU chairman is running his own defence related business. These efforts are not mere happenstance. Most have been set up and nurtured while they were in service.

To avoid the inevitable arms merchants entering the fray when contests are taking place, the GOI coild enter into more G-to-G deals in the future.We've done that with several imports from the US. This would reduce the problem not eliminate it, but would require the babudom in the MOD to also come round.A simple example of yhe KA-236 helo deal signed after a tough contest by Mofiji and Putiin in 2015 has still not been sealed.In the meantime obsolete Chetaks continue to crash.

Secondly, some OEMs which supply critical eqpt. to tne country may get into a corruption controversy like RR, the Finnmeccanica Group ( VVIP hrlos), etc.Banning them would lead to a catastrophic situ as in the case of RR
whose engines are so widely used. So some systems of punishment, drafting of deals must be hugely improved to make it more difficult .for the corrupt to benefit.
Top

The court further imposed a fine of Rs 1 lakh each on the three convicts, while asking all of them to surrender before the court by 5 pm this evening.

The court had earlier found the three guilty of corruption and criminal conspiracy in the purported acquisition of hand-held thermal imagers.

The case was filed after a news portal in January 2001 aired a sting titled 'Operation Westend'.

The defence counsel had, however, asked for the court to show leniency as the convicts were aged.

In its ruling, the court had said that all three accused, along with Surender Kumar Surekha (who later turned approver), were involved in the criminal conspiracy that was executed around December 2000 and January 2001 at Delhi.

The verdict stated that Jaitley had accepted illegal gratification of Rs 2 lakh from Mathew Samuel, who was representing a fictional company called Westend International. Murgai, on the other hand, had received Rs 20,000, said the court.

The money was accepted for securing supply orders for hand-held thermal imagers from the Army.

^^^
Is this the first instance of anyone getting convicted in an arms deal corruption case (I can't recall any other case till date)? The bribe amounts are pitiful, even for 20 years ago - small time players getting punished.
Top
Post Reply
731 posts