What is to the right of the Jaguar?

GopiN wrote:It was the BA-609 now its the AW-609(Was a Bell/Agusta westland collab - Bell Bowed out).. Tilt rotor yes, but my favorite part is the forward swept wings. Has a smaller footprint than a V-22 and is expected to be cheaper too.. First was aimed at big Oil execs then focus shifted to people who have the luxury of a plane with the ability to land in Helipads.. Amazingly this Tilt rotor can be flown by 1 pilot in Instrument rules condition. Italian military has expressed interest, I hope so do our special forces.. Would make a formidable plane to land troops in enemy lands and pick them up in double speed

Pretty as this machine may appear it would be virtually useless as a troop lander in small areas under Indian conditions because of its inability to hover out of ground effect at any altitude above 1500 meters (5000 feet) Compare that with a HOGE capability of 20,000 feet for Dhruv.
Top

Thanks saar, Much appreciated ...
Top Correct. The Morphing UAV was more of a program (in support of DARPA's MAS) then a vehicle with many possible applications. This particular vehicle (pictured above) was meant to be launched from Bombers or C-130 aircraft. The One designed for the Ohio Class (That one was tested as well) was the MPUAV (second picture) or more commonly referred to as the Cormorant which was slightly different but used a similar principle to morph its profile. Quite straight fwd though ..
Top

Shiv, try the aircraft identification quizzes at Airliners.net.. Found it quite engaging

sometimes the answers are in the questions though

Saw IN Boeing P8-I Neptune being picked up by flightradar24.com
It disappeared some time after it started to fly over sea. Surely was not planning to land at Mumbai as it was close to 32000ft at disappearance. Landing somewhere in Gujarat ?
If I understand, military aircraft are not expected to appear on such platforms

Mostly a function of how the center controller enters the flight in, but they do often go by MARSA where they accept their own responsibility for separation.
Top

Is this plane landing or taking off? Please state reason/s

^^Spoilers and thrust reversers not deployed. So I would say take-off.
Top

If you filter by Radar (T-MLAT) lots of Oyropean mil aircrafts can be spotted (Set the speed filter appropriately for better results). I have seen, Tornadoes, Hawks, C-130s show up on FR24..
Top

Take off. As the other posters mentioned, no sign of air brakes being deployed to slow the beast down, the gust could be caused by the thrust reversers, but I would expect it to be blown forward more distinctly. This seems more like the blast from the engines running on full power.

I could be wrong here..
Top

Take off onlee.
Why so, has been answered by all my friends onlee. Vishal also mentions that the plane was departing on his picture description

Another reason, Planes only take off from this direction of the field @ leh.
See Leh is a unidirectional airport (Like port blair)
Planes can only land and take off from the west end of the airport. This plane is located EAST because of the design of the runway access.

AoA
See how much a simple photo can reveal ?
Top

ID the target drone in the background

Lakshya the unmanned target aircraft of the Indian Navy at a static display at INS Dega in Visakhapatnam on Thursday. Photo: K.R. Deepak
Top

Confusing pic because the other two engines have been cut off entirely! One outboard and one inboard to boot - you can't take a photo like this even if you try.
Top Difficult as it is for me to believe the same photographer has managed to take one more image at the same time and again managed to leave out two engines. In my view a photographer who takes pictures of planes like this needs to be relieved of his camera and maybe given a rattle or drum or something to play with.

In the 1980s the US apparently created a 2 engine Hercules call the C-400 or something. But it never "took off" so to speak. These images are from the 60s and are definitely C-130
Top

Well spotted! You can also see the propeller of the outer port engine on the right on the image. It has almost blended in with the wing, but it's visible if you look carefully.
Top

Look out, Boeing! China’s new C919 plane which aims to take on the famous 737
and Airbus A320 will begin test flights this year

[*] The C919 superjet will take on giants of global aviation - Boeing's 737 and the Airbus A320
[*] Designed and built in China, final construction is now underway in Shanghai
[*] More than 450 orders for the high-tech aircraft are already in place from 18 different airlines Looks like a massive infusion of tech help from Airbus to the Chinese where they have an assembly line for Airbus aircraft in Shanghai for years now. Looks very similar to Airbus A320.
Top

Aircraft and weapons recognition of IAF aircraft - a primer for newbies and anyone else interested.
https://www.youtube.com/watch?v=6SjkG-Ipd4Q
Top

What are these ?
Top

I know of a couple, apart from the BAe Hawk, which I believe you already have in your list. 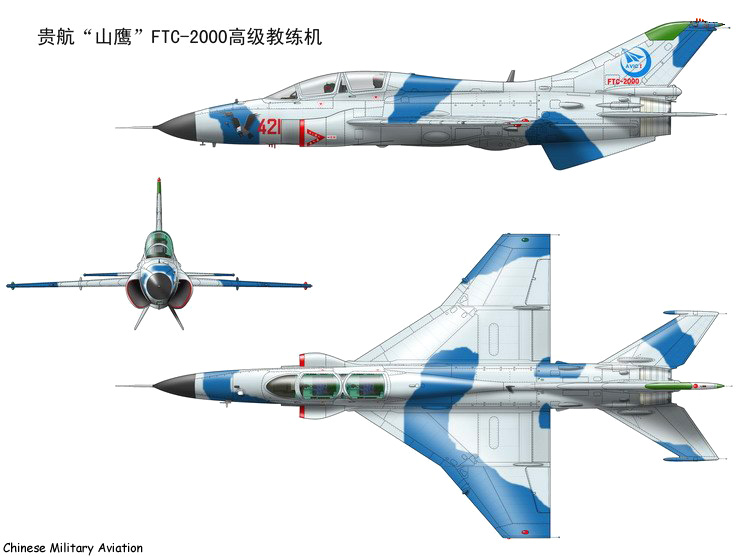 What is fascinating to me is the number of private companies that were making jets:
Handley-Page Victor
De Havilland Comet
English Electric Lightning (and Canberra, I think)
Hawker Siddeley Buccaneer
and missing from the video, the Avro Vulcan

All were nationalized to become BAe because single companies became unsustainable against American competition. And then even in America, consolidation occurred.

In India we are looking at the reverse.

Handley Page
Vickers (Valiant - the first V bomber of RAF)
Gloster (Meteor, Javelin )
Blackburn. I am not sure but Buccaneer was first made by Blackburn and the Hawker Siddley, maybe Hawker Siddley bought over Blackburn)

If we refer some of the few old OBSERVERS Book of Aircraft, we can get a few more aircraft companies
Top

shiv wrote: I had decided to find vintage aircraft from my youth

Shiv
Probably all the vintage "aircraft" in your youth had feathers. Ha ha
Top Since he's quoted the original, you can just click on the thumbnail & tell from the photographer remarks

If you want to track any & everything in your airspace, buy this: http://airnavsystems.com/Radarbox/index.html

There are also aircraft tracker dongles the size of a pendrive with option to attachable antennas to increase range for the planespotter on the go.
Top

Mwari is a new light, multirole aircraft being developed by Paramount Group for armed forces across the globe. It is a military variant of the Advanced High Performance Reconnaissance Light Aircraft (AHRLAC).

The Mwari project was unveiled in May 2016. Paramount and Boeing made a cooperation agreement in September 2014 for collaborating on specific projects to be implemented in future. The agreement was extended in May 2016 to jointly develop an advanced mission system for the Mwari aircraft.

Incorporating a twin-boom design, the Mwari aircraft will feature airframe constructed using meal and composite materials. The longitudinal booms at empennage feature a pair of vertical stabilisers joined by a horizontal stabiliser.

The high-wing design will improve visibility for the crew, while allowing operations from unprepared airfields. The modular design will also support the integration of different mission systems for a range of military operations.

The aircraft will have a length of 10.5m, wing span of 12m and a height of 4m. The maximum take-off weight of the aircraft is 3,800kg and maximum payload capacity with full fuel load will be more than 800kg.

The aircraft will feature a multi-function IFR glass cockpit, which cockpit accommodates two crew members in tandem seating layout. It can be optionally installed with Martin Baker Mk16 or Mk17 ejection seats.

The cockpit will also feature a large vertical separation and will offer optimum view for the crew.

Mwari will be armed with a 20mm cannon integrated into the fuselage. The aircraft will also feature six wing-mounted hard points for carrying a combination of weapons.

The hard points can be added with surface-to-air missiles, rocket launchers and general-purpose bombs.

The aircraft will be equipped with Boeing integrated mission system for conducting intelligence, surveillance and reconnaissance (ISR) and light attack missions. It will feature a belly-mounted, multi-mission sensor pod.

The single-pusher-engine configuration of Mwari will integrate a Pratt & Whitney PT6A-66B engine driving a single propeller. The flat-rated engine will develop a power of 710kW (950hp).

Mwari will be equipped with retractable tri-cycle landing gear designed for semi-prepared and unprepared runways. The landing gear can be optionally integrated with extra-large high flotation wheels.
Mwari aircraft performance

The short take-off and landing (STOL) capability of the aircraft will allow operations in small airfields with short runways or surfaces.

With full load, the aircraft will require a take-off distance of 550m. It will survive 8g and -4g loads during operations.

Mwari can operate at a maximum altitude of 31,000ft and will have a maximum cruise speed of 272kt. The maximum mission rage and ferry range of the aircraft will be 1,150nmi and 2,000nmi, respectively. Should be straight fwd

Id the bird behind the blackbird 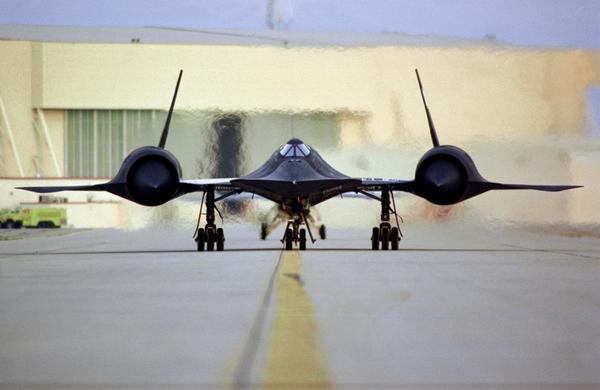