The Military Issues & History Forum is a venue to discuss issues relating to the military aspects of the Indian Armed Forces, whether the past, present or future. We request members to kindly stay within the mandate of this forum and keep their exchanges of views, on a civilised level, however vehemently any disagreement may be felt. All feedback regarding forum usage may be sent to the moderators using the Feedback Form or by clicking the Report Post Icon in any objectionable post for proper action. Please note that the views expressed by the Members and Moderators on these discussion boards are that of the individuals only and do not reflect the official policy or view of the Bharat-Rakshak.com Website. Copyright Violation is strictly prohibited and may result in revocation of your posting rights - please read the FAQ for full details. Users must also abide by the Forum Guidelines at all times.
Post Reply
114 posts

koti wrote:Can anyone tell me how I can rename the thread I created.
TIA.

Please post this question in the newbie thread.
Top

1) Down load the picture you want to make a thumb nail out of to your hard drive (File -> Save as)
2) Go to the following web site: http://makeathumbnail.com/
3) In the box for "Choose the file to upload" browse to the file you just saved, select it. The URL should appear in the box
4) Click on "Make a thimbnail"
5) On the page that appears you will get a URL that contains the thumbnail, copy that URL
6) Back on BR, use the originals URL for the URL tag and then the IMG tag for the Thumbnail
7) Click Submit

And you are done.
Top

Warheads at a turning point

Punch from the air

ShyamD and others who frequent the Intel thread>...

In the above link, under the Indo-Pak 65 war entry, Pakis have been listed as victors. can somebody help permanently change that bit of mis-post.
Top

Since it is the 100th year of beginning of First World War, I want to read more about it. Any suggestions on good books that give a broad overview of the events and progress of the War? Would be nice if the book(s) had maps of various theaters so that I can understand the events better. I am not looking for books that discuss a single siege/front or even strategies of the belligerents.

Thanks for the reply.
Top

While researching about WW1 on the web, I came across the following titles exclusively on WW1 http://europeanhistory.about.com/od/worldwar1/tp/tpww1.htm

The first title listed looks promising, just what I was looking for The First World War by John Keegan. This seems to be well recd & looks affordable.
Top

Is Ravi Rikhye's "Concise World Armies" still.available for sale at orbat dot com? I tried the purchase link but doesn't seem to be working. Also, is it still being updated (if not, when was the most recent update?)

List of air craft testing facilities in India? Is there one?
Top

NRao the 2013 MOD report kind of summarizes the list. The pdf is linked in the other thread....
Top

LakshO wrote:Since it is the 100th year of beginning of First World War, I want to read more about it. Any suggestions on good books that give a broad overview of the events and progress of the War? Would be nice if the book(s) had maps of various theaters so that I can understand the events better. I am not looking for books that discuss a single siege/front or even strategies of the belligerents.

Thanks for the reply.

May I suggest Frank Furedi's "First World War- Still no end in sight"?

It provides a very good overview and how the present world evolved from WWI.


Basically the modernism and liberalism ushered in by the Industrial Revolution faced a crisis of confidence & led to crash and burn of existing world order.
Top

Can we have a thread where we can post link to some fine documentaries on socio-political/terrorism/world affairs?
Top

Sure start open in Strat Forum with a broad title.

Sorry for being late in responding.

When clicking a thread , is there any setting to automatically go to the first unread post ??
Top

YashG wrote:
Brutal demonstration of assymetric warfare. I noticed no chaff too but like someone said pilots didnt know they under crosshair - maws could have helped but do we have maws on indian helicopters?

The kurdish fighter counting sounded just like hindi. I did not know there were language similarities with kurdish. Is it Persian influence in both hindi and kurdish ? Or sanskrit ?

Sir all those languages are related to Sanskrit. A lot of these discussions have taken place in the "Out of India" thread in the Strat forum - although it will be difficult to locate the answer in the midst of all the noise there.

The language of the Zoroastrians was probably Sanskrit despite the bullshit made up by linguists about "Avestan". My reasons for saying this are too long for this thread and reply. The Zoroastian holy book was the "lost" Bhargava Atharva Veda. sanskrit went west with the Zoroastrians and even Darius' "Behistun inscription" in Iran reads like Sanskrit. The 1800 BC Mitanni texts found in Syria are pure Sanskrit.

Our history has been cooked up by racists - let me point you to a recent article I have written:
https://swarajyamag.com/culture/aryans- ... y-scholars

That said I am sorry to note that young people spend 2 years studying for IAS entrance and end up studying the discredited "Aryan Invasion theory" as essential knowledge of History to pass the IAS exam. This needs to change
Top

How do you put someone on ignore list?
Top

This question should be in the Forum feedback thread.

But anyway, go to your User Control Panel->Friends and Foes . Add the user to your "Foes" list and their posts will be hidden.
Top

This question should be in the Forum feedback thread.

But anyway, go to your User Control Panel->Friends and Foes . Add the user to your "Foes" list and their posts will be hidden.

Can you please tell me how to place pictured in any thread ? OR this option is available for few ppl only ?
Top

Can you please tell me how to place pictured in any thread ? OR this option is available for few ppl only ?

Or if it is already online and you have a url for the image, use that inside the IMG tags.
Top

Dileep, The first pdf 'Needle in a Haystack' is incomplete.

The ending and epilogue are not included.
Top

Want to understand if it is possible to join Indian Military (Army/Navy/AF) if you have prescription glasses? And what is the tolerance level of eye number?

I am looking for combat/non combat officer roles.

Highly appreciate your response. Thanks in advance.
Top

Arun.prabhu wrote:Before I answer your question, I'll make a brief foray into the principles of warfare. There are nine principles of warfare recognised by NATO: Mass, Objective, Security, Surprise, Maneuver, Offensive, Unity of Effort (aka Unity of Command), Simplicity, and Economy of Force. The Russians include Annihilation (utter destruction of opposing forces as inflicted upon and by them on the Eastern front during WWII a great many times) as a tenth principle. Lt. Col. (retd) Tom Kratman of the US army whom I respect a great deal as one of the brightest minds in the study of The Art of War alive today (there are a great many more equally bright and publicly unknown folks who are exemplary practitioners of The Art) thinks there are two more: Attrition (as opposed to destroying the enemy in one go, you chip away at his strengths in numbers, materiel, etc until he can't fight you any more), and Geometry (or Shape. Basically terrain.)

Your idea of spreading the guns all along the border violates the very first principle. Think about the parable of the sticks. A single stick is broken easily. A bunch of sticks are not so easily broken. You can spread your artillery all you want and congratulate yourself on protecting the border, but the enemy has a say and he is going to attack at a single point (mass) and when he does, as you had spread out your artillery all along the border, you will not have enough to repulse him at that one point where is actually on the offensive. Similarly, you will not have enough artillery mass to soften his defences on that one or few points where you want to go on the offensive.

Yes, concentrating artillery makes it vulnerable, but equipment and men (the latter unfortunately) get used up in war. You protect your artillery, your infantry and everything else as well as you can with air-defence, counter-artillery, mobility (shoot and scoot) and what not, but when the shooting starts, blood is going to be shed and soldiers are going to die.

So there are 12 principles and every military defeat or reverse is a violation of one r more of these 12 principles.
Now go back through the military historical battles thread and think it over.
Top

Link to a Canadian ammo company 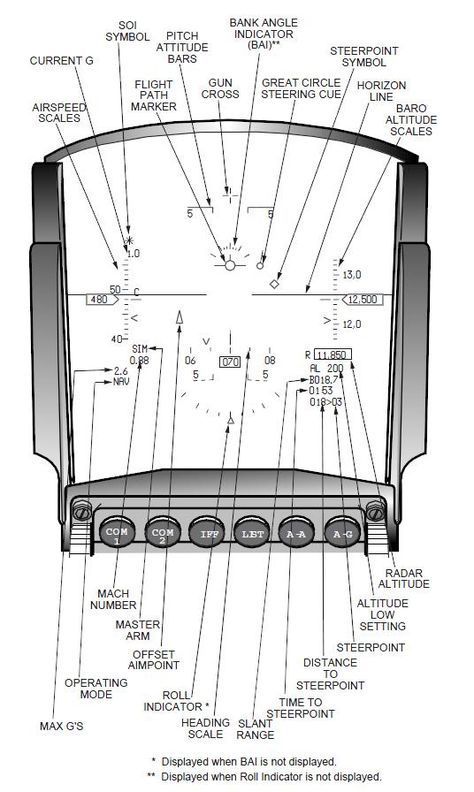 A few posts on OSS and CIA etc.

ramana wrote:For reference.
What is OSS?