The Military Issues & History Forum is a venue to discuss issues relating to the military aspects of the Indian Armed Forces, whether the past, present or future. We request members to kindly stay within the mandate of this forum and keep their exchanges of views, on a civilised level, however vehemently any disagreement may be felt. All feedback regarding forum usage may be sent to the moderators using the Feedback Form or by clicking the Report Post Icon in any objectionable post for proper action. Please note that the views expressed by the Members and Moderators on these discussion boards are that of the individuals only and do not reflect the official policy or view of the Bharat-Rakshak.com Website. Copyright Violation is strictly prohibited and may result in revocation of your posting rights - please read the FAQ for full details. Users must also abide by the Forum Guidelines at all times.
Post Reply
3124 posts

Gurneesh wrote:^^^ Well it is not a simple color inversion. IF you read the tutorial on the website, it will tell you that solid colors compress very well and thus will be darker in the ELA. Also, the more times the image is resaved, the darker it's ELA will be.

So, if that image was indeed photo shopped, the letter would have been significantly brighter than other image parts. Which is not the case.

Fair enough. I stand corrected, I guess.
Did not mean to be attracting this much attention to one moronic shirt though.

he he thats right.. we are obsessed with over analysis of petty things ..
Top

Can someone translate what the jawans are saying.

Handwara forest encounter video with jawans. Amazing. Look at the great lengths they go through.

So, basically we allow people wear pakistan slogans on the T-shirt.. and that is what this is all about. Though the topic is neglible in terms of the event or actuality, but it can be a big BR thread in itself. It is a dangerous T-shirt to wear, especially if one is on IA recuritment call.
Top

When Army group going for zero in at that time the leader of the group instructing to give him cover fire. He tries to go down towards militants step by step asking his sub ordinates to give him cover fire. For example he ask on of the soldiers named Rakesh to come his left (it may be right as I am always confused between dayne & bayne) cover firing. Another soldier asked to come down too cover firing.
Top 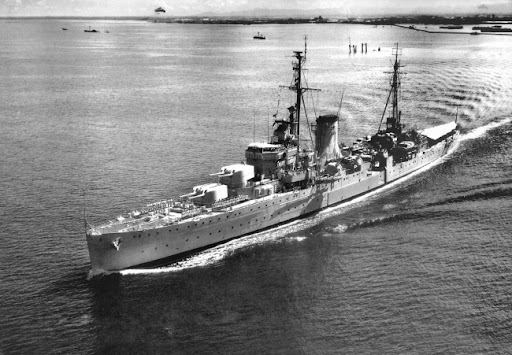 Hiten wrote:post updated with this picture

thanks a lot, my dad did his watch-keeping on this lady ... will bring back fond memories for him

The armies of India and Indonesia concluded a week-long joint military exercise recently. The operational part of the first-ever platoon-level joint training exercise, Exercise 'Garuda Shakti', was conducted at the Indian Army's elite Counter Insurgency and Jungle Warfare School (CIJWS), Vairengte in Mizoram.
To counter the scourge of insurgency in various contemporary scenarios including jungle warfare, 'Chakravyuh', the three-day outdoor validation exercise, was conducted at various counter insurgency (CI) modules and firing ranges. 'Chakravyuh' ended with the busting of a simulated insurgent hideout in Mizoram's Lushai Hills after a gruelling night-long march.
The Indonesian National Army (Tentara Nasional Indonesia-Angkatan Darat) troops, led by Lt Col Gatot Heru Puana of KOSTRAD (Indonesian Army's Strategic Reserve Command) belonging to the 13th Infantry Brigade comprised of five officers, six non-commissioned officers and 14 Privates. The troops from the 19th Madras Infantry Battalion of 21 Mountain Division under Eastern Command, currently deployed in counter-insurgency operations in the northeast sector, formed the Indian side.
CIJWS has over 13 different types of firing ranges catering to every conceivable indoor and outdoor scenario ranging from urban, semi-urban to rural settings. Bringing in realism in training, Infantry Weapons Effect Simulation System (IWESS) and Small Arms Training Simulators (SATS) also extensively used. The landscape and the inimitable replicated settings in CIJW make it the most preferred destination to train for several armies of the world.
For proper assimilation of the nuances in CIJW operations for the Indonesian troops, all training and attack drills were coordinated by having two mixed platoons, comprising around 30 soldiers each of KOSTRAD soldiers and the Indian Infantry troops, overseen by senior military observers.Praising the professionalism of the Indian Infantry soldiers, the leader of the Indonesian troops, Col Gatot observed that the Indian troops are very well-equipped to fight the insurgents. While finding some of the training tactics very similar, he said that the concept of 'buddy' system was something they would like to emulate.
The formal closing of the exercise took place with both sides exchanging feedback and mementoes and rounding off with a military-style campfire and cultural exchanges.

Hiten wrote:post updated with this picture

thanks a lot, my dad did his watch-keeping on this lady ... will bring back fond memories for him

glad you liked it

Was your father serving on INS during the trip to Italy? If so, can he tell us of the purpose of this visit - courtesy port call, joint exercise?
Top

Commander of Hajipir Brigade meets with teachers at Kupwara
Top

photographs of IN warships during Malabar 2012

Aplogies if this is the incorrect thread. What the Indian Army does on a routine basis in Kashmir.

added later...
Actually some more, I assume you have seen. One pic about V sign by scientist is from a different angle.

Our missile scientists are very down to earth. Very vinamra kind!

Of course! Our missiles are for showering friendly neighbours with petals onlee.
Top

Thanks chackojoseph ji for the effort.

The one with white mustache.
Top

collected it for personal use & kids, thanks.
Top

How do you use that for kids?
Top

Arre baba, Lt. Gen. Atta Hasnain has had a story that does not need to be told. Seems like Lt. Gen. KTP also has some testimonials to his name. Lets see if the next COAS messes up, then we cannot say we were not warned.

I am thinking of stories to tell as my kids grow up. Admittedly it may seem laughable but I am sure these matters will become important some day for my kids. My 4 year old daughter has already had her first fascination with aircraft videos and photographs (Airplane=Omikank in kid speak). I had to divert her attention to cartoons.
Top

ravi_g wrote:Arre baba, Lt. Gen. Atta Hasnain has had a story that does not need to be told. Seems like Lt. Gen. KTP also has some testimonials to his name.

Did anyone notice the seats behind the turret?