The Military Issues & History Forum is a venue to discuss issues relating to the military aspects of the Indian Armed Forces, whether the past, present or future. We request members to kindly stay within the mandate of this forum and keep their exchanges of views, on a civilised level, however vehemently any disagreement may be felt. All feedback regarding forum usage may be sent to the moderators using the Feedback Form or by clicking the Report Post Icon in any objectionable post for proper action. Please note that the views expressed by the Members and Moderators on these discussion boards are that of the individuals only and do not reflect the official policy or view of the Bharat-Rakshak.com Website. Copyright Violation is strictly prohibited and may result in revocation of your posting rights - please read the FAQ for full details. Users must also abide by the Forum Guidelines at all times.
Post Reply
3080 posts

Hiten wrote:pictorial walkaround of the HF-24 airframe in the German museum

A Russian enthusiast talking about an Indian origin jet in a German aviation museum!!
Talk about passion..!! bravo

An if I am not mistaken Igor is the same person who use to be a brfite not so long ago.
Top

The sword should be through the red ball and facing the chinese. We have many a debt to pay.

Thanks a lot for the images, appreciate your effort and that of the original poster, the place is so surreal and pure, no doubt the Chinese fools have their eyes set on it, after destroying what they had in their own country.
Top

some from Indo-Tibetan border
http://www.bcmtouring.com/forum/travelo ... post677337
Courtesy: Dhiraj of BCM

Thanks a lot Jimmy. Fabulous.

Does the serial no. give any hint on the number of units produced or at-least a ball park figure? Since it is randomly picked from production lot

Also the cameo on the missile looks geared more towards western sector than North East. At-least from an amateur's POV. Would like to know what the gurus say
Top

^^Well, the A-I is always touted as "Pak specific" even by the GoI official mouthpieces. So no surprises about it being geared for western sector look
Top

First time i am seeing a picture of the micro TAR in INdian hands.. is this Indian made? Zittara (sp?)
Top

First time i am seeing a picture of the micro TAR in INdian hands.. is this Indian made? Zittara (sp?)

Is that monsoon clothing?
Top

Why is no one posting a source for these pictures?

Google Image search has a nifty feature whereby one can upload a picture & it will give you other places in the Internet where the image is avaialble. Works in most cases, more so if the pic in question is old, which in this case, it is

Just copy-paste the image URL into the dialog box
Top minor nitpick: picchars of the second P-8I were also available a month back

some more excellent set of pics from Indo-Tibet border 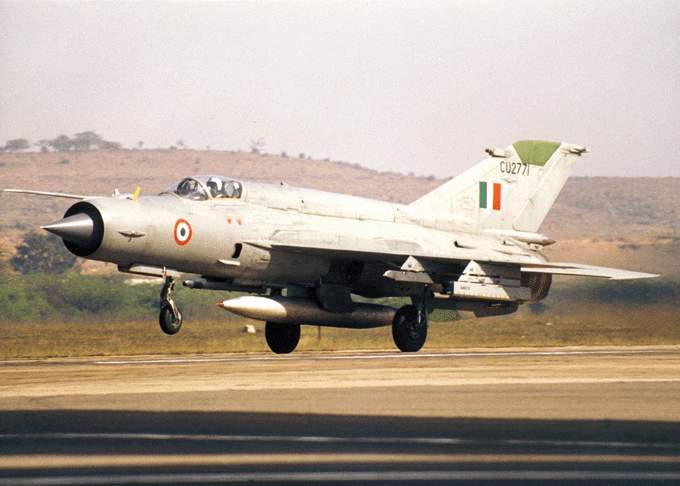 Hiten wrote:pictorial walkaround of the HF-24 airframe in the German museum

Picture of the Indian Navy’s second Boeing P8I, IN321:

can anyone help identify these weapons?

The one at the bottom is a Paveway, i think [if so, model please?]

one the extreme right is a Python 4, though canard shape look different
Top

^^the top picture L to R:
1. Either a Martel ARM or Sea Eagle AShM - a glance at the lower fuselage will tell us whether there is an intake (Sea Eagle) or not (Martel).
2. Super 530D semi-active BVRAAM
3. Matra 550 Magic II

BTW, I think the first 2 are practice/dummy rounds because of the colouration. The Magic II looks like the real deal.
Top

these indeed look like the 530D & Matra 550, though it appears the dummy weapons have a stubbier nose cone [or it could just be the viewing angle making it look stubby]
http://www.bharat-rakshak.com/IAF/Image ... 30D-2.html

a MiG-29UPG. Different tail number this has got

Basically, Jaeger got it right.

Those are representative loadouts for a LCA mockup that was shown at Aero India many years back. The first two are a Sea Eagle and a Super 530D (one of the BVR weapon in IAF inventory at that time, apart from R-27R/ER for the MiG-29s). Both are dummies. Third is a Matra Magic 550 - II. Its an actual missile, even if an inert round.

That bomb is a Matra BGL-1000 LGB. We imported those for the Mirage 2000 to be used with the day only Atlis-2 Laser Designator pod.

Presumably the IAF has made these compatible with its advanced Litenings which are now the standard pod used across the IAF fleet.
Top

Thanks for the clarification Karan M ji

so these weapons shown aren't going to be certified for launch from the LCA. No wonder each time i looked up the weapon listed on the LCA's wiki page for visual similarity with the photo, none matched.

Also, if one could tell, what the green thing thing in the background is [upper portion of the photograph]? is it a drop tank or an unguided bomb. If a bomb, which one?

I don't remember what that green thing was...my memory suggests that it could have been a bomb. It could be a fuel tank as well as on this Jag (http://indianmilitarynews.files.wordpre ... jaguar.jpg) while they did display a bomb at another aero ind., as the orange one here. (http://www.acig.org/artman/uploads/os_lca2_001.jpg). The shape still suggests a fuel tank as later developed and fitted for..eg http://sphotos.xx.fbcdn.net/hphotos-snc ... 1054_n.jpg
Top

What is that silver pod on the right? 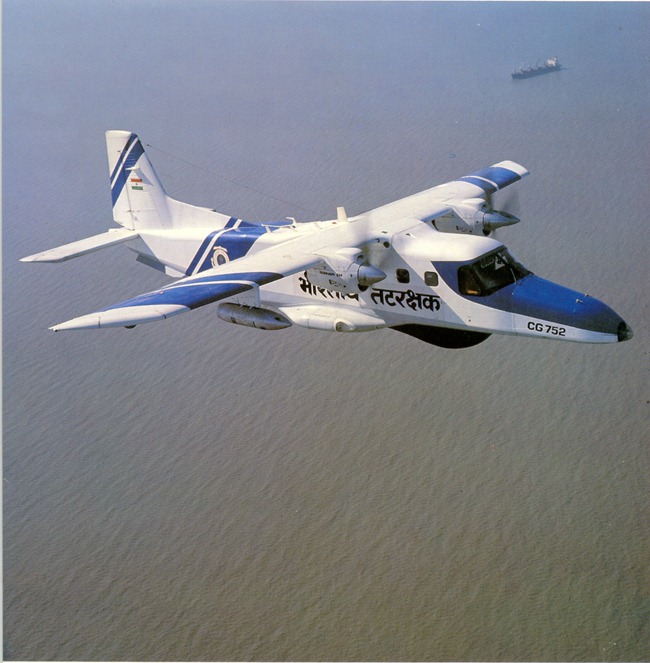 Nick_S wrote:What is that silver pod on the right?

Jaeger wrote:^^the top picture L to R:
1. Either a Martel ARM or Sea Eagle AShM - a glance at the lower fuselage will tell us whether there is an intake (Sea Eagle) or not (Martel).
2. Super 530D semi-active BVRAAM
3. Matra 550 Magic II 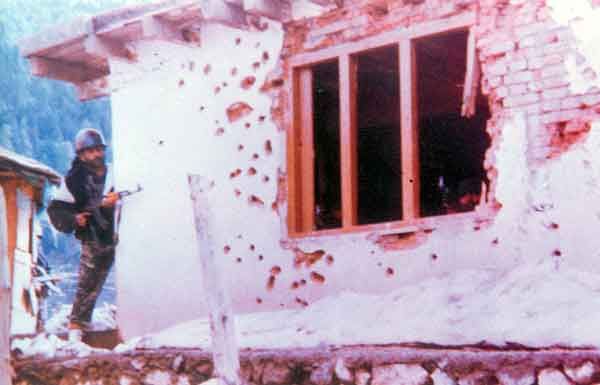 Fighting the Terrorist in J&K Cornered! A terrorist holed up in a house in Doda District.
Top
Post Reply
3080 posts