The Military Issues & History Forum is a venue to discuss issues relating to the military aspects of the Indian Armed Forces, whether the past, present or future. We request members to kindly stay within the mandate of this forum and keep their exchanges of views, on a civilised level, however vehemently any disagreement may be felt. All feedback regarding forum usage may be sent to the moderators using the Feedback Form or by clicking the Report Post Icon in any objectionable post for proper action. Please note that the views expressed by the Members and Moderators on these discussion boards are that of the individuals only and do not reflect the official policy or view of the Bharat-Rakshak.com Website. Copyright Violation is strictly prohibited and may result in revocation of your posting rights - please read the FAQ for full details. Users must also abide by the Forum Guidelines at all times.
Post Reply
145 posts look at panda scratching his head.

. I bet this is how every drone expects to be treated on this thread, like a baby. GOD I LOVE THIS THREAD

shiv wrote:Haraaaaaaam! Not for Pakis

Now with their much vaunted mijjiles they will illegally enter China to replace their goats with chini ayeshas strutting their stuff.

shiv wrote:Haraaaaaaam! Not for Pakis

Now with their much vaunted mijjiles they will illegally enter China to replace their goats with chini ayeshas strutting their stuff.

Pakis will not be able to resist looking at all the uncovered meat of pork eaters. Hafiz Saeed will quickly have to have one more of his sons killed to marry the son's widow and assuage his lust.
Top

lmao, this thread is hilarious!
Top

Even a paki can do better

10) The Chinese Navy doesn’t have to win battles to be a leading Naval power. They just have to flood the oceans with millions of little Chinese Navy ships, or rubber dinghys.

9) The Chinese People’s Liberation Army has a Navy. That’s right, China has a PLAN.

It’s amazing what the Chinese Navy can accomplish with all those millions of slave laborers.

7) China’s Navy doesn’t have to be better than America’s to be a threat to Taiwan … but it wouldn’t hurt.

6) The Chinese Navy has outsourced its shipbuilding tasks to local toy factories, since they are so cheap, durable, high quality and safe.

4) How many tons of Won-Ton soup can be carried aboard a Chinese Aircraft Carrier?

3) The U.S. isn’t scared by China’s Navy. After all, the U.S. paid for China’s Navy with all the US Dollars bought by China.

2) China’s Army is honored in Chinese Food by General Tsao’s Chicken. Will China’s Navy by similarly honored with something like Admiral Wu’s Shrimp?

1) China will rule the seas not by innovation or imitation, but by cheap manufactured exports.

Chinese posturing about their propaganda pics and how stlong their militaly is, is like this:

Chinese Fake Military Drill ..... China is all about fake ,be it goods,services,military drill, propaganda... can't even perform a real drill worthy of broadcast ... BUT the money can be well spent on the chinese airforce pilot instead ... 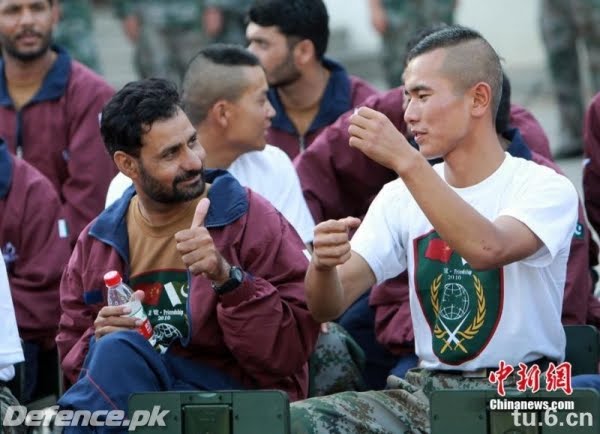 Cheeni soldier showing to his taller than mountain fliend how big he can take & the deepel than ocean paki fliend wishing him luck.. .

Cheenis seem to be getting the sweeter than honey effects of their paki companionship ... 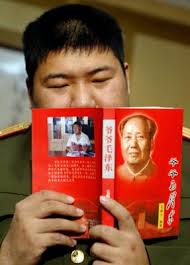 Mao Xinyu , the gleat glandson of Mao reading the Led Book and then .... 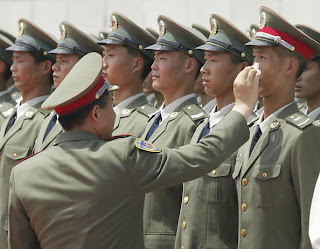 Cheenis seem to have some lunning nose...
Top

Looks like our chinese blothels are the new nazis in the making. The new juices are tibetans...
Top

Now , we know why the chinese trolls can't talk sense . Now , they can't possess more sense than the gleat glandson ...

Gosh he is slim isn't he? A model.
Top

A must watch , i specially like the background music ,'' Hu let the dogs out'' .

shiv wrote:Gosh he is slim isn't he? A model.

Hush! He is the divinely ordained "Son of heavens" , and the youngest General in the PLA (shiver in your dhotis you Indian Army soldiers), a Major General and with a Doctorate ,no less.

Just listen to the erudition and wisdom in his speech and feel exalted while at the same time acknowledging your own diminution!

PS: Seriously, between the descendents of the Mao dynasty and the Kim dynasty in N. Korea, I can't decide which of two are more repulsive and creepy.
Top

Here is the chinese way of tossing grenades. Don't laugh your a$$ off /

the instructor was a good man though, saved the recruits backside from the grenade blast.

China has one more thing in common with pakistan , english .

Hope , the englishman who taught english to chinese does not commit harakiri ,

Check that out ... chinese derive more pleasure from fake than original available in China
Top

epic comment in the video : "Doesnt matter how much firepower or how angry a chinese soldier is, they are still a small and cute﻿ people

Ah.. Tarrel Than Mountain Blothels disable main battle tanks with their bale hands, totar the engine, open the hatch and kirr the clew.

And me poor Yindoo is shivering in my dhotis at such bravery, that is more at place in WWF!
Top

I think they are inspired by sunny pa ji in Border, but certainly,like sunny pa ji they don't have dhai kilo ka haath

No wonder they are hell bent on getting bollywood movies shot in China.
The PLA has decided this is one business segment too lucrative to pass up. They'll provide everything, 7.62 mm blanks that bring down targets that are beyond sniper range, remote controlled tanks with fake concierge crews. Hell they'll even throw in the pillion rider from sholay.
Top

D Roy wrote:No wonder they are hell bent on getting bollywood movies shot in China.
The PLA has decided this is one business segment too lucrative to pass up. They'll provide everything, 7.62 mm blanks that bring down targets that are beyond sniper range, remote controlled tanks with fake concierge crews. Hell they'll even throw in the pillion rider from sholay.

noooo. Not bring down. Flags and pics stand up as they shoot!
Top 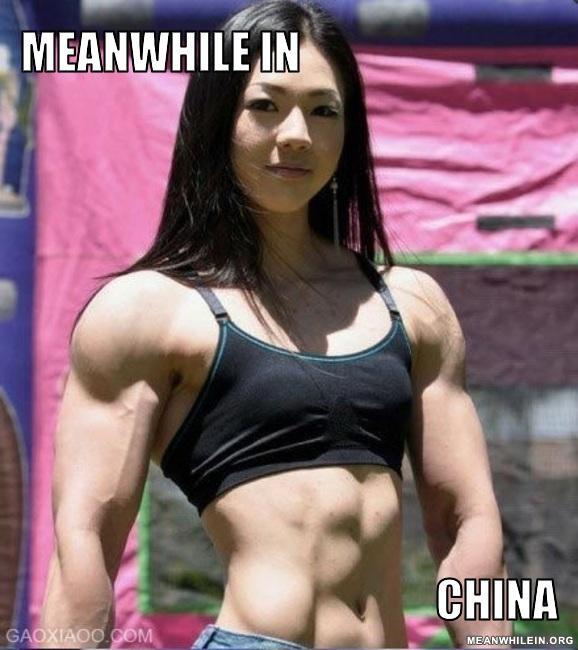 That is a chinese male with long hair.