The Military Issues & History Forum is a venue to discuss issues relating to the military aspects of the Indian Armed Forces, whether the past, present or future. We request members to kindly stay within the mandate of this forum and keep their exchanges of views, on a civilised level, however vehemently any disagreement may be felt. All feedback regarding forum usage may be sent to the moderators using the Feedback Form or by clicking the Report Post Icon in any objectionable post for proper action. Please note that the views expressed by the Members and Moderators on these discussion boards are that of the individuals only and do not reflect the official policy or view of the Bharat-Rakshak.com Website. Copyright Violation is strictly prohibited and may result in revocation of your posting rights - please read the FAQ for full details. Users must also abide by the Forum Guidelines at all times.
Post Reply
3899 posts

Missed it.. away in another area for meetings. Sigh
Top

Be at alert around 8 PM, yesterday two Sukhois took off at around the same time.
Top

Austin wrote:Rare Sight but Sukhois are flying over Mumbai today not sure why must be some exercise ?

may be because of this

they must be practicing
Top

Any idea if GeorgeJ still posts at BRF , He was our MKI man here.
Top

Austin got your message - thanks
Top 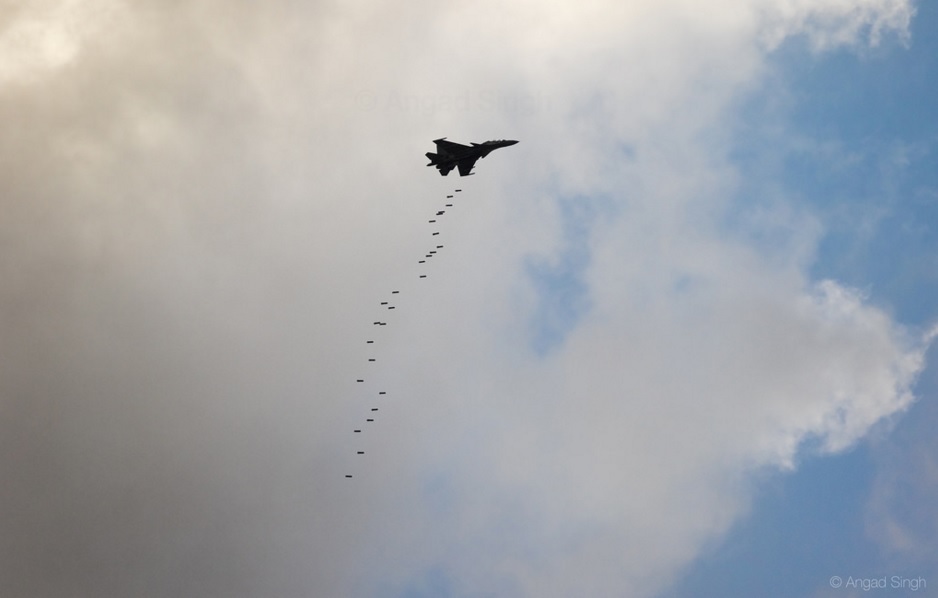 ^^I counted 28 bombs there
Top

I counted again its 26
Top

The contrails of a DDM story


That the Jihadis will get

But seriously 26x500 pounders is a lot of bums
Top

shiv wrote:That is because two bombs had fallen out of the picture by the time you counted again

But seriously 26x500 pounders is a lot of bums

there is a pic in br very old one of a su30 banking away with its belly and wings entirely lined with pincer claw type bomb racks..i had counted 20 then. 26 is a new revelation...would be great to a see a pic of where they hang it.
Top

But seriously 26x500 pounders is a lot of bums

Wonder how much the re-inforced Brahmos carrying SU30 can do.... In the center line alone it can carry 3 tonne +

Singha wrote:there is a pic in br very old one of a su30 banking away with its belly and wings entirely lined with pincer claw type bomb racks..i had counted 20 then. 26 is a new revelation...would be great to a see a pic of where they hang it. 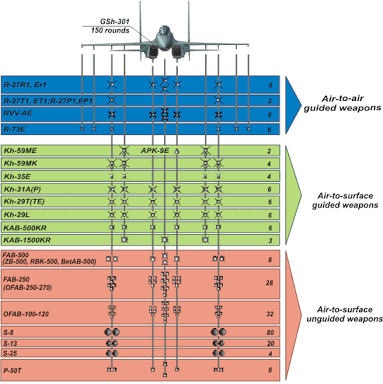 The FAB-250 is being made by OFB? or imported?
Top

Deejay, Those 26 would have timing and dispersal pattern for area targets?
Top

ramana wrote:The FAB-250 is being made by OFB? or imported?

I think those are Russian ones. OFB was trying to reverse engineer aerial bombs but don't know the current status of their efforts.

ARDE has had 125kg and 250kg OFAB program for some time. Not sure if those have been inducted yet. 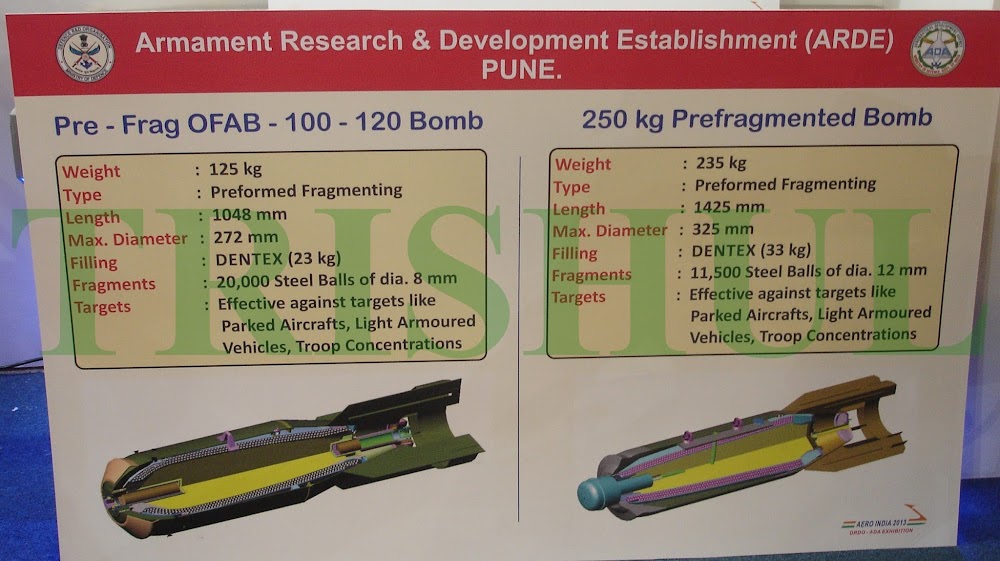 ramana wrote:Deejay, Those 26 would have timing and dispersal pattern for area targets?

No or more precisely not that I am aware of.
Top

Now, who realized the significance of the ball bearings?
Top

tsarkar wrote:Now, who realized the significance of the ball bearings?

In fact I was wondering about something related to this. The lethal radius for personnel is said to be 140 meters, but that only means that bearings could fly a kilometer or more. At least on two occasions I have seen Su-30s drop 16 bombs at a time in a Pokhran demo show. I presume they must have been HE only because I suspect that 2 km is still not a safe distance (for the audience) to be for the odd stray ball bearing
Top

afaik, the spread of such carpet bombing at a constant speed and height depends on the a/c trajectory. a dive gives a bunched up carpet, a climb gives a spread out one and a level drop something in between. thats how i read the B52 types release their vast payload of around 80 heavies.
Top

I guesstimate that the height difference between the first bomb to be released and the last is about 120 meters. That allows me to guess that the entire clutch of 26 bombs has been released in about 5 seconds. Assuming that the Su-30 is flying at 600 kmph it means that the bombs will hit the ground in a line of bombs 800 meters long (or less)

Inadequate precision was a real issue in Kargil, where "a miss by a foot is a miss by a mile" or something like that. So if these bombs are fitted with proximity fuses and set to explode a couple of hundred feet above the ground, they could shred the infiltrators in uncovered sangars over a pretty wide area without needing much precision.
Top

That will impact any nearby friendlies as well.
Top

Yeah, the un precision work isn't for areas where friendlies are behind another rock exchanging bullets from hand held devices... 5-10 kms behind enemy line, this would do wonders.
Top

Tsarkar Please tell us. 12 mm is about 1/2 inch. Quite effective ball ammo to shred any soft area target. Odd that the bigger bomb has less number steel balls. So more velocity?
Top

With the Spice 250, I think the MKI should also be able to deploy at least 24 such weapons, gives new meaning to high volume precision strike in the IAF.
Top

Ramana sahab,
not sure but there could be constraint on overall dimensions of the munition. longer/fatter may not be that much aerodynamic. just a guess.
Top