The Military Issues & History Forum is a venue to discuss issues relating to the military aspects of the Indian Armed Forces, whether the past, present or future. We request members to kindly stay within the mandate of this forum and keep their exchanges of views, on a civilised level, however vehemently any disagreement may be felt. All feedback regarding forum usage may be sent to the moderators using the Feedback Form or by clicking the Report Post Icon in any objectionable post for proper action. Please note that the views expressed by the Members and Moderators on these discussion boards are that of the individuals only and do not reflect the official policy or view of the Bharat-Rakshak.com Website. Copyright Violation is strictly prohibited and may result in revocation of your posting rights - please read the FAQ for full details. Users must also abide by the Forum Guidelines at all times.
Post Reply
5008 posts

Report from You Tube Defense channel that HAL is suspending/stopping work on IMRH due to financial crunch.
Top 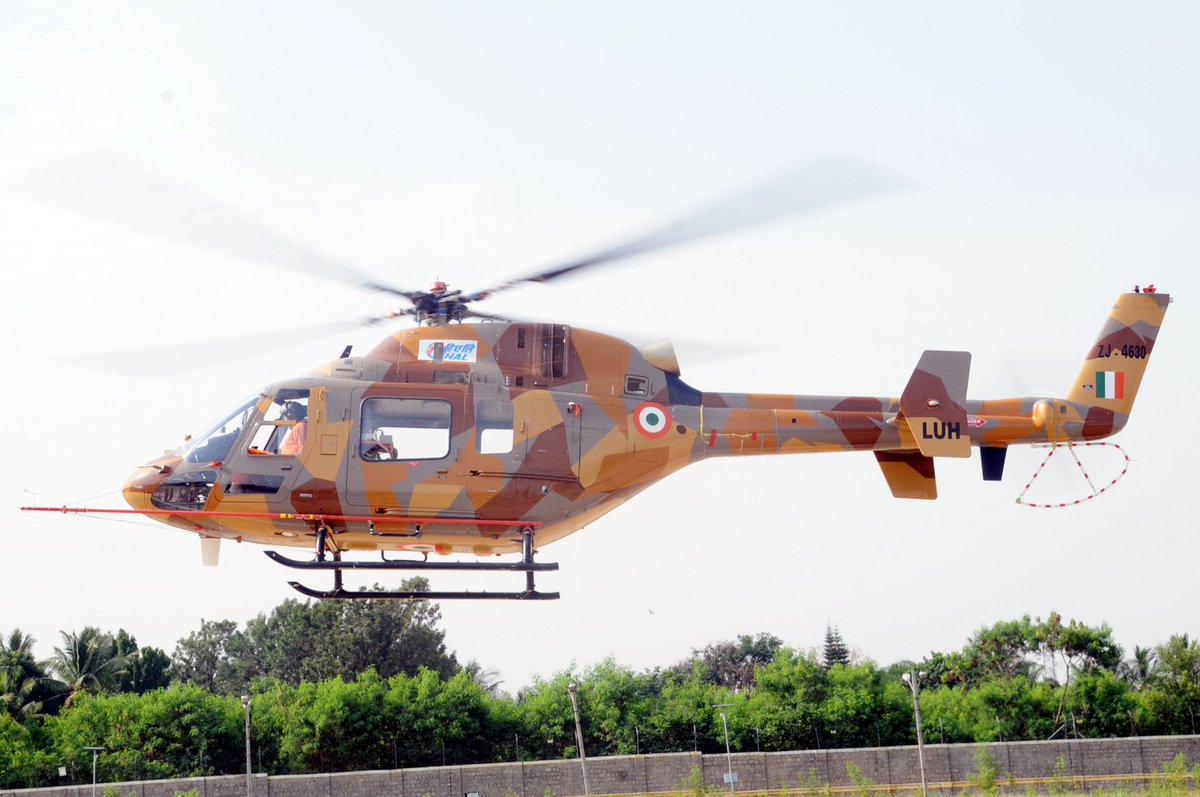 Vips wrote:Report from You Tube Defense channel that HAL is suspending/stopping work on IMRH due to financial crunch.

Are we sure on that Vips?

^^^
I remember reading something to that effect in an article from a few months ago (*might* suspend work on IMRH and the 2 turbo engine programs if the fund situation did not improve much soon). Anyways that post says they are waiting for funding from services to move forward - ball is in the government's court.
Top 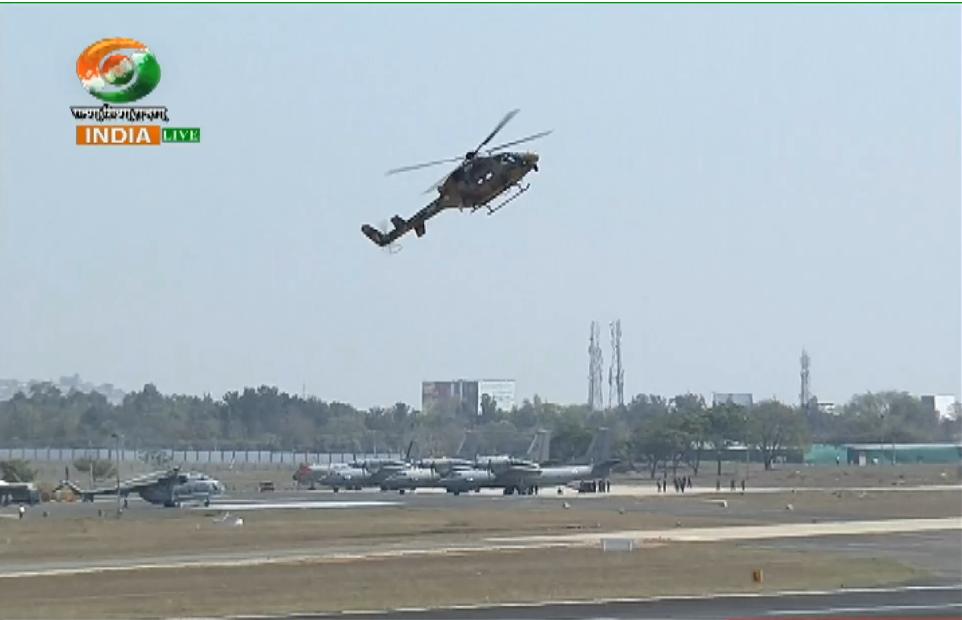 Not the best quality pic - LUH literally goes vertical on coming in to land. LUH is perhaps story of Aero India 2019. Its almost ready. Perhaps the most maneuverable helicopter in India across all types. Forget Ka 226. LUH shall be ordered in 100s if HAL can manufacture it.

I also see LUH replacing Dhruv in Sarang Team given the maneuverability of this pocket rocket.
Top

Kakarat wrote:Tarmak Talking with Team LCH: All set for the big game

This chap is amazing, his dedication , his attention to quality.
Kudos.

I am speaking about Tarmak ofcourse.
Top

A mockup is on display at the ongoing AeroIndia 2019 show here.

HAL is pitching the navalized Dhruv to the defense ministry as a product already made in India. “We have already made investments to develop this program, and we would hope that the government would choose our platform for the Naval Utility Helicopters (NUH) requirement rather than relying on imports,” a HAL official said.

The Dhruv NUH also can be fitted with torpedoes, depth charges and missiles. The helicopter will be powered by two Shakti 1H1 engines generating 1,032 kW of power each.

HAL has delivered more than 260 Dhruv helicopters, with the fleet having accumulated more than 200,000 flying hours.

On Feb. 12, India approved a navy proposal to buy 111 utility helicopters at a cost of more than $3 billion under a strategic partnership (SP) model. The navy wants a twin-engine, twin-seat NUH to replace the country’s aging fleet of Chetak helicopters.

To win, HAL will have to contend with U.S., European and Russian rivals working with Indian partners. So far, Airbus, Bell, Lockheed Martin and Kamov are in the fray.

“The MRHs will be an integral part of the frontline warships like the aircraft carriers, destroyers, frigates and corvettes,” a navy spokesman said.
The navy uses NUHs for several purposes, including search-and-rescue operations, medical evacuation, communication duties, anti-piracy/anti-terrorism operations, humanitarian assistance, surveillance and targeting.

The navy in August issued a global request for information for the procurement of 111 utility and 123 multirole helicopters. For NMRH, the government is looking at a twin-engine helicopter with wheeled landing gear, dual flying controls and blade-fold capability weighing less than 12.5 tons.

Philip wrote:Observations on the desi helos at AI-12.

Philip wrote:Observations on the desi helos at AI-12.

How can LCH be a clear winner, when the rest of your post is a whiner?

That service gent who said "I hope we never get HELINA.Pathetic DRDO" must have been munching on Caspian sea caviar, while he said that. He witnessed one miss of what must be 100s of tests and decides a multi-crore program is a dud?

Philip, your post is too smart for its own good. Enjoy AeroIndia!
Top

such a lovely interview. I would really like to thank Khalsa for posting it. Both the gentlemen were very forth-write. Its such an amazing feeling that they have been able to accomplish such feat. And its so in parallel with my experience as an engineer for western products.

Bare in mind the guys who test these things challenge the laws of physics...and only, there are few who do it as a profession and that there are a few who know boundaries of these and help you challenge your human ability to meet these challenges head on and live to tell the tale.

Great interview...if there had not been for collaboration between sane minded countries....there would not been the day that people with good minds could meet these challenges...really great interview.
Top

Philip wrote:I asked him about the ATGM." I hope we never get HELINA.Pathetic DRDO.I was at a trial.Missed the target completely.It's delaying things."
"What about Spike ER ?" I asked."Yes it was being considered but Helina is affecting the same.

Could it just be that the delay is because the HeliNa is coming along nicely?

From the Indian missiles thread..

Well this was from the end-user, horses mouth gent part of the tests.You know the gestation time that the DRDO takes for any item.But it explains why there is no ARGM on the LCH.One successful test does not make a ]system.Min.no of mandatory tests, final production prototype, series production, etc.If the ATGM was doing well there would be much fanfare about it.]
Top

Philip wrote:One successful test does not make a system.

Nor does one failure mean that a system is pathetic

Phillip did you catch the flying display of the LCH? Done by our very own Hari Nair sir. DD video of the same available on youtube.
Helina is coming along nicely and I hope clears all trials in the next couple of months. DRDO has given the target for end of March.
Top

Good news coming from guys at HAL. What's in the suitcase ? 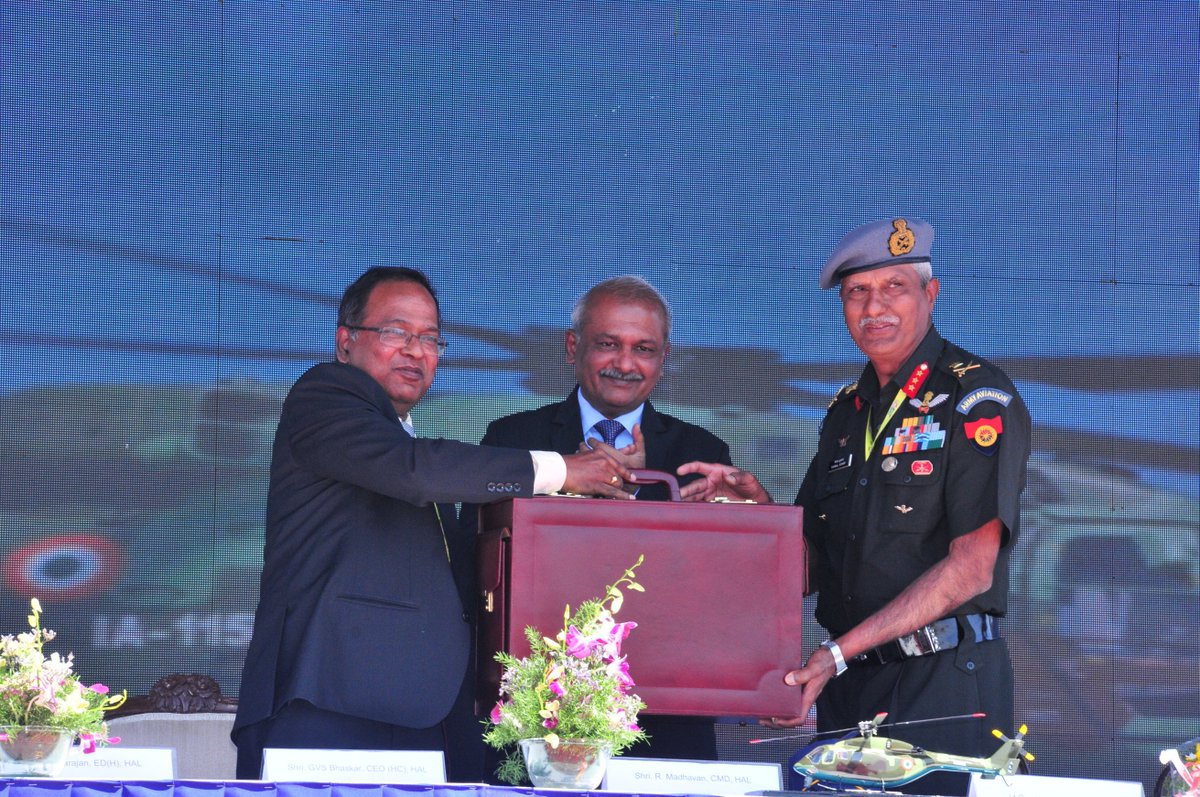 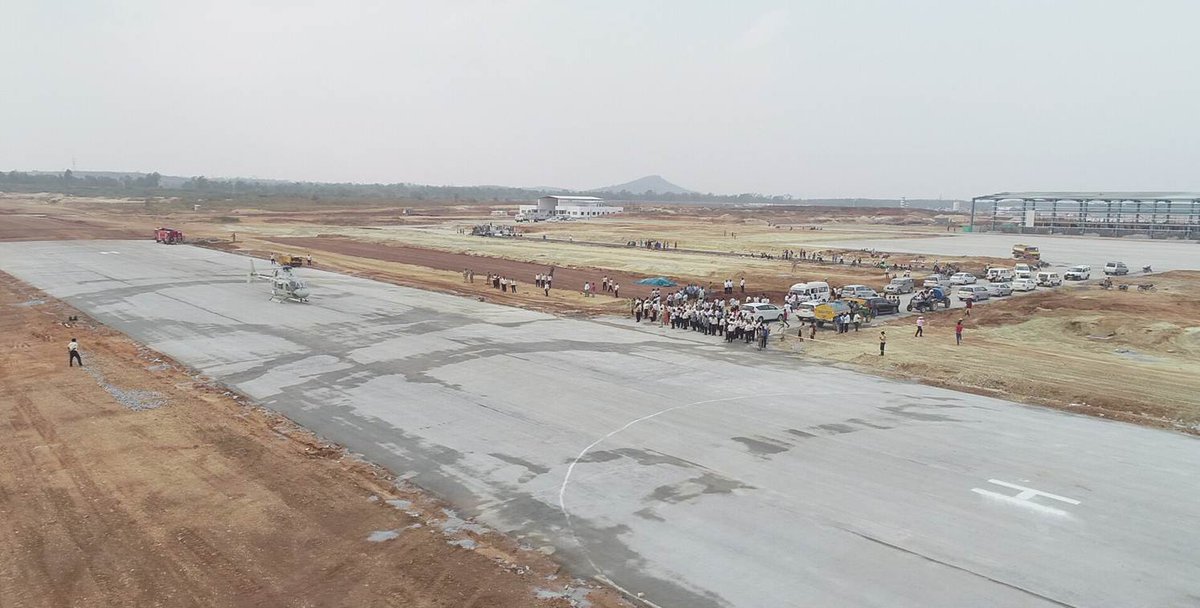 Sir, but i don't see any factory in the 2and picture. Where is it ?

Since long hearing Factory is coming in Tumakuru.. But what has moved on ground ?
Top

Why Google Earth for Maps? Doesn't it expose the Heli to worm attacks? Anyone who has access to Google Earth has access to Dhruvs. Wonder what are they using for LCH and Rudra. What about Indian sourced terrain maps?
Weather radar? Is it a Doppler radar?
Top

ashishvikas wrote:Since long hearing Factory is coming in Tumakuru.. But what has moved on ground ?

See that empty shell (just frame and roof) at the right hand corner of the photo. That might be the still-being-built factory.
Top

Please, please to the powers that be: Think futuristic and include enough space for a 8,000 ft. runway as well on this site.
It will help in future logistics as well as production of fixed wing platforms by the private sector.
Top

ashishvikas wrote:Sir, but i don't see any factory in the 2and picture. Where is it?

Since long hearing Factory is coming in Tumakuru.. But what has moved on ground ?

I am no sir, just delivering the news

It seems that HAL is building the factory post scaling up of LUH. Also it is part of stage2, whatever that means. Hopefully there are no more stages for operationalising this factory. It is 600+ acre land that HAL is getting. So the left hangar and the unfinished roof structure on the right maybe part of stage1. 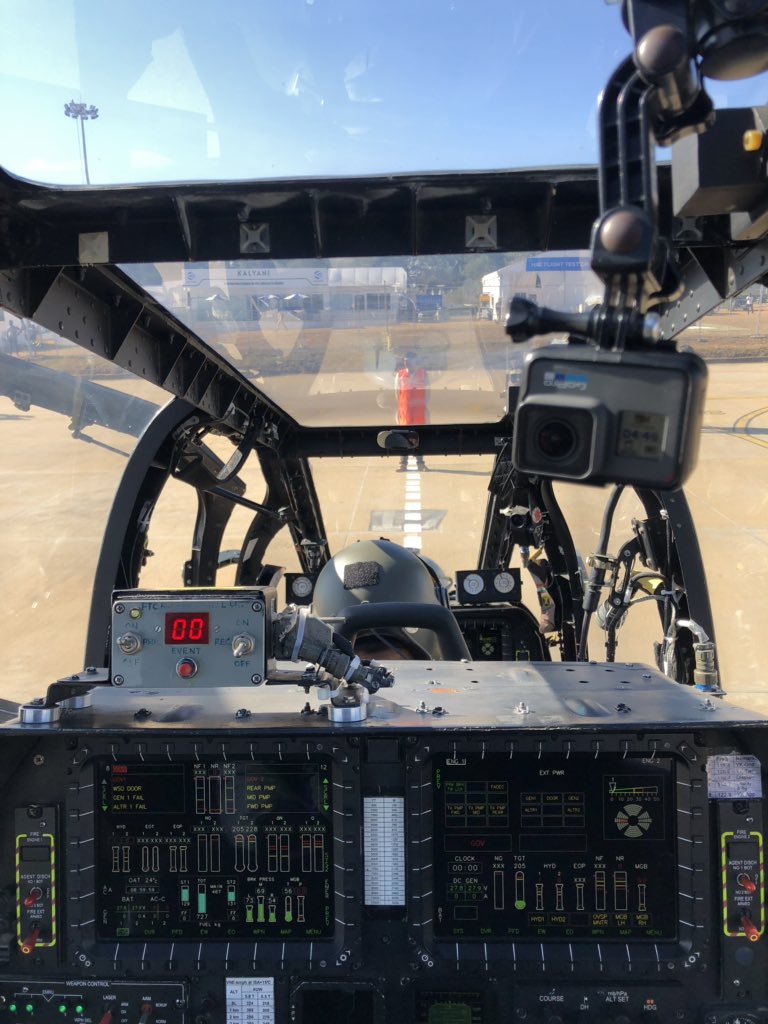 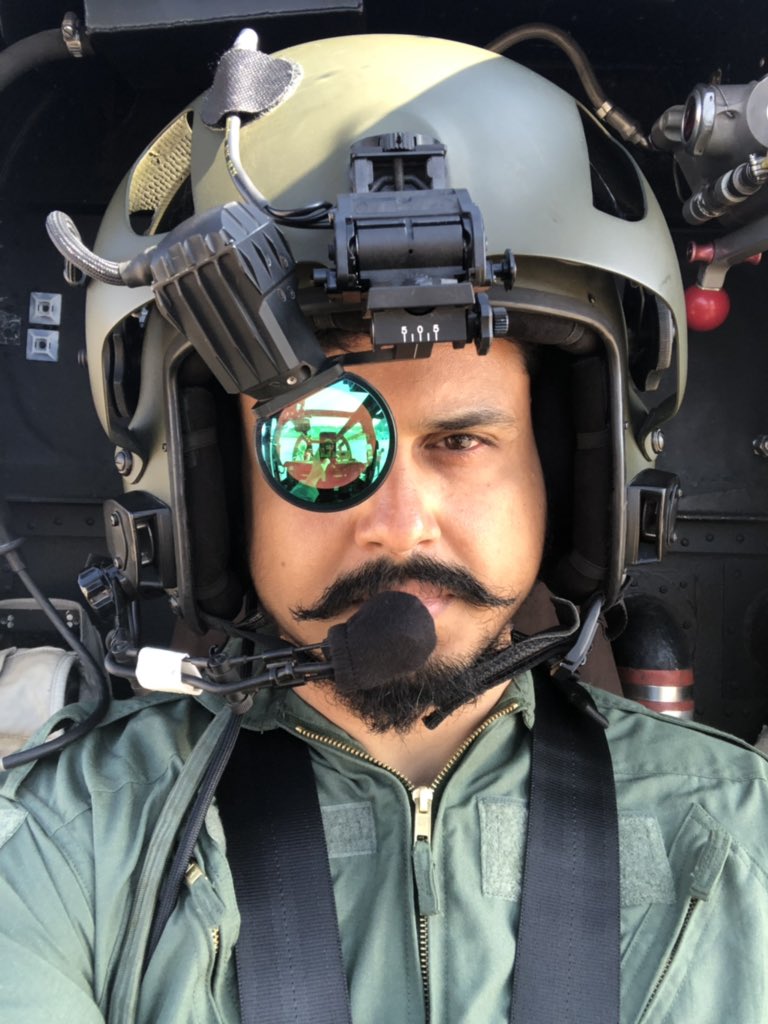 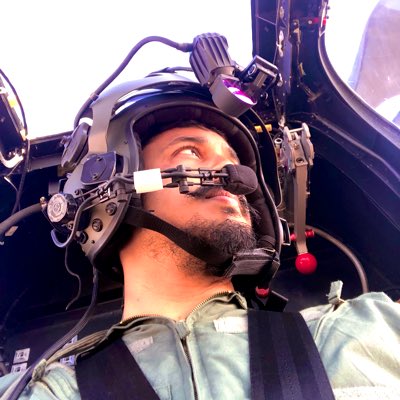 for his own recording he seems to have clamped on a gopro on top right of first pic.
Top

apache has a gigantic insectoid helmet too 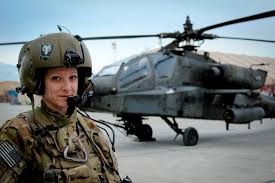 our seems to have a detachable exoskeleton where various things may be attached or removed while some "core" things are inside the inner helmet.
feels a bit more modular to me if you want to take offline and drop in replacements during a war.

pilot is carrying a rifle and torch...looks like we need to arrange it too a full survival csar kit.
Top

ashishvikas wrote:Sir, but i don't see any factory in the 2and picture. Where is it?

Since long hearing Factory is coming in Tumakuru.. But what has moved on ground ?

I am no sir, just delivering the news

It seems that HAL is building the factory post scaling up of LUH. Also it is part of stage2, whatever that means. Hopefully there are no more stages for operationalising this factory. It is 600+ acre land that HAL is getting. So the left hangar and the unfinished roof structure on the right maybe part of stage1.

Those over estimated delivery dates makes me furious.. If in last 3 year this much of work have been completed, god knows if in next 3 year it can start production.

What is that crudely assembled 'FTC..' box with the hand written lettering? Kind of leaves a jarring note in the midst of the rest of the modern cockpit
Top

maybe some device used in test flights. looks like a bolt on that will get deleted later.
Top

Obvious troll is obvious and our man is trying a bit too hard.
Top

Some sort of flight recorded. It has Rec : On /Off and a button for event recording.
Top

The gentt representing a particular service1The main task of the LCH, taking out enemy armour is at the moment missing.He is well-versed with Helina , at trials was mightily pissed off with the DRDO.His epithet was " pathetic".Delays due to DRDO tall talk.Spike was considered earlier- appeared incompatible but the latest version is.Gives good marks to the Apache despite Afg. troubles.

Naval LUH.From some media reports, only basic ASW capability is reqd. for the LUH, not dedicated ASW.The KA-226T has a good chance according to some analysts as it is twin-engined and being made for the IA.A larger multi-role bird will replace Sea Kings and KA-28s, the latter all being upgraded. The Dhruv naval prototype with folding tail and rotor, while not classic in design, gives an opportunity for some smaller warships to carry it.
Models of latest futuristic birds on display at sev. pavilions.
Top

^ Why can't hellfire be utilized till Helina comes into picture.
Top

Because that would be too simple and logical
Top

PS: The Dhruv with folding tail and rotors could've had the cabin configured for the ASW/ ASuW role.Big opportunity missed. An ASW console for a 3rd. crew member, plus sonobuoy dispenser, two LWTs, and other external sensor eqpt. pods, dunking sonar,etc. could've been added. There was a desi dunking sonar displayed at one stall.For its size, such a versatile naval med. helo would have a lot of export potential especially when deployed on corvette-sized and light frigate warships
Top

Great information on the LCH from designers itself.

Please visit the youtube link and give it a thumbs up.

LCH is going to be an export success.

EXCLUSIVE: Is Someone Trying To Derail The Arming Of India’s Rudra Copters?
https://www.livefistdefence.com/2019/02/is-someone-sabotaging-the-arming-of-indias-rudra-choppers.html
Top

^ in the same article
Update @ 1.37pm: Five hours after Livefist’s report went up, HAL and Thales have just announced a contract with Thales to supply new rocket launchers for 18 Rudras and 15 Light Combat Helicopters. Statement out a short while ago: