The Military Issues & History Forum is a venue to discuss issues relating to the military aspects of the Indian Armed Forces, whether the past, present or future. We request members to kindly stay within the mandate of this forum and keep their exchanges of views, on a civilised level, however vehemently any disagreement may be felt. All feedback regarding forum usage may be sent to the moderators using the Feedback Form or by clicking the Report Post Icon in any objectionable post for proper action. Please note that the views expressed by the Members and Moderators on these discussion boards are that of the individuals only and do not reflect the official policy or view of the Bharat-Rakshak.com Website. Copyright Violation is strictly prohibited and may result in revocation of your posting rights - please read the FAQ for full details. Users must also abide by the Forum Guidelines at all times.
Post Reply
1740 posts

Dunno about the veracity of this claim but fascinating nevertheless

Bomb trucks with PGMs are doing the biz in Syria. What Ru gained froma brief sortie of the SU-57 there is anyone's guess. The top Ru mil priority is its strat. sub fleet and production of SSGN/ SSNs. Its latest range of missiles both offensive like Avantgard ,Kalibir- ER and defensixe- SAM systems. The SU-57 isn't a mass production programme,it's expensive.
Top

Cain Marko wrote:Dunno about the veracity of this claim but fascinating nevertheless

It has been rumored to be a DIRCM test system but I don't see where the other systems would be for adequate coverage. There was a DIRCM system developed for the F-35 as well by Northrop Grumman many years ago called the Threat Nullification Defensive Resource (ThNDR) linked below, but it appears none of the partners or users were interested. I think everyone is waiting to see how you mount an actual low-medium power High Energy Laser on fighters for self-defense. A podded test system will begin flight testing next year on an F-15 which will serve as a proof-of-concept for mounted systems later down the road. 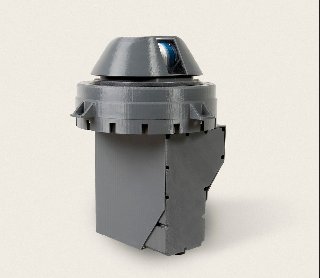 Over the years the official / semi-official word has been is that it is aimed at a 400-500 aircraft sized production run with about half of that destined for the Russian Air Force, and the remaining half for export. Had India stuck around and built on the nearly $250 Million invested in the program the projected need would have been around 120 fighters IIRC. Possibly more. Now add all the classic flanker operators and the projected export market could have been 2-3x of what the Indian demand was. Medium - Far term, you could even add the upgraded Flanker operators to the mix.

But now those numbers have changed. Russia is buying 78 aircraft by 2028 and there is currently no export customer. Without an export customer, I don't see them even getting to 100 operational aircraft (anywhere in the world) by 2030. It was projected to replace around 300 SU-27's in Russian service and even a subset of MiG-29's so I don't see how anyone could, with a straight face, claim that the PAKFA was not to be a mass produced programme. As currently planned it will be in trickle mode for most of this decade unless an export customer could come in and bank roll a large order and provide a much needed boost overall.

Russian combat aircraft production has fallen sharply over the last few years and since a subset of that is aimed at export the impact on actual combat aircraft modernization within the services is as much if not more severe with most plans likely being moved to the right. 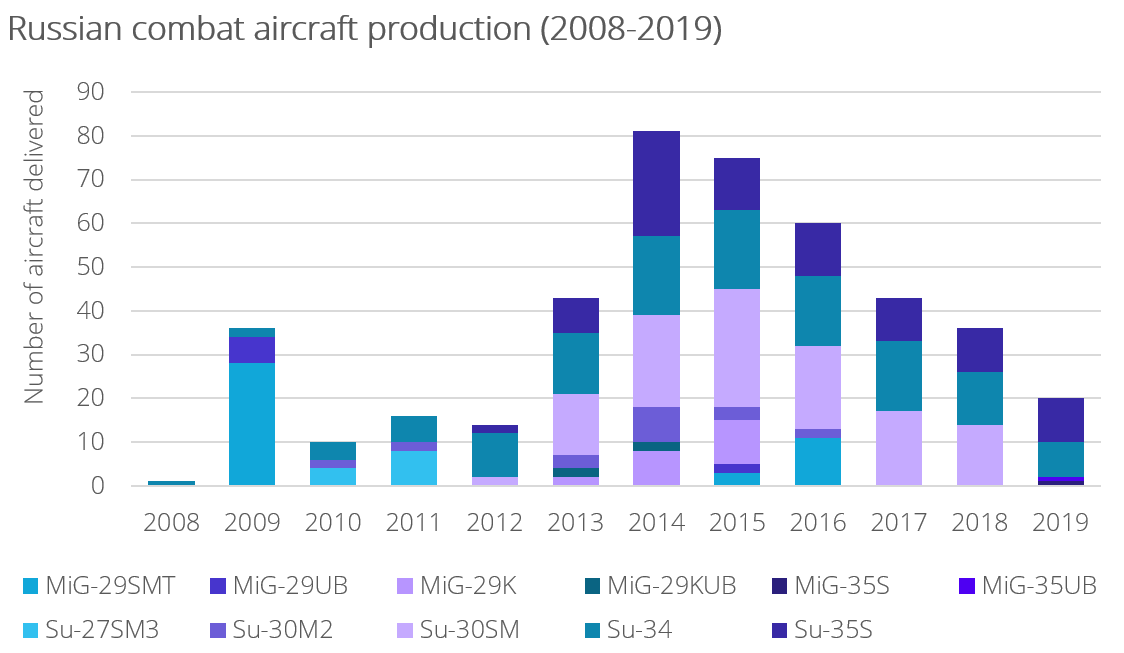 IMO, Russia has insufficient numbers but quality 4G SSNs, while PLAN has a long way to go wrt SSN quality & numbers. IMO. Chinese SSNs not yet at stealth level of even the sole 3G Akula SSN operated by IN.

Opinion of a Former senior Submariner of Indian Navy ..

May be we are interested in the 4G SSN tech for our build. Our concern is China and not Russia or America. America won't supply the tech/offer co-operation in such a closely guarded area but Russia just might .. for a price.

Saar what is your opinion?
Top

^^^ I think the good Admiral is saying that we should not worry yet about Cheen SSNs. Their SSNs are behind the Akula we lease. We can use our budget elsewhere where the need is greater.
Top

IIRC, we have a SSN program underway and we "might" just decide to directly go 4G or at least incorporate "as much" 4G level tech as Russia is willing to share for a price of course.

While such deals are very hush hush the possibility exists given the past Russian co-operation with India.
Top

Russians have been hacking GPS signals for protecting their assets.

Yes,the Akula we have,upgraded to at least Akula-2 std., far superior to the Chin SSNs,why we are so keen upon extra Akulas in the absence of speedy progress on the SSNs. If we acquire another 2 to 3 Akulas,the GOI opening the purse strings, these upgraded Akulas will be of Akula-3+ std. incorporating VLS cells like the 4th.gen Yasen and other improved eqpt. and sensors,plus new weaponry like Kalibir,Brahmos variants,etc.Operating 3 to 4 SSGNs in our neighbourhood and beyond would be a v.strong deterrent to intrusive Chin warships and subs. The more N-boats we operate the better,even if the cost factor is higher than that of AIP boats.
Top

Hindu report: India inks 14 MoUs with Russia dfoe defence support,spares. These were signed during the Defexpo at Lucknow. The agree?ents are for spares and support forr Ru/ Sov. origin weaponry from MBTs,air-defence SAMs .One important MoU signed was cbetween BDL and Almaz Antey,feasibility of production of " air defence missile systems in India for Tunguska, Kvadrat,Osa- AKA, Pechora and Shilka ADG systems.

Other agreements include emerging tech AI,Internet of things, blockchain and robotics based upon Ru tech. Proposed: The Indo- Russia JV ICT Centre of Excellence.
Top

A Russian Navy warship has fired an NPO Mashinostroyeniya 3M22 Zircon (Tsirkon) hypersonic missile for the first time during trials in the Barents Sea.

Russian defence minister Sergei Shoigu confirmed the start of the test programme by the Northern Fleet during a meeting of his ministry's board on 28 February.

"The trials of new armament, including hypersonic weapons, continue. All this will make it possible to qualitatively boost the combat potential of the Russian Navy's Northern and other fleets," Shoigu was reported as telling the board meeting by Russian state news agency TASS on 28 February.

The test launch was part of the Northern Fleet's plan of activity for 2019-25, said Shoigu.
Top

It would be interesting to see where they optimize this system. TASS reports indicate a 500 km range class. The X-51 was in the 700-800 km class (with 500 km of it scramjet or rocket powered) with the HAWC expected to be in the 1000 km class which is where the USAF will also like to field a weapon system derived from it. Though for this application the design constraints around smaller corvettes may be different. The USAF is looking for a one for one swap with JASSMERs on its bomber and fighter fleet.
Top

honestly, I am more interested in its, supposed relationship with Brahmos 2. I am assuming that they are not mutually independent. At this stage I am wondering who's feeding what. Russians havent shown much progress on this front although Avangard, Kinzhal seem to be on their way...(mindful that they are in different class and serve different purpose)
Top

ranjan.rao wrote:honestly, I am more interested in its, supposed relationship with Brahmos 2. I am assuming that they are not mutually independent. At this stage I am wondering who's feeding what. Russians havent shown much progress on this front although Avangard, Kinzhal seem to be on their way...(mindful that they are in different class and serve different purpose)

Avangard is a BGV based weapon and strictly a strategic system. Kinzhal is an aeroballistic missile derived from the Iskander and as such not really comparable in terms of being a hypersonic weapon of this class. If you describe Kinzhal in the same class then practically all ballistic missiles can be called hypersonic as they all fly at hypersonic speeds. The designs and capabilities offered by BGV's are very significant in terms of challenges they impose on their opponents and the way they will be utilized offensively. Generally, compared to an aeroballistic missile or a BM capable of mauevering you are looking at an atomoshpheric flight and skips lasting multiple order of magnitures. This could be 60+% of the total flight time of the weapon. Now think of this as a 20-25 minute skip and atmospheric flight time for medium to intermediate ranged missiles. That's closer to 2/3 of the total missile flight time right there. This is a challenge. A highly efficient HBGV will be slower in speed than a Ballistic Missile but far more complicated to detect, and defeat.
Top

brar thanks for the explanation. my knowledge is pretty basic but i didnt think they are same..i just mentioned a passing remark that the weapons russians want for themselves are on their way. That said..let me know if there is something i can read to learn more on this
Top

The Project 545 ‘Laika’ was first revealed in the background of a media report on a Russian defense exhibition in December. Although it has not been officially confirmed the new design is likely to be the next generation Russian attack submarine project known as Husky. The name Laika refers to a breed of Siberian hunting dog very similar to the husky.

The type follows on from the Pr.885/885M Severodvinsk-class cruise missile submarines (SSGN). But it is not a straightforward successor. Instead, it is the cheaper little brother, intended as a replacement for existing attack submarines. As the Severodvinsk-class (also known as Yasen-class) replaces the Oscar-II SSGNs, Laika will replace the Akula and Sierra classes.

We need a capable but affordable SSN. We should not fall into the trap of wanting the best of the best straight away.Some years ago there were reports that the IN was pissed because the Rus wouldn't give them a Yasen class SSGN when only one was in service! We don't have full N-sub tech. with us and only Russia is capable of assisting us given our long experience of operating Ru designs. Perhaps the Laika could be a base design to start from.
Top

Gotta hand it to the Russians...they produce good HQ videos of their products.