The Military Issues & History Forum is a venue to discuss issues relating to the military aspects of the Indian Armed Forces, whether the past, present or future. We request members to kindly stay within the mandate of this forum and keep their exchanges of views, on a civilised level, however vehemently any disagreement may be felt. All feedback regarding forum usage may be sent to the moderators using the Feedback Form or by clicking the Report Post Icon in any objectionable post for proper action. Please note that the views expressed by the Members and Moderators on these discussion boards are that of the individuals only and do not reflect the official policy or view of the Bharat-Rakshak.com Website. Copyright Violation is strictly prohibited and may result in revocation of your posting rights - please read the FAQ for full details. Users must also abide by the Forum Guidelines at all times.
Post Reply
100 posts

https://twitter.com/IndianDefenceRA/sta ... 2408124417 ---> Sent by a friend, Tata Safari Storme, on a car transporter on their way for induction into the services with Indian Army for the role of new general purpose light utility vehicle. 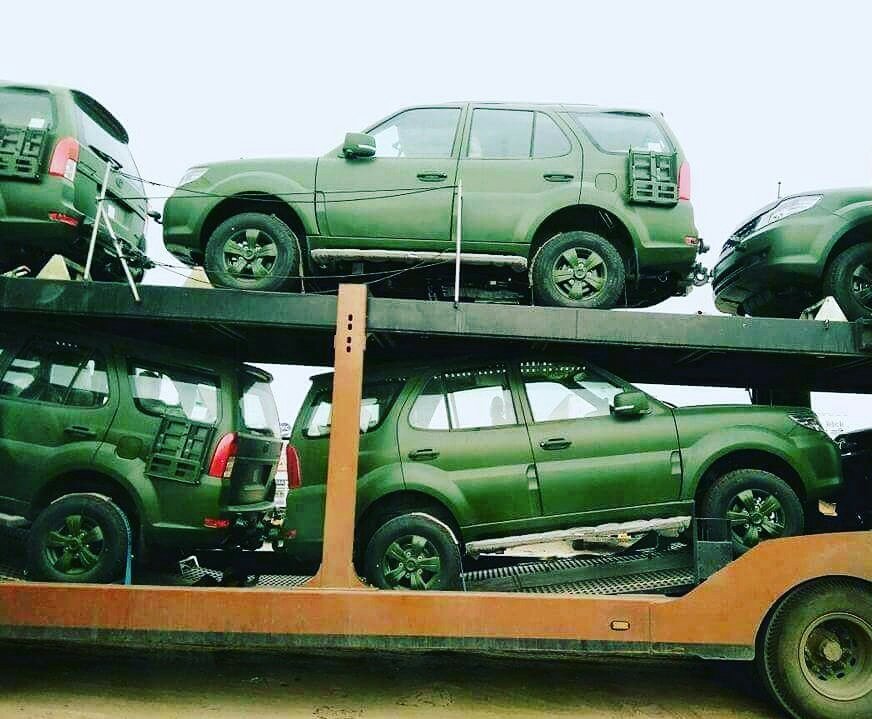 That URL is for a different article. Here's the right one: https://www.cartoq.com/army-spec-tata-safari-storme-how-its-different-from-the-regular-one-video/
Top

India-based Hinduja Group firm Ashok Leyland has won a tender for developmental works for the Indian Army’s defence tracked combat vehicles. Under the deal, the automobile company will work in collaboration with the Defence Research and Development Organisation (DRDO) laboratory Combat Vehicles Research and Development Establishment (CVRDE). The two organisations will jointly carry out the production, assembly and testing of a lightweight clutch in order to design and develop weight-optimised 1,500hp automatic transmission for the army’s main battle tanks. Ashok Leyland Defence head Amandeep Singh said: “For over three decades, Ashok Leyland has been a vital part of our defence forces through our mobility solutions.

“As part of our strategy to enhance our contribution to our defence forces and to expand our business scope within our focus area of ‘Solutions for Mobility on Land’, we have been working on tracked vehicles. With this win, we mark yet another milestone where we start working on the tracked vehicles that our soldiers use.” According to Singh, the company sees a potential opportunity to upgrade and repower the BMPs or tanks in service with the Indian Army. In addition, Ashok Leyland is engaged in building indigenous solutions for power packs and running gear that would help overhaul both the service’s existing fleet of infantry combat vehicles (ICVs) and the new future infantry combat vehicles (FICVs). Singh added: “We are proud that we are the only vehicle manufacturer in India having indigenously designed, developed and manufactured power packs beyond 350HP. “The tracked combat vehicle opportunity also exists in several other countries which use Russian-made combat vehicles.”
Top

mods: if this is not the right thread kindly move it

Saar, I moved it to this thread. Better suited here. Thanks.
Top

Rakesh wrote:Saar, I moved it to this thread. Better suited here. Thanks.

Hasn't Force motors already been chosen to supply the IA's LSV? ^^Is TATA planning to export the Merlin then?
Top

nachiket wrote:Hasn't Force motors already been chosen to supply the IA's LSV? ^^Is TATA planning to export the Merlin then?

Ministry of Defence
Induction of Indigenous Bridge in Corps of Engineers
Posted On: 20 MAR 2019 5:34PM by PIB Delhi 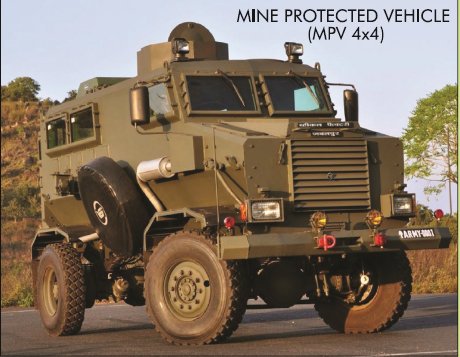 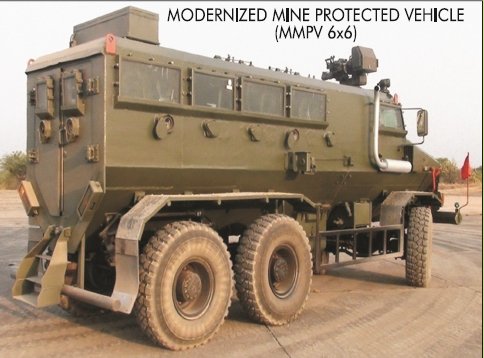 https://twitter.com/Aryanwarlord/status ... 4888559616 ---> The base MPV is already doing stellar service with anti-Naxalite forces in the hinterland. This example was photographed close to the Jharkhand-West Bengal border by me in September. 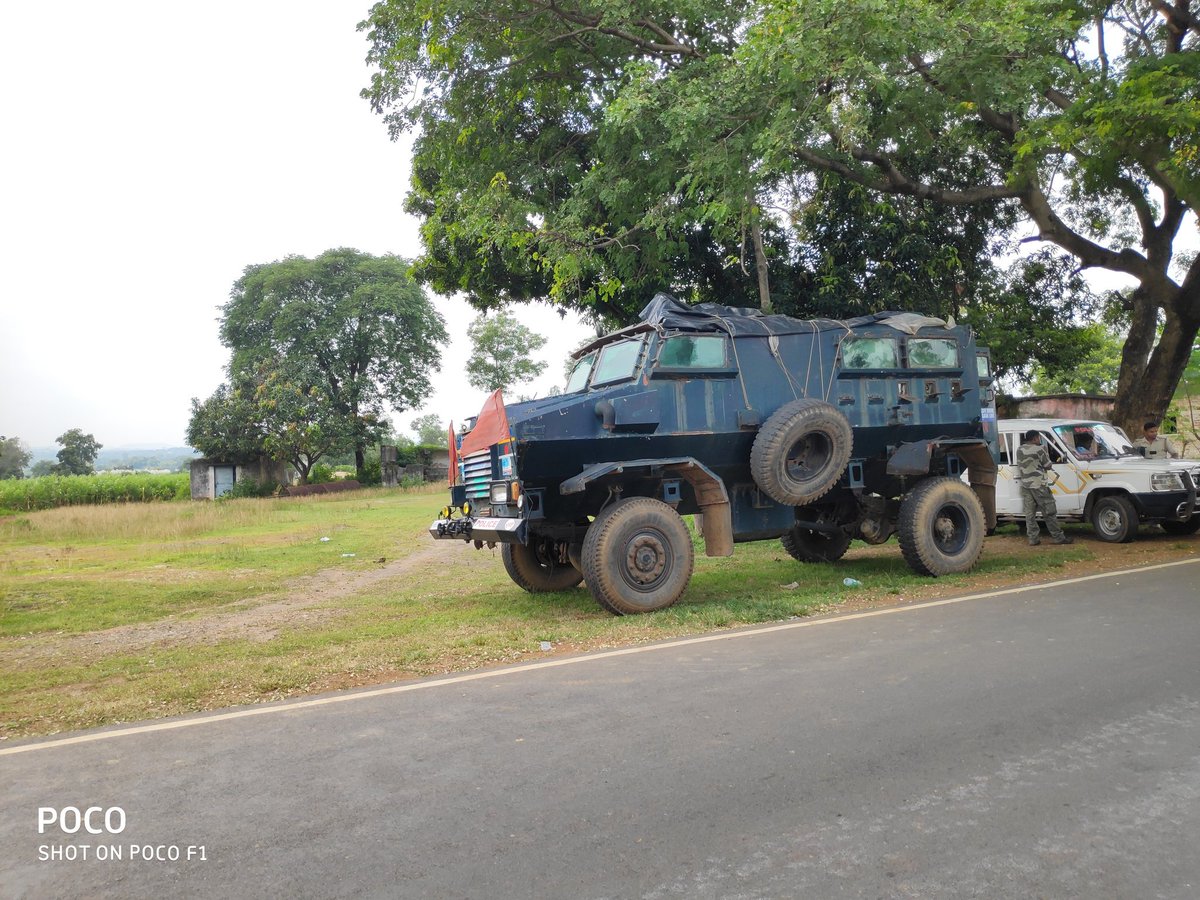 Surprising, why media puts these news in some remote corner?? that too in bhubaneshwar bracket..
Can I assume it is because Hemant Kumar Rout is from bhubaneshwar??
Top 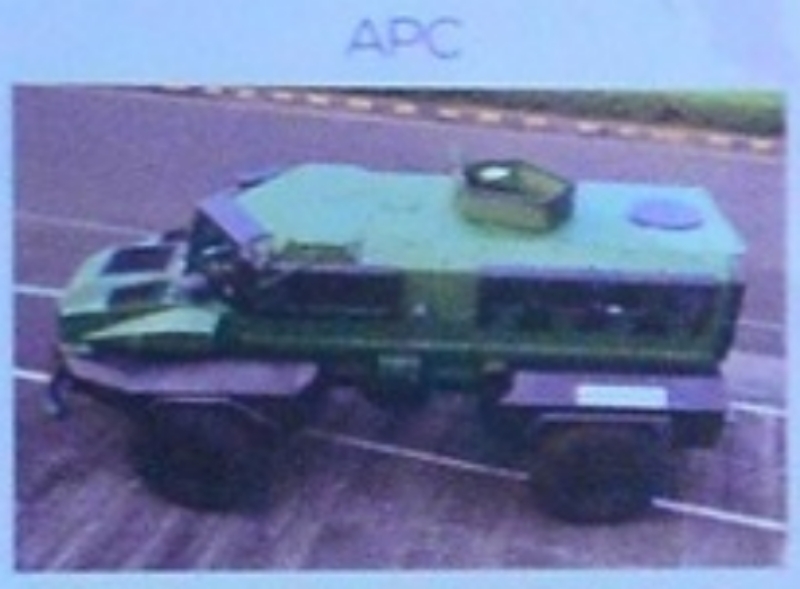 Kalyani group making an APC. Looks more like a MPV than APC.
Top

Bharat Forge/Kalyani group seems determined to turn itself into a MI behemoth. Any updates on the progress of their jet engine development?
Top

Force motors has won the competition for Light Strike Vehicle with their offering based on Gurkha, a design heavily inspired by G wagon. Hopefully the force LSV engine has been updated from the puny underpowered engine on the Gurkha.

The Gurkha variant for Army seen testing out in the wild. Very SDRE and utilitarian. 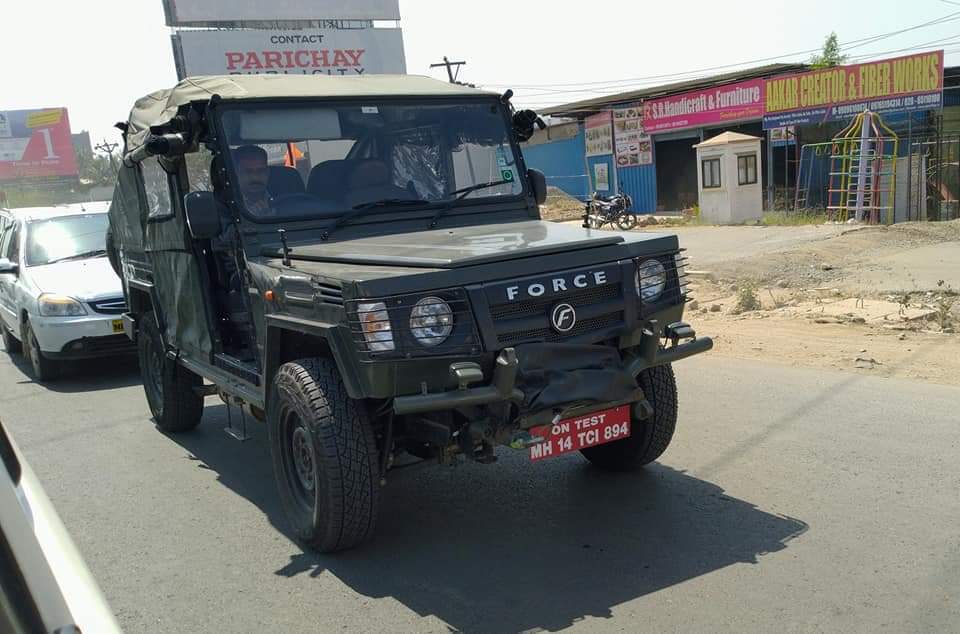 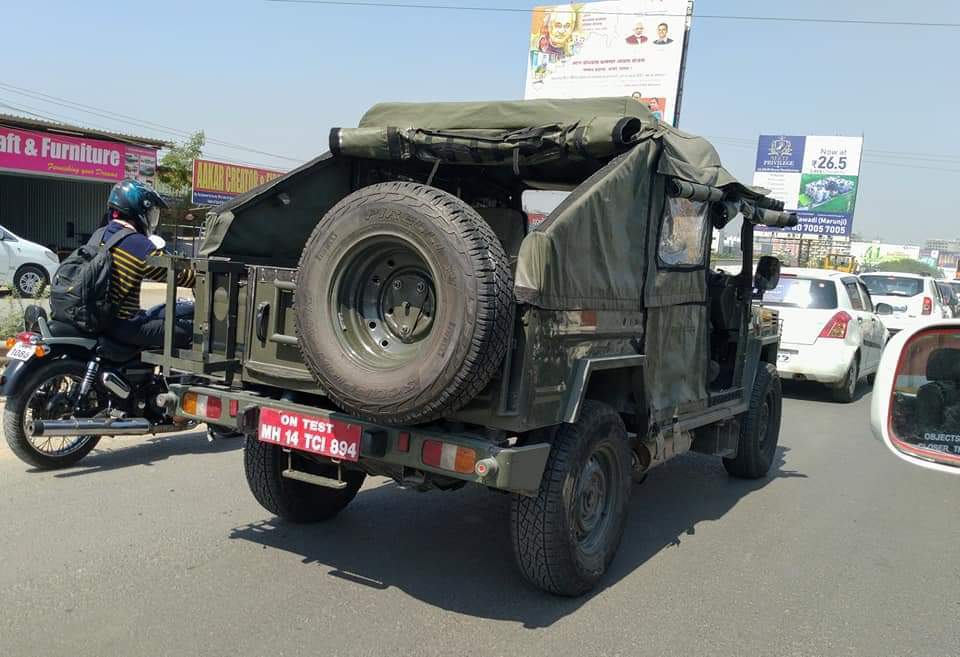 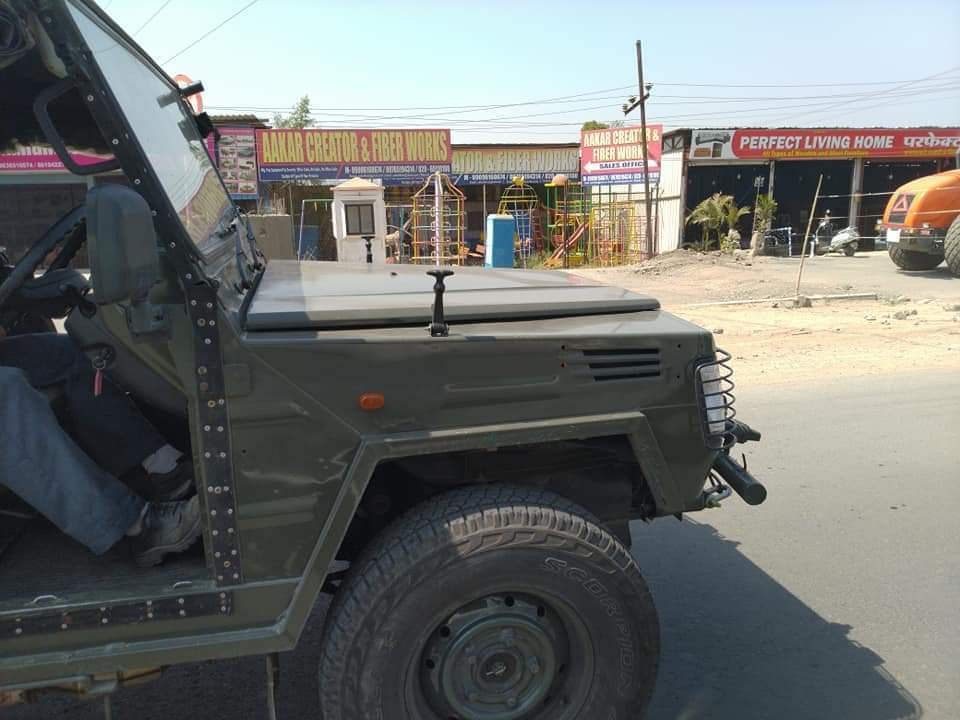 It seems to be bare bones, because of the requirement to be heli transportable on Mi17. Gypsy used to do that.
Top

Seems to be using Pirelli tyres, would have loved to see an Indian brand like MRF or JK. Are Pirelli tyres made in India?
Top

Pirelli currently imports all its tyres from various factories across the world as it does not have manufacturing operations in India. 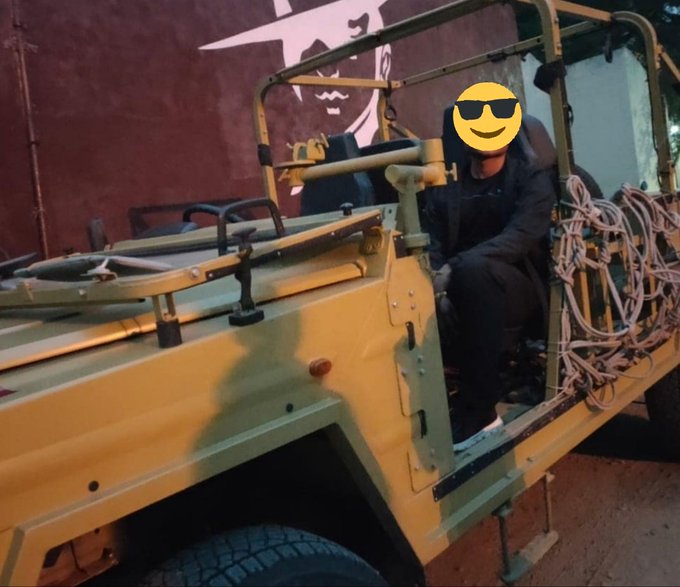 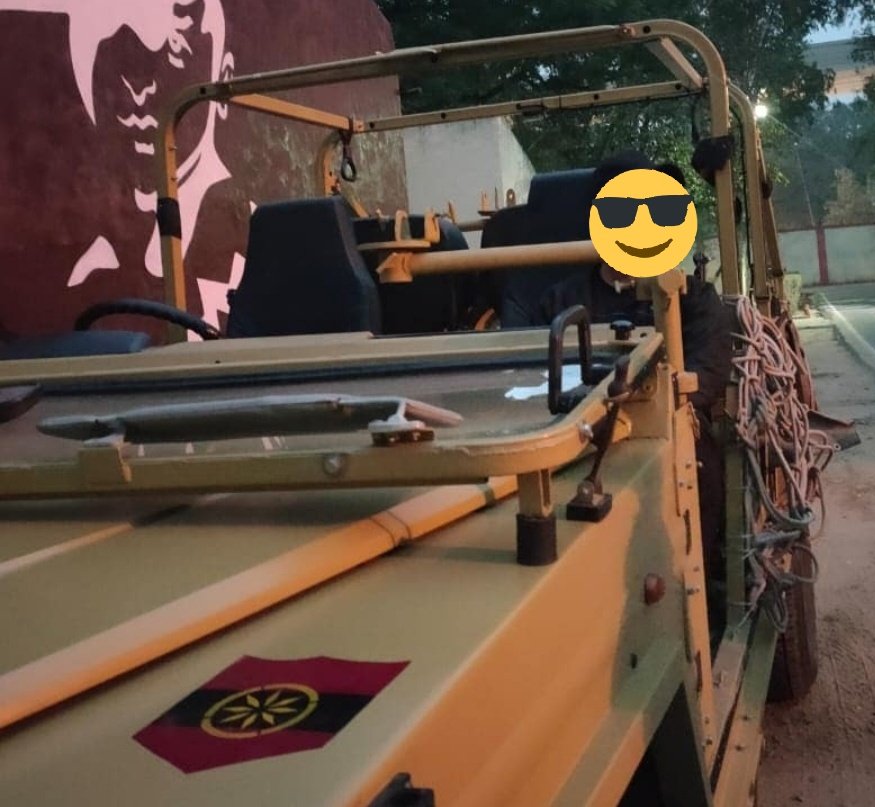 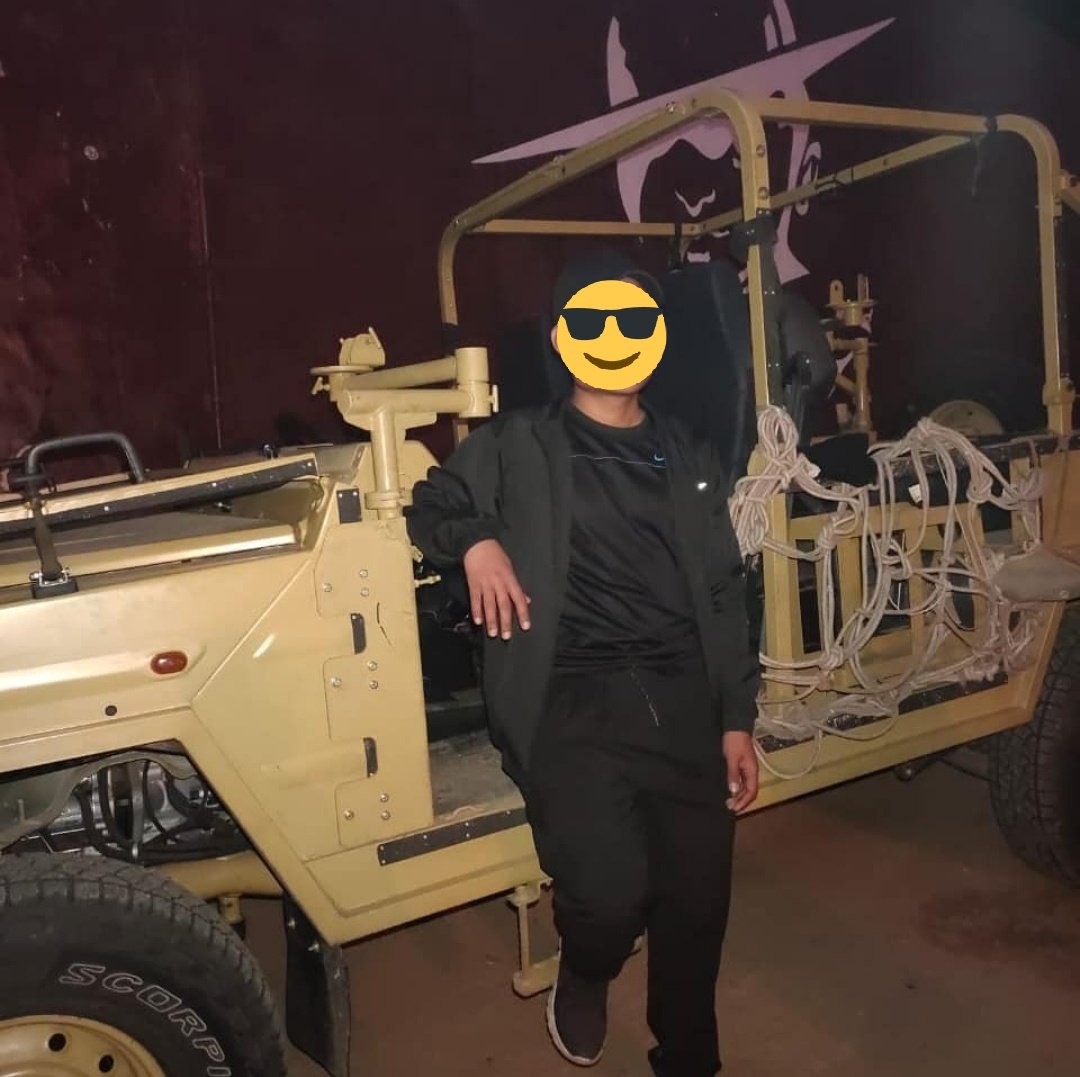 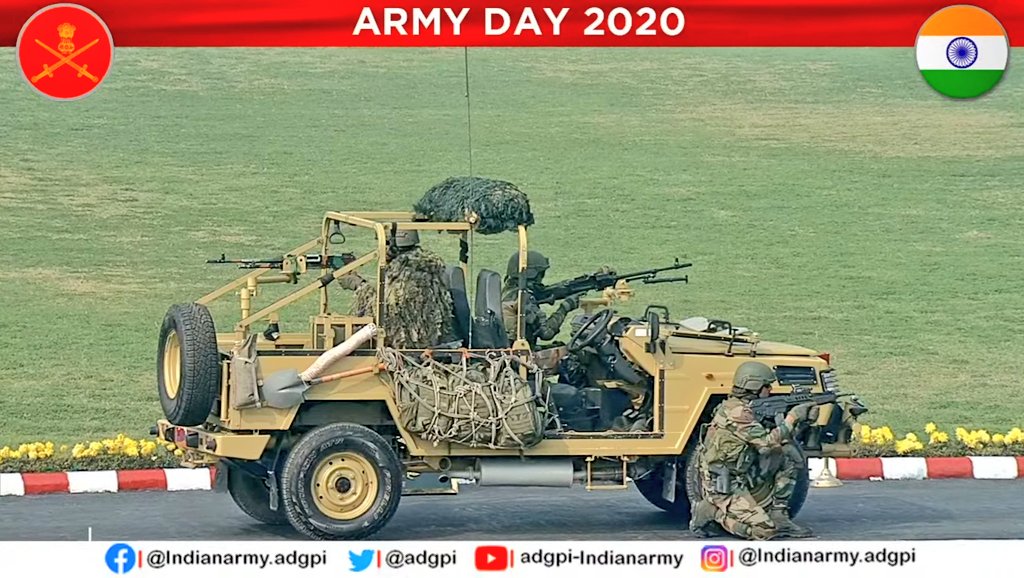 Force Gurkha LSV inducted. It has also been showcased with Para SF during army day.
Top

FInally after 14 plus years of drama, we have the LSV in service. The previous iteration of LSV competition had the following competitors. - Mahindra's Axe which is also used by Israeli special forces - OFB's licensed Flyer, a very solid design also licensed by General Dynamics for US Special forces. It looks odd because of rear mounted engine. People will scoff at it because it will be made by OFB, but it is the most successful design of the lot chosen by a lot of countries. It's a shame that we never got to see more of the OFB prototype Flyer based design. There are only two public domain images of the Indian iteration of Flyer design. One is above and the other is the one posted by Broadsword donkey years back from previous trials. 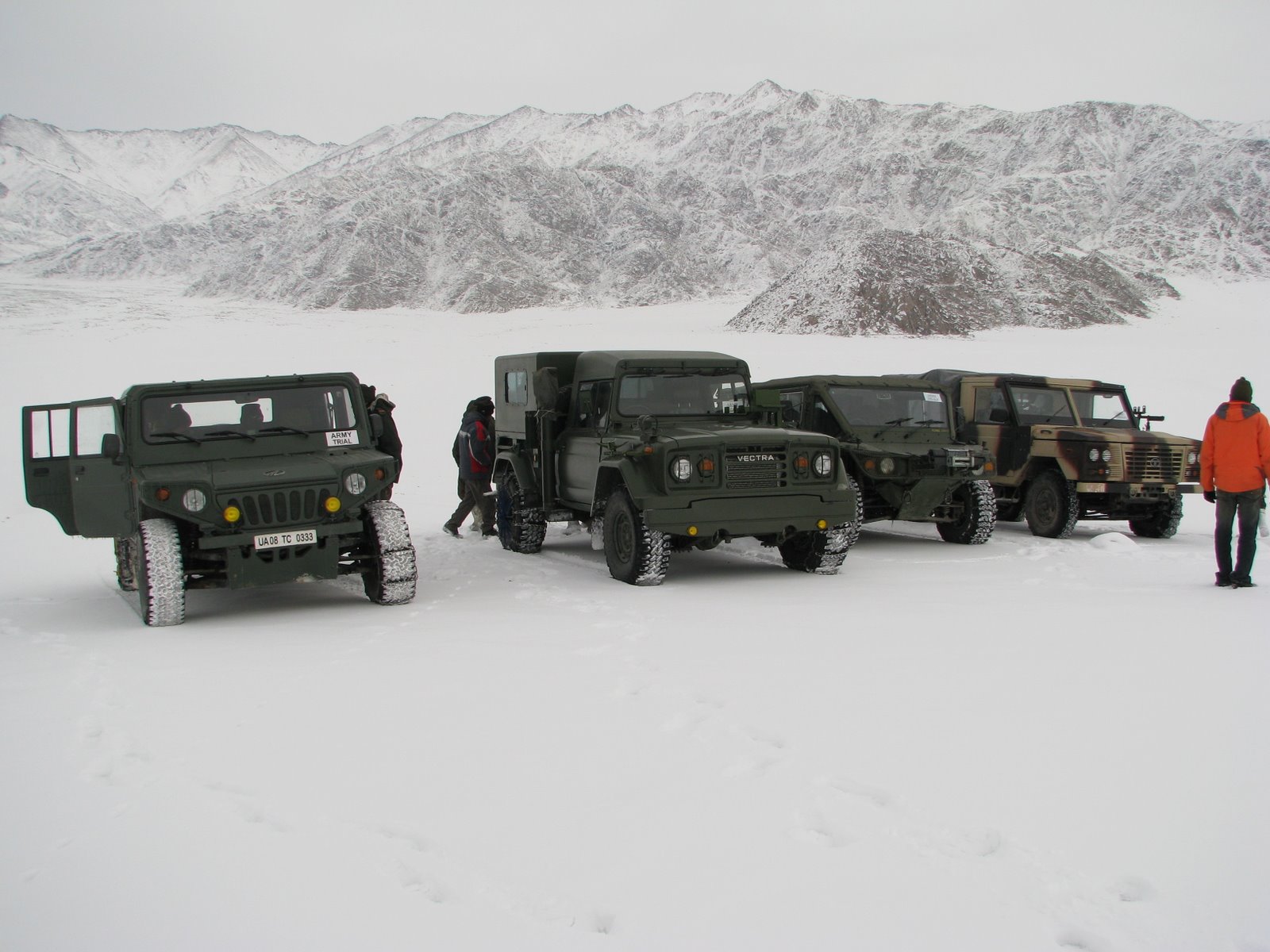 So the Maruti Gypsy has been replaced by:
Tata Safari GSV
Force Gurkha LSV

The Light armoured vehicle purchase is yet to be settled. It appears to be a threeway competition between Tata, Mahindra and Kalyani Group.
Top

Dang. Till recently, I had around me, a Gurkha with the snorkel et al on a share basis with two friends and the experience had been less than stellar. Hope the defense editions are more robust and higher spec!!! At the time of introduction in mid-80s, the Gypsy that these are replacing, was a jump up in quality and also better uptime in cold weather mornings

That OFB and Tata (ugliest) looked the most promising
Top

My favourite was the Axe.

By the way, there will be more than the Safari and the Gurkha. Tata is developing two versions. Mahindra is developing a more muscular version of the Axe. All shared on this thread earlier. I am sure more orders are to come.
Top

hnair wrote:Dang. Till recently, I had around me, a Gurkha with the snorkel et al on a share basis with two friends and the experience had been less than stellar. Hope the defense editions are more robust and higher spec!!!

It is not confirmed yet, but the Army offering was based on new 140 Hp variant and not the older 85 Hp underpowered variant.

During the 1971 Indo-Pak War, 10 Para (Commando) conducted raids 80 km deep inside Pakistani territory across the Thar Desert. The stealth and speed of the attack on Pakistani Ranger Base at Chachro, Tharparkar District of Sindh in Pakistan, took the enemy completely by surprise, who didn't expect such deep raid and had not deployed any early warning elements ahead of its defences. They had no inkling of the impending attack. Exploiting enemy's psychological dislocation, no time was wasted by 10 Para (Commando) in raiding Virwah and Nagarparkar in quick succession. Use of specially fitted jeeps / jongas, armed with light weapons was the only available option for transportation. The raids, capture of Chachro in particular, were successful because of simple plans including catering from required firepower down to the fuel and vehicle loads. The speed and ferocity of the attacks forced enemy to panic and flee despite having superiority in numbers and fortified positions. Chachro was the first time such a long distance raid in desert terrain was executed by India, becoming a benchmark for similar operations in the future. However, future requirements for Special Forces required not only capability of moving ab initio by ground, but also air transporting these LSVs deep inside enemy territory.

Thakur_B, thanks, that power will surely help. Underpowered is one thing, but niggling issues with suspension, fuel line, weather proofing etc that needed a lot of garage time. We have used it a bit during the 2018 Kerala flood relief (of course, as a non-state privateer), in doing rescue, towing, cleanup etc. Hope they sort everything out in that one.
Top

Some more pictures of the Mahindra ALSV...currently seems to be marketed primarily in the UAE, can't wait to see this in service with Indian forces! 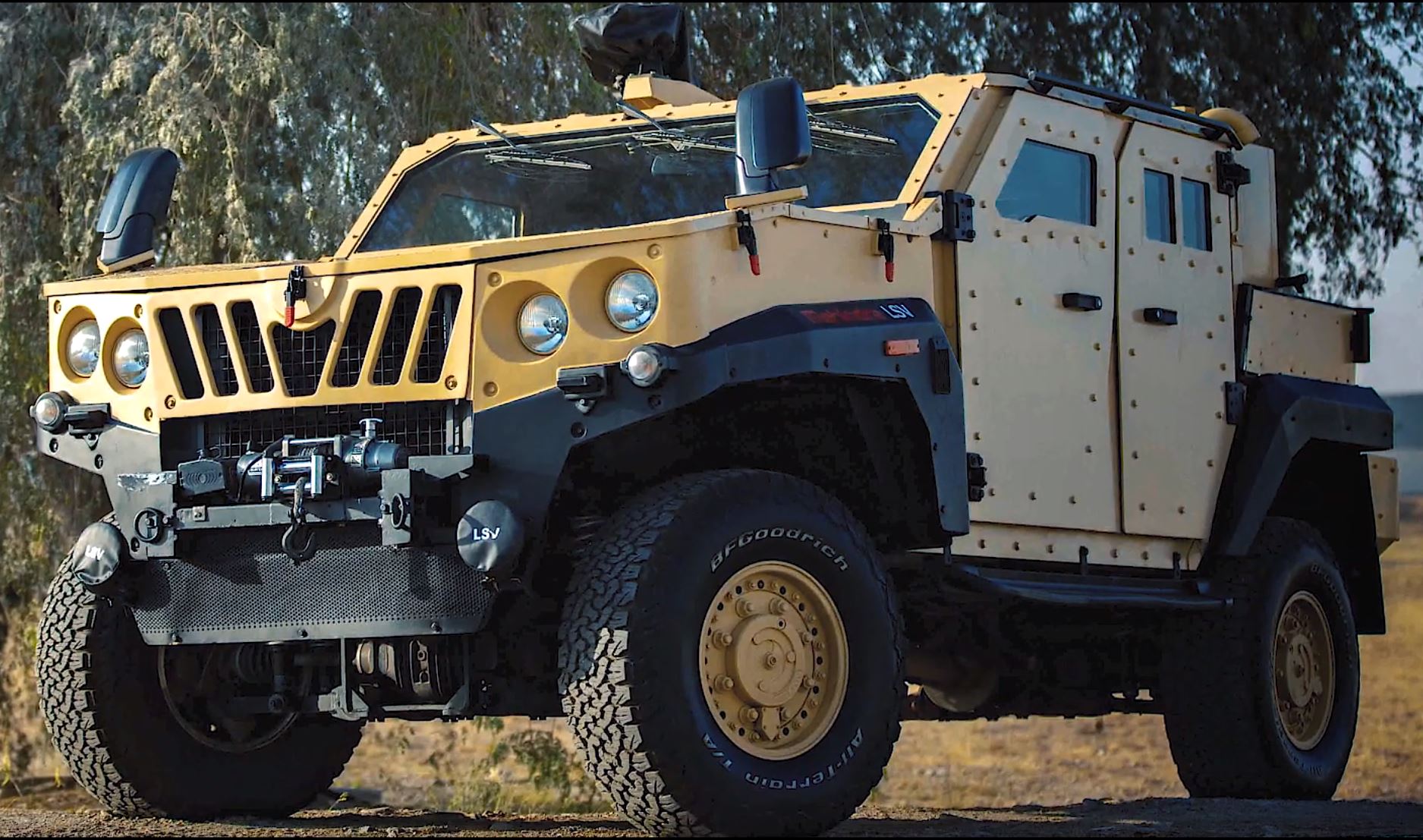 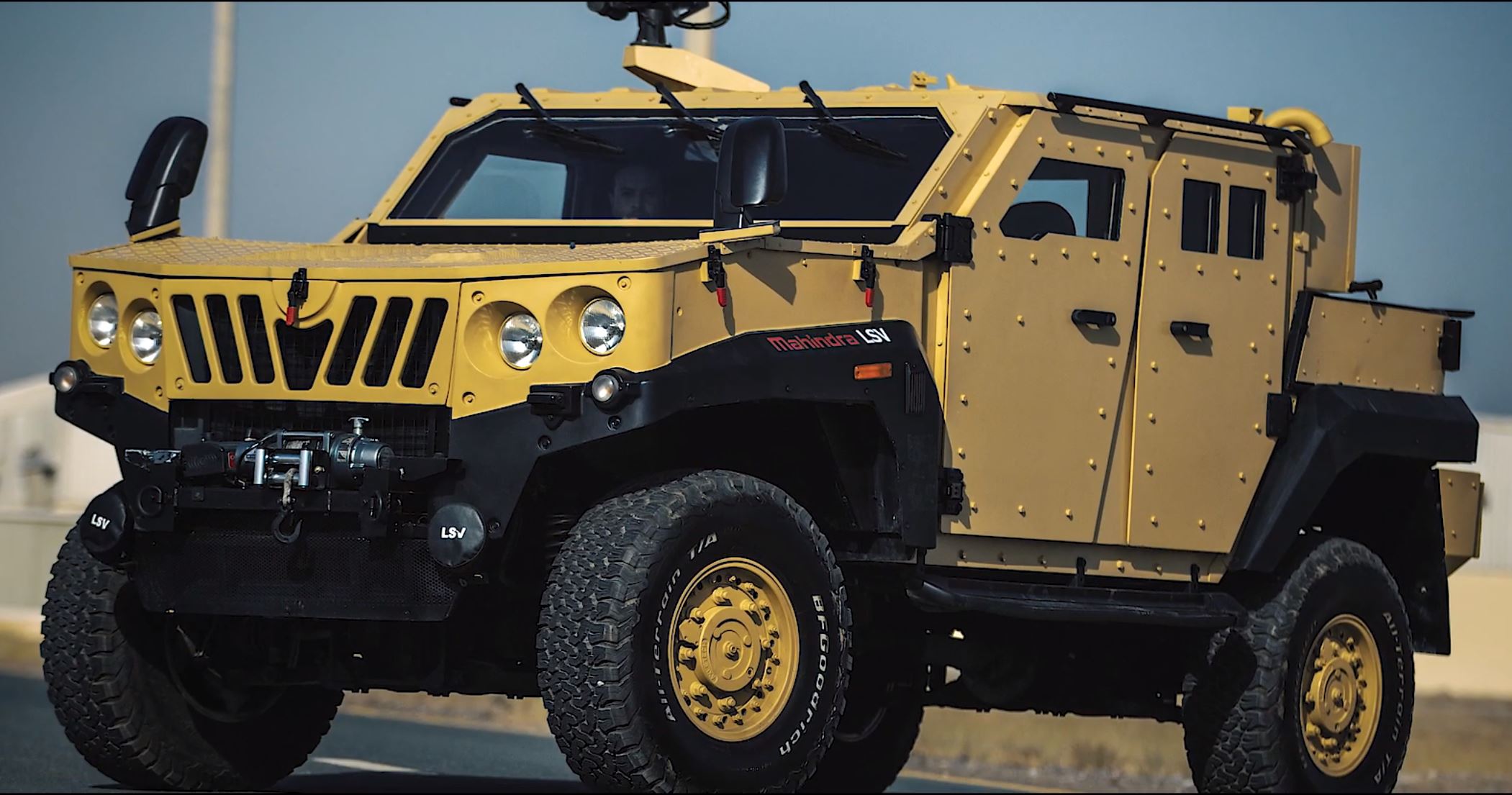 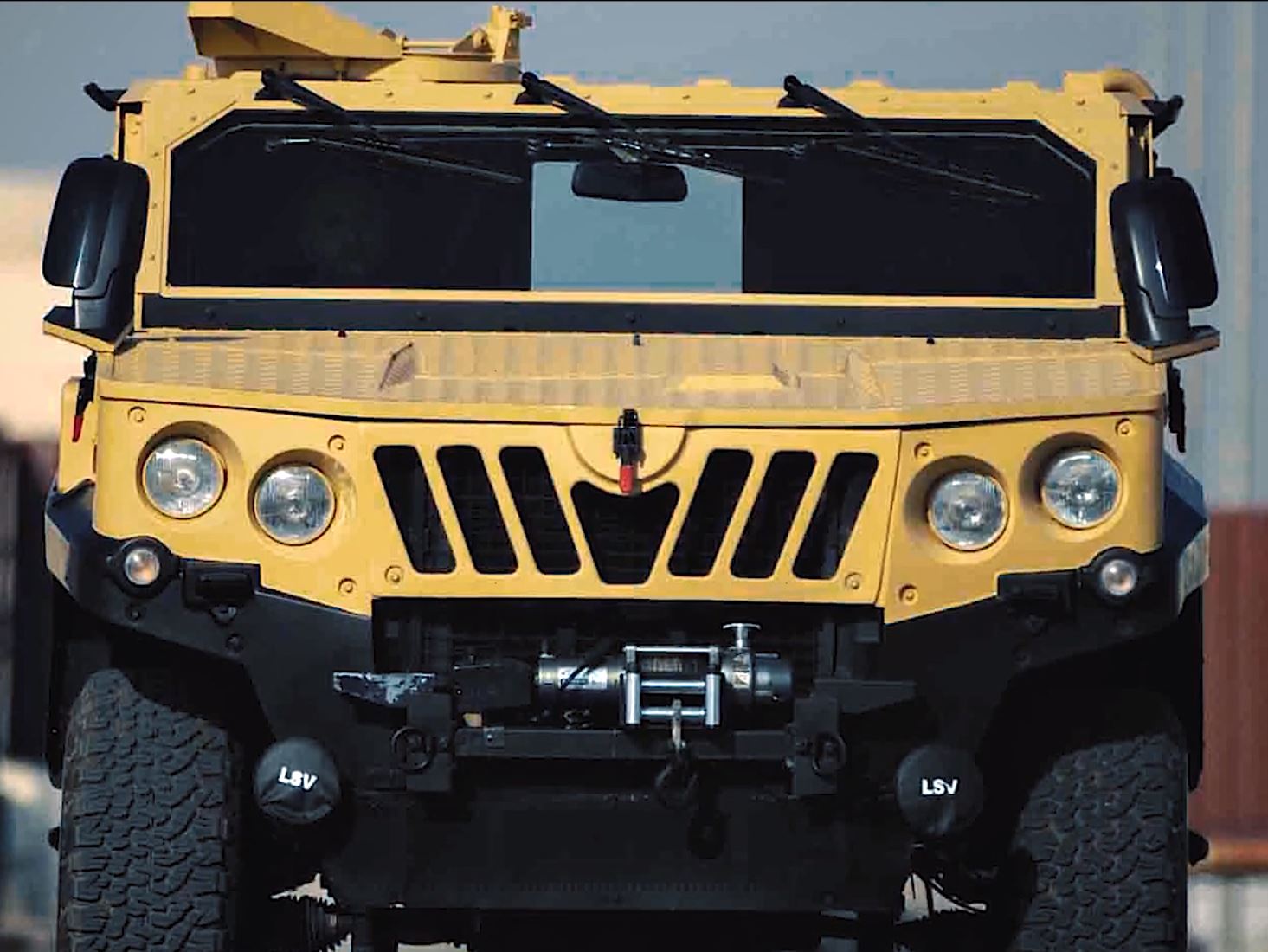 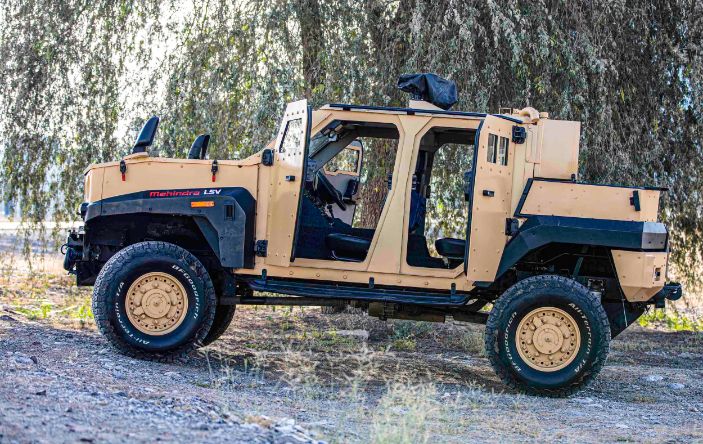 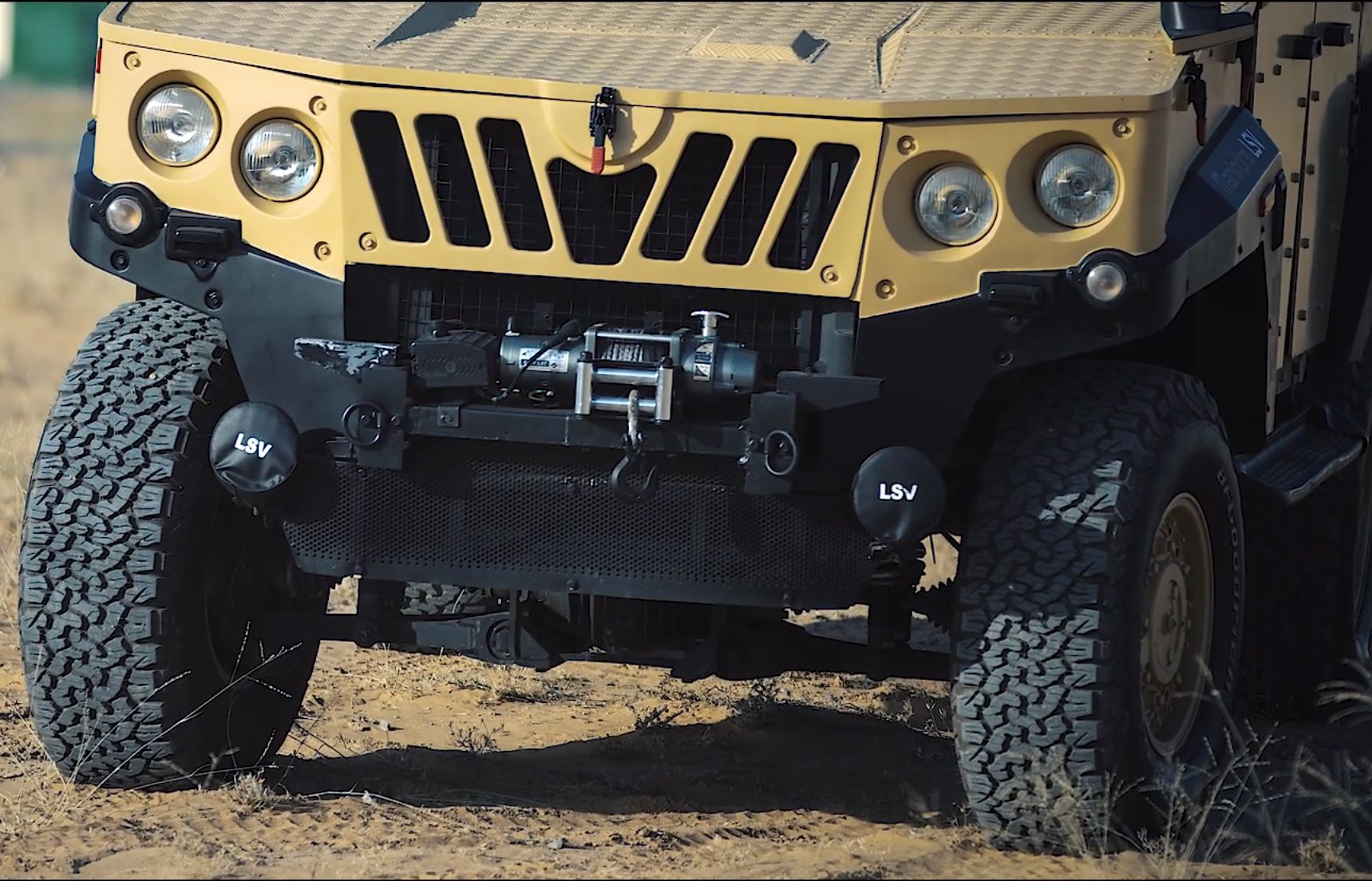 In what role?
Top

LAmV. Light Armoured vehicle. Many competing designs floating around. Tata, Mahindra and Kalyani prototypes have been spotted on the roads in recent years.
Top 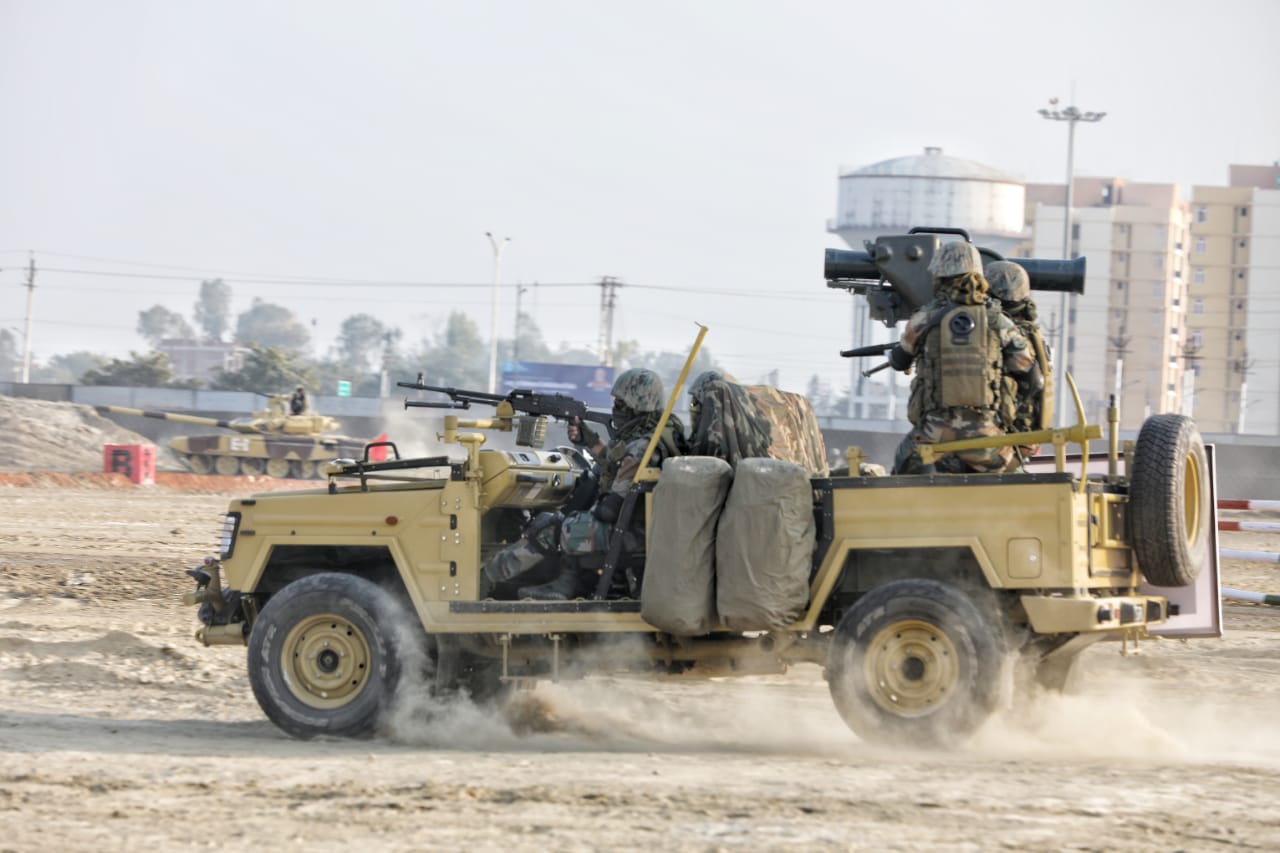 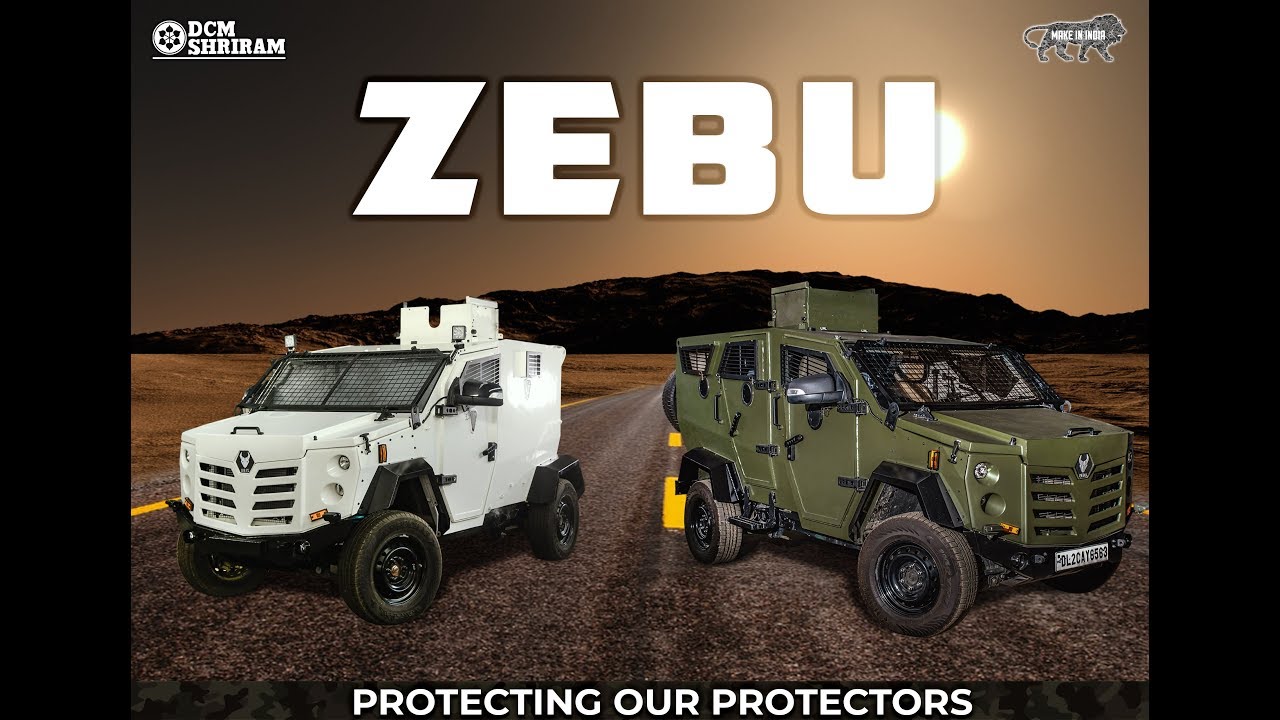 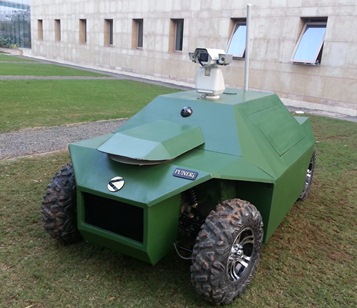 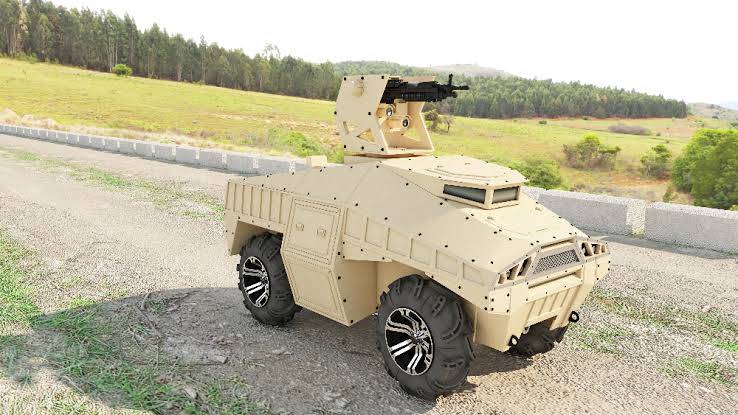 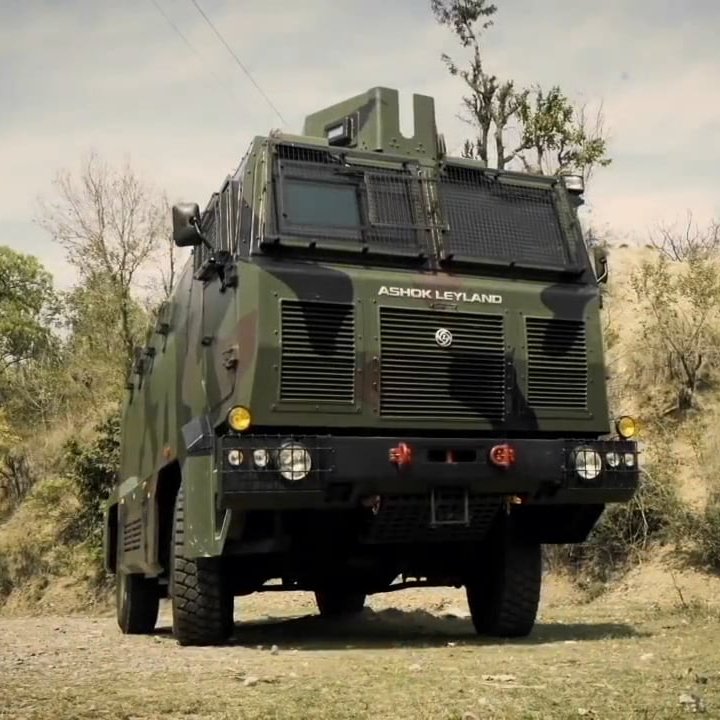 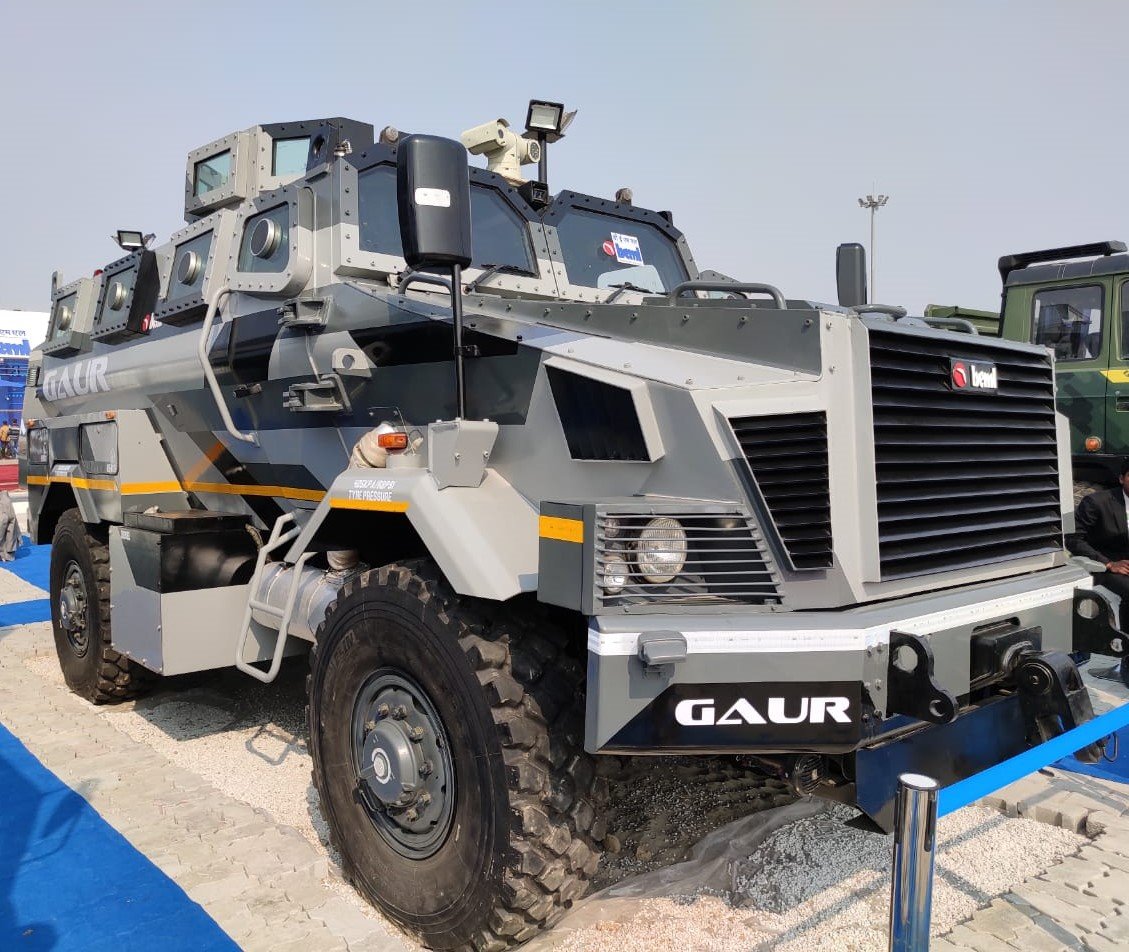 Users browsing this forum: A Sharma, Balaji, Rupesh and 44 guests