The Military Issues & History Forum is a venue to discuss issues relating to the military aspects of the Indian Armed Forces, whether the past, present or future. We request members to kindly stay within the mandate of this forum and keep their exchanges of views, on a civilised level, however vehemently any disagreement may be felt. All feedback regarding forum usage may be sent to the moderators using the Feedback Form or by clicking the Report Post Icon in any objectionable post for proper action. Please note that the views expressed by the Members and Moderators on these discussion boards are that of the individuals only and do not reflect the official policy or view of the Bharat-Rakshak.com Website. Copyright Violation is strictly prohibited and may result in revocation of your posting rights - please read the FAQ for full details. Users must also abide by the Forum Guidelines at all times.
Post Reply
1776 posts

^^^
What we don’t know is what the original quote included/excluded? And how the quote was brought down by excluding what inclusions?
Top

According to sources privy to the negotiations, HAL quoted Rs 450 crore per aircraft as the basic price. “MoD and IAF (customers) are firm that this price is not competitive and are negotiating for a price that is less than Rs 300 crore per aircraft. Negotiations are nearly complete and final price is likely to be in the range of Rs 250 crore and Rs 275 crore,” a source said.

Getting comic with all these totals being thrown around

I think the main reason is f16 cannot add nato planes into their threat library. So that means 50% of paf is deactivated without firing a shot. That is the main reason behind clamouring for western aircraft.
Top

Me thinks its not the IAF but import lobby is using its Media powers now the deal is going through. A final attempt
Top

Need to get IAF under control. Replace all MiG-27 and Jags with LCAs. IAF is paying $215 million per white elephant rafale. Need to stop complaining about LCa’s price.
Top

I think the main reason is f16 cannot add nato planes into their threat library. So that means 50% of paf is deactivated without firing a shot. That is the main reason behind clamouring for western aircraft.

I am not sure this is the case. The arms lobby in Massa has sold the same maal to opposing forces. Greece and Turkey both have F16 for example. I'd be surprised if this is the case. What if turkey gets into a pangaa with Massa - you think Massa cant fire at turkish F16s?
Top

I think IAF lusts after raffles and rightly so..
Top

Everyone lusts after the latest beauty, but can they have them?

IAF knows very well, it cannot afford too many Rafales. And the pilots know that they'll be better served in Tejas/MWF in the long term as compared to F-16s or Gripens.
Top

HAL ties up with Larsen & Toubro, others as Modi govt taps private talent for Tejas Mark 1A
https://theprint.in/defence/hal-ties-up ... 1a/288196/

HAL will now be more of a systems integrator, with private firms playing a major role in the manufacturing of fighter aircraft and helicopters.

This gives avg cost as 268Cr. but these 20 include 4 Trainers and Trainers likely cost more than the single seater versions.

Lets say, LCA MK1 in IOC config costs 250Cr. Now add cost of AESA and SPJ to it for cost of MK1A. Subtract some for reduction due to scale.
Top

There was news sometime back that certain south Asian countries are interested in Tejas; so does this prices becomes base price for them for any negotiation +- packages / feature they need / dont need ?
Top

nits wrote:There was news sometime back that certain south Asian countries are interested in Tejas; so does this prices becomes base price for them for any negotiation +- packages / feature they need / dont need ?

will remain in the same ball park, for bare jet.
Top

An article from 2017, but relevant due to the dwindling numbers.

The LCA program has brought enormous benefits for India since its inception. Design and development of a front line fighter aircraft from scratch is no easy feat. Derelict infrastructure, nascent technology and manufacturing ecosystem, testing and certifying mechanisms and facilities have all been upgraded and created to such an extent that India can now realistically attempt making a next generation fighter aircraft in the AMCA. Major subsystems of the LCA are now produced by private firms with HAL acting as lead integrator.

With firm commitment for greater orders and higher production rates as suggested above, more firms will come forward to take part in the production of this aircraft. Financial viability is the chief concern for MSME units. Such units can be brought into the program if orders are assured for long durations in numbers that make financial sense. The MSME sector contributes to the bulk of job creation in India and boosting them will truly enable the Make-in-India program. ISRO and DRDO both have handheld firms through such processes and created a wide ecosystem over the years. It only behooves the powers-that-be to continue and expand this process to create a strong India.

News coming in that Def Min @rajnathsingh is all set to fly on a #Tejas on Thursday (Sept 19). He is on his first official visit to Bangalore after taking over as RM.

I am waiting for Modi to take a joyride in LCA. He should be seen throwing his full political weight behind LCA.
Top

I think NaMO is not doing it intentionally...he also wants to build a world class MIC aeroeco system for india and that would require firangs to come and build here..that can only be done by keeping them invested here...if they know there goose is cooked why would they invest in india?
Top

PM might not be able to fly the LCA, as there is a GOI rule about VVIPs not being able to fly on single engined aircraft / helos
Top

Is the the Home Minister not a VVIP?
Top

Not as high as the PM.
Top

Some new pictures from assembly line. 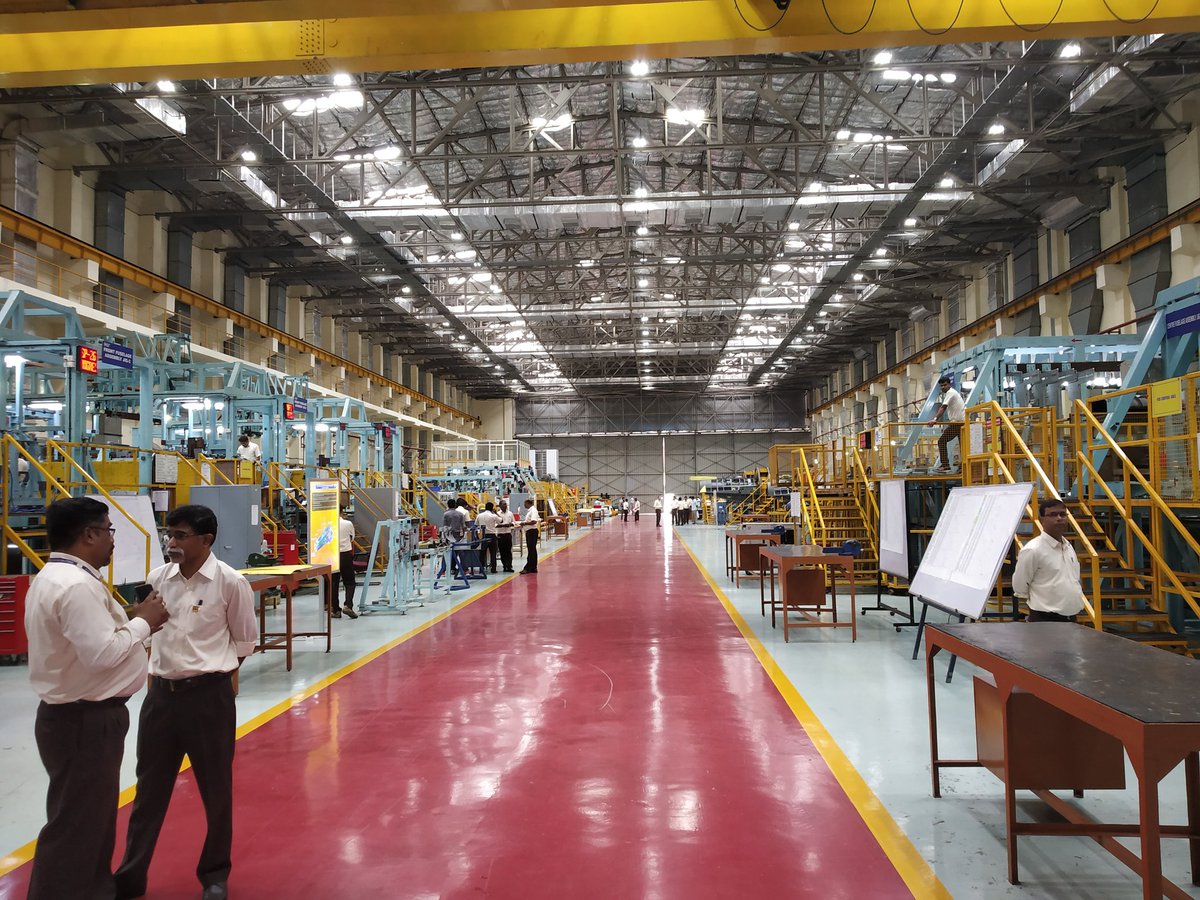 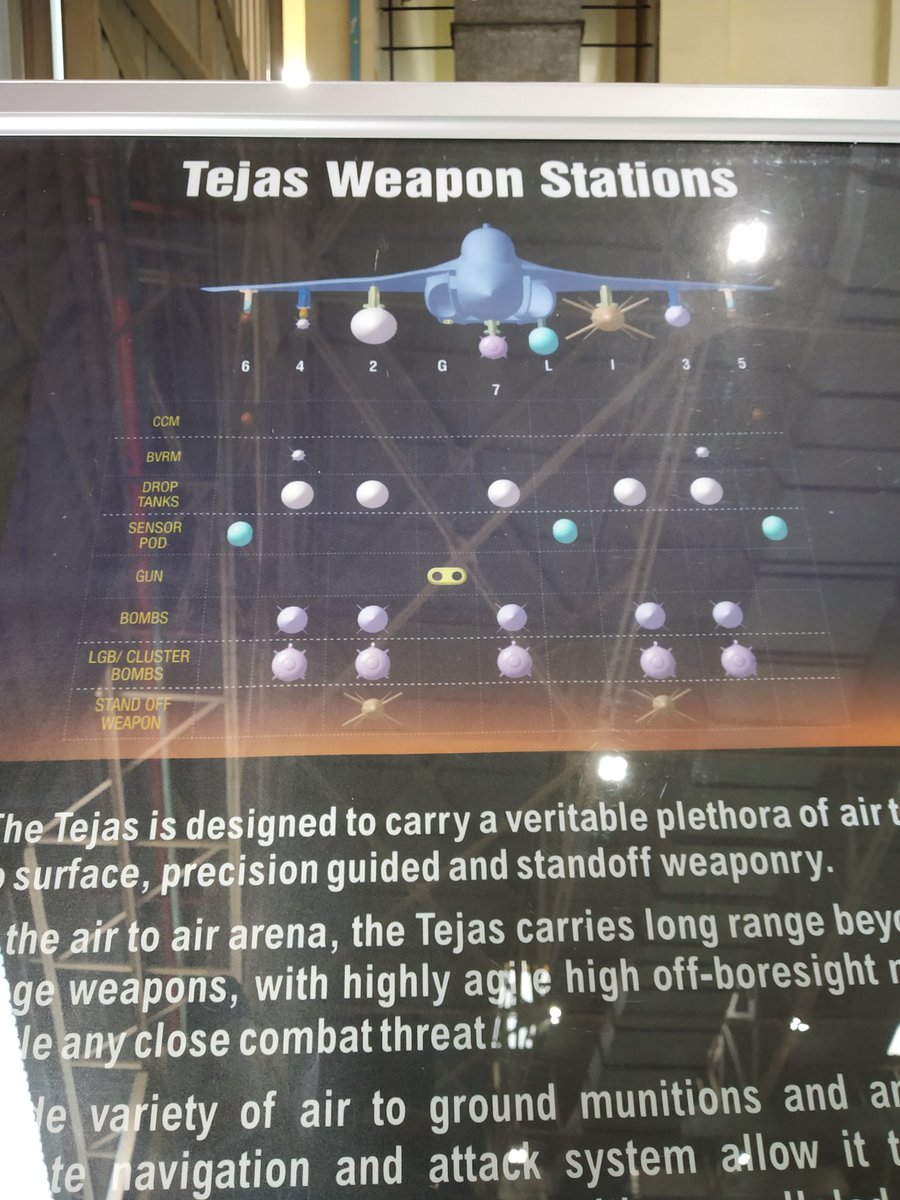 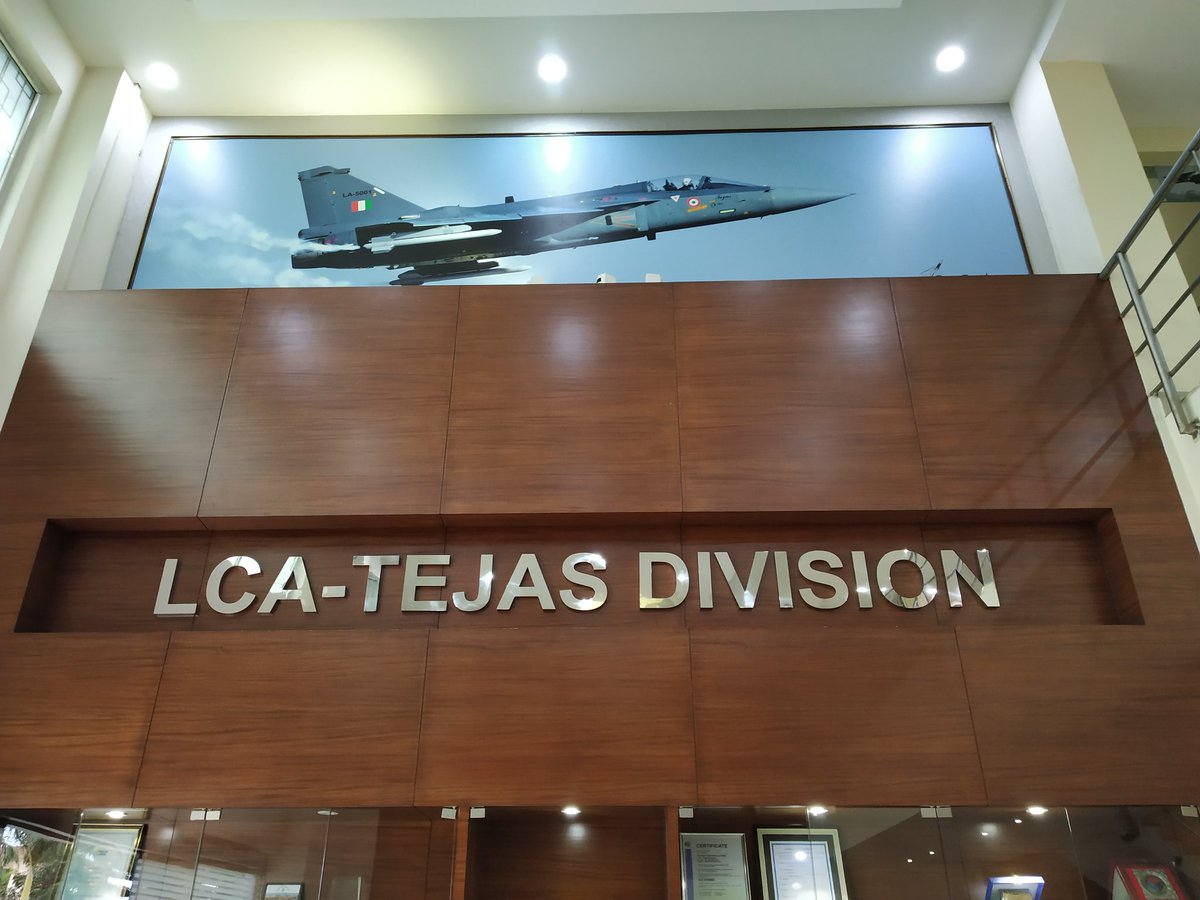 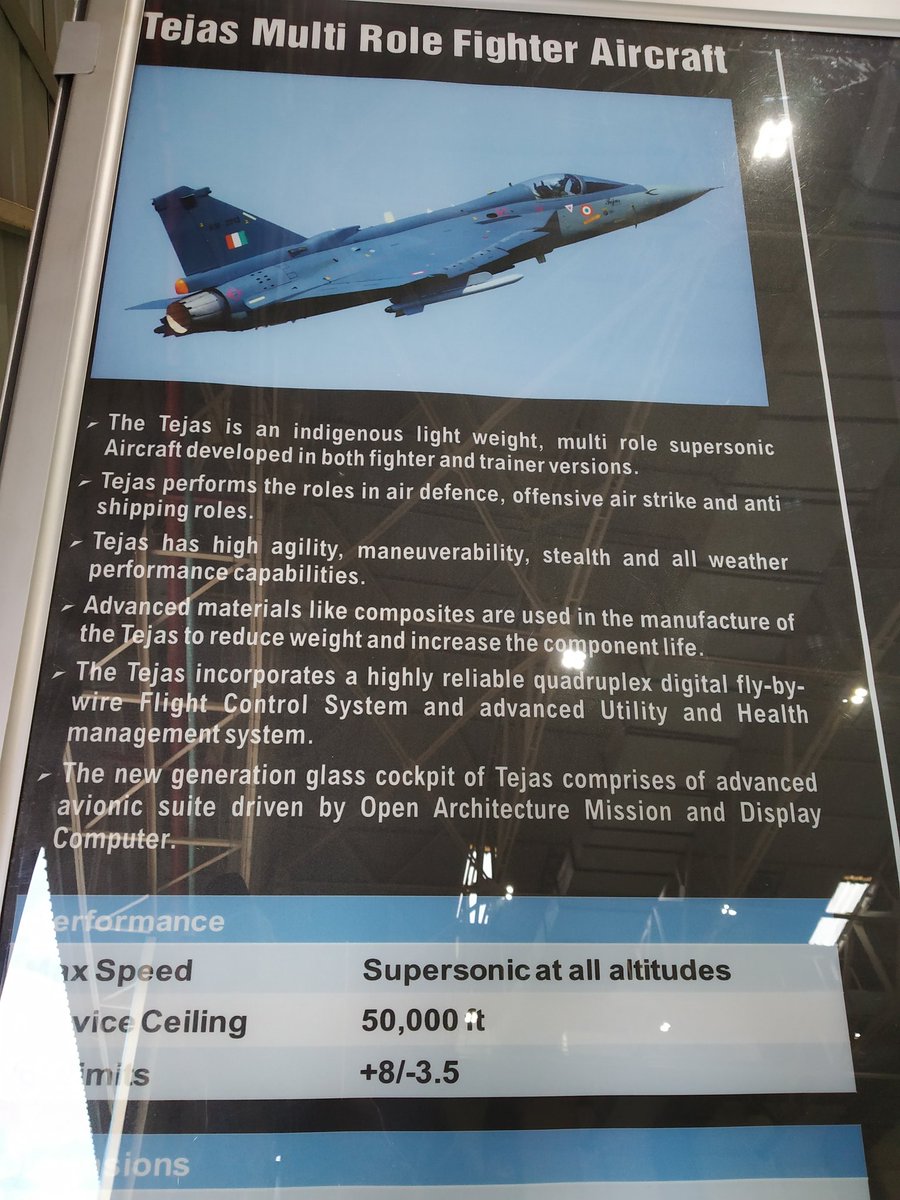 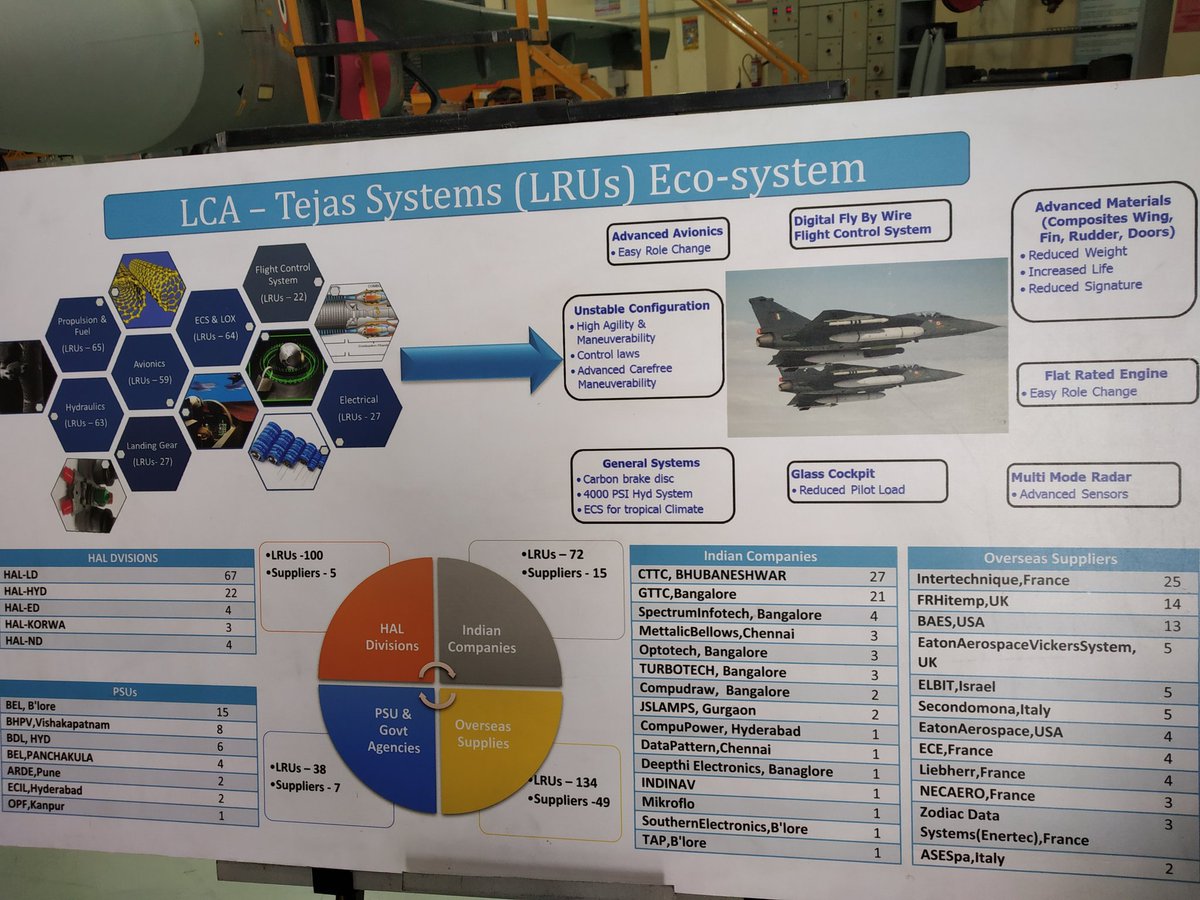 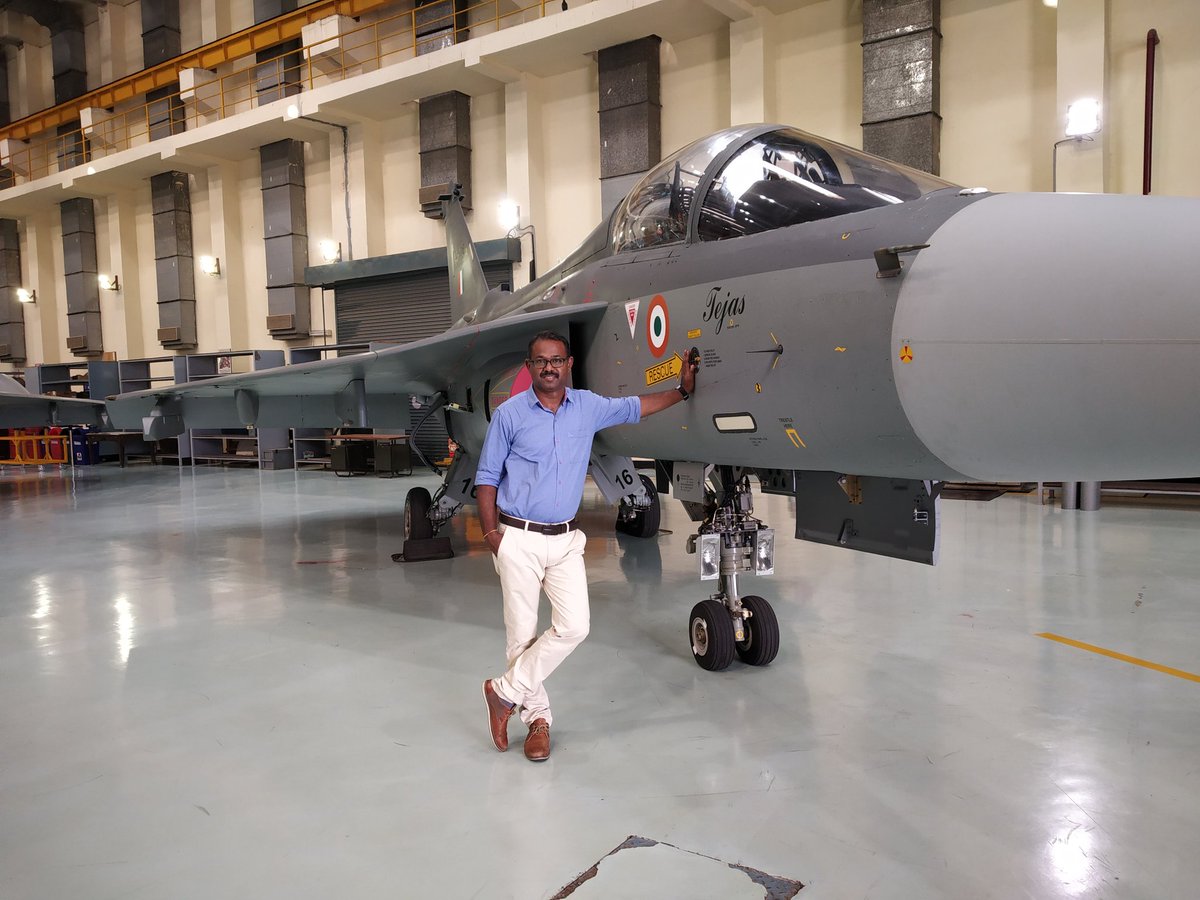 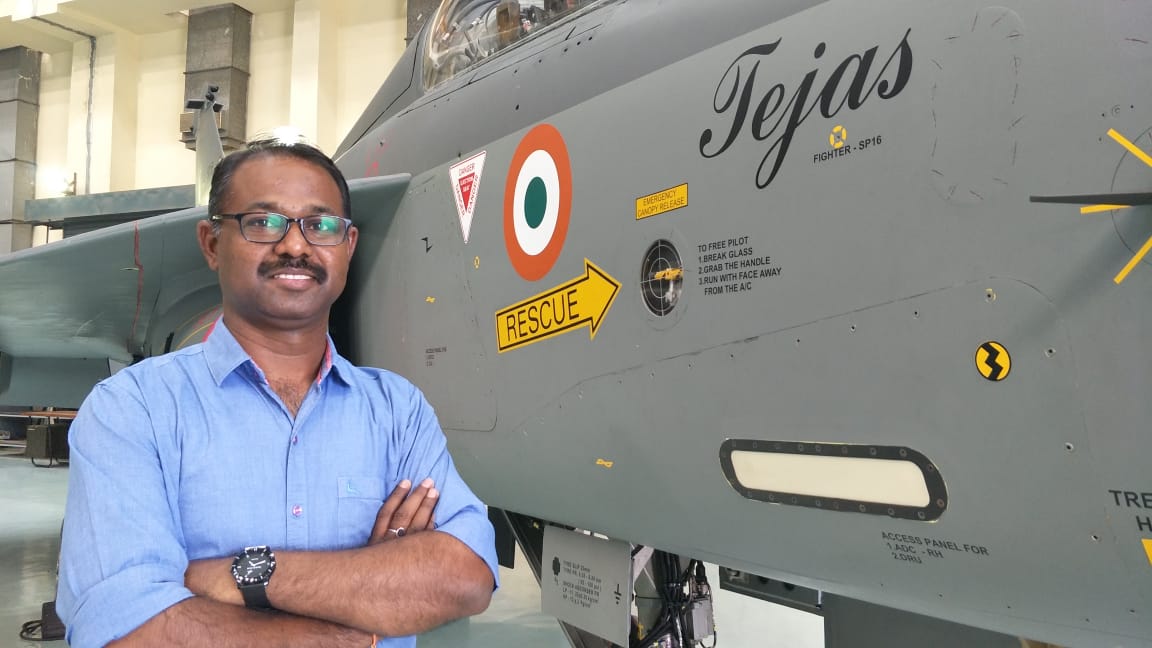 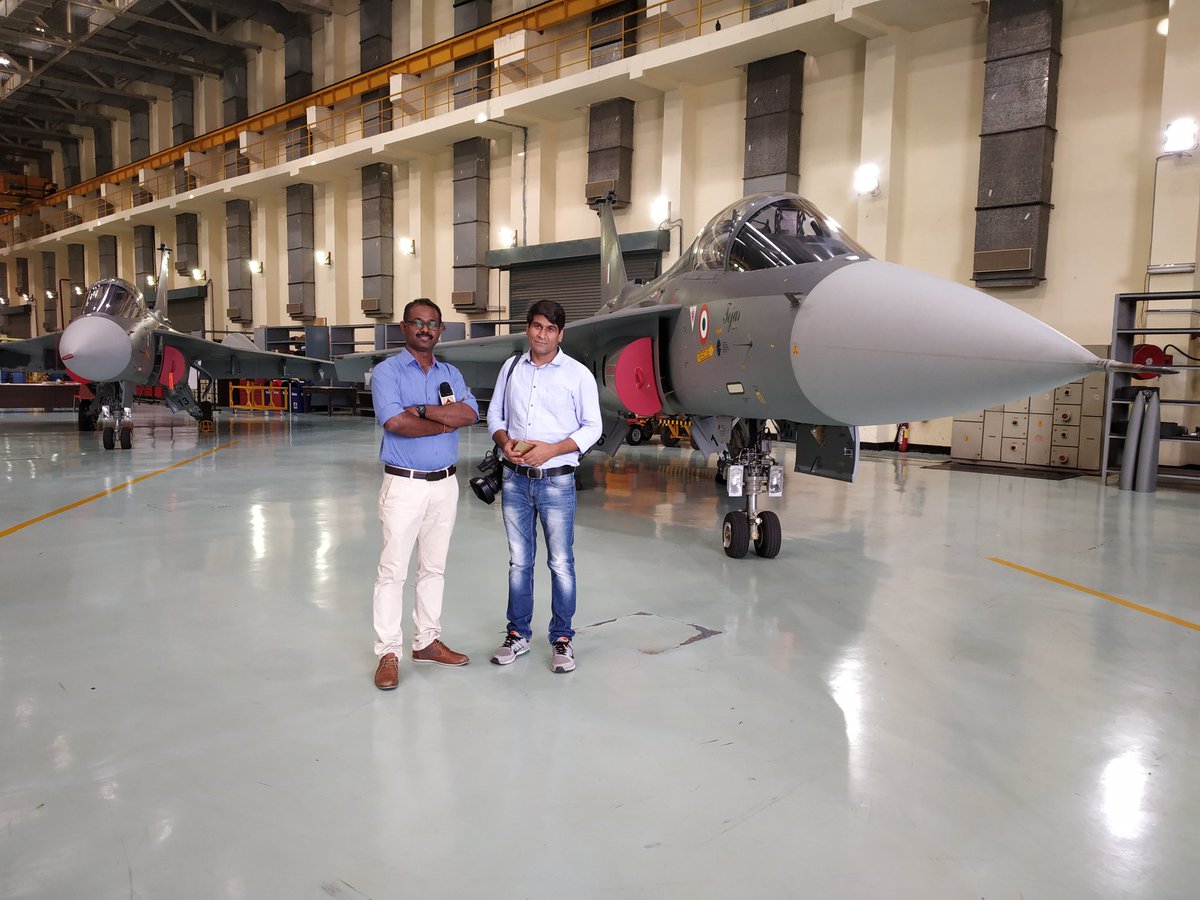 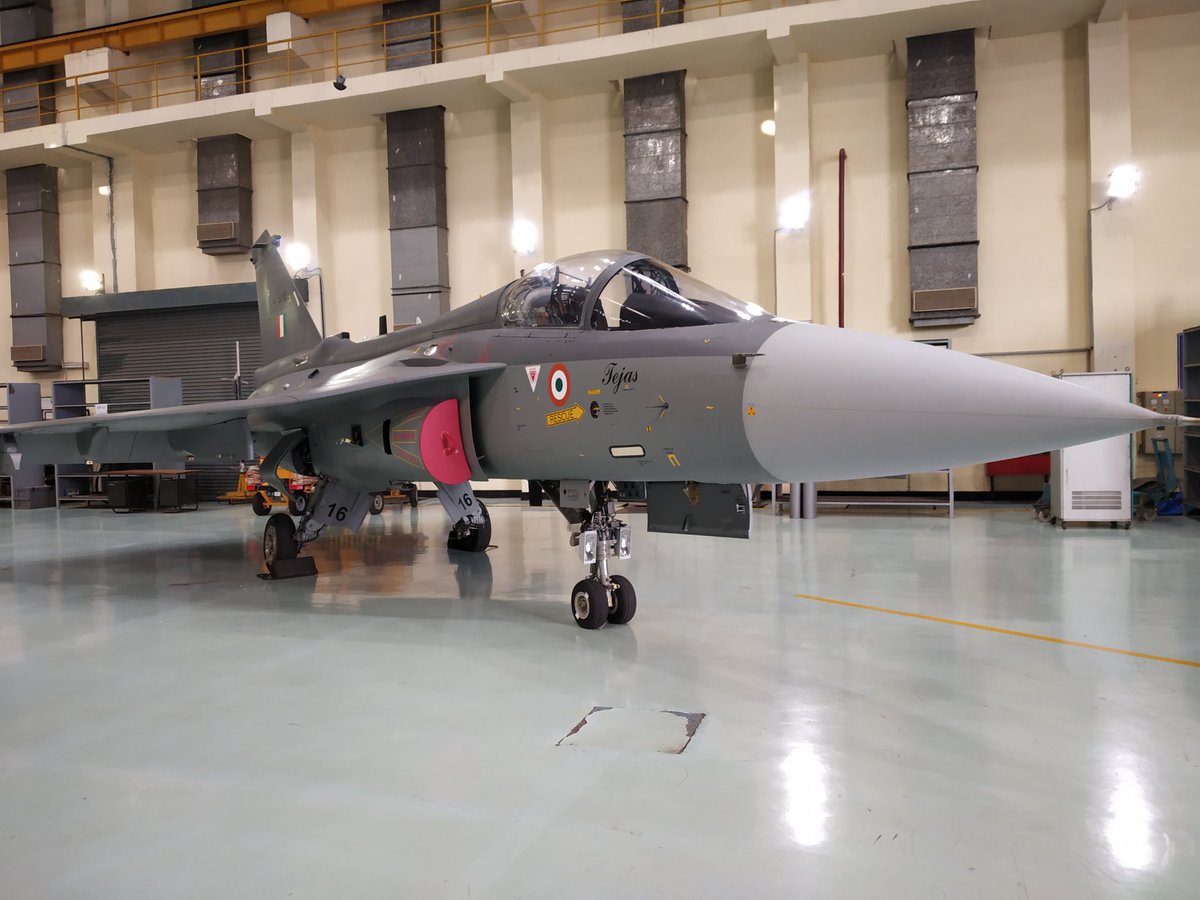 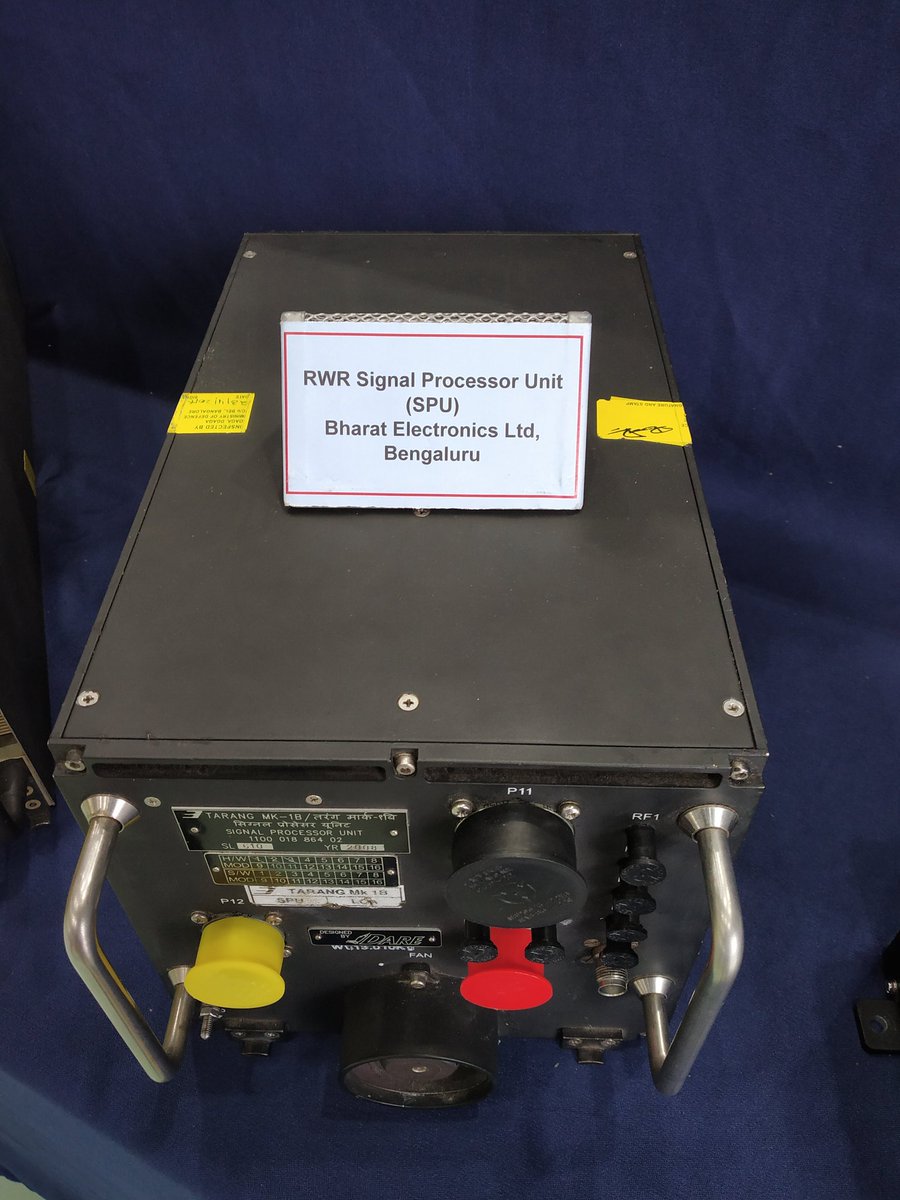 How can I buy that model? 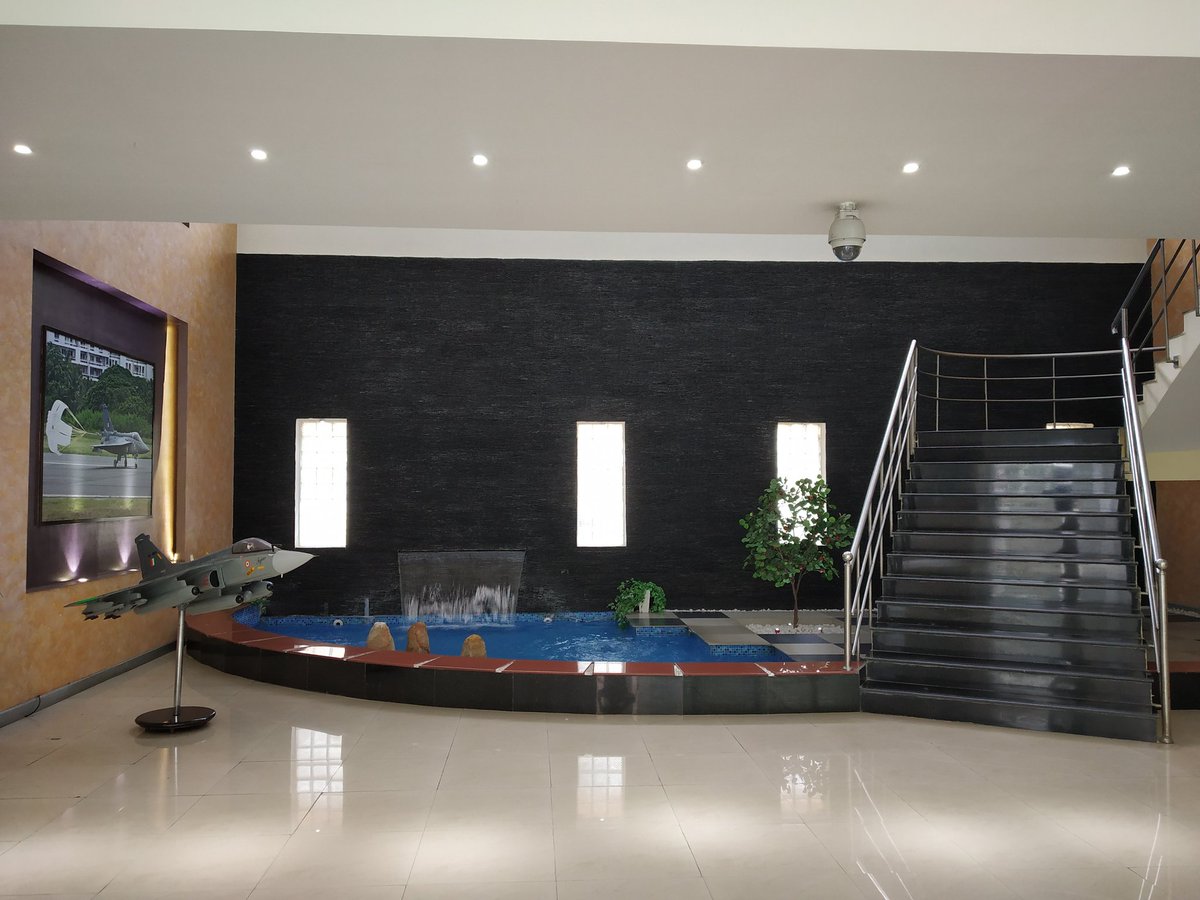 That sheet metal work looks top notch. Certainly much better than the Su-30MKI or MiG-29. Very comparable to Rafale, Eurofighter or F-18.
Top

Gagan wrote:PM might not be able to fly the LCA, as there is a GOI rule about VVIPs not being able to fly on single engined aircraft / helos

Previously PM would deliver speech from Red Fort from within a bullet proof enclosure.

Its a symbolic gesture. Even 10min flight with just TO, cruise, Landing is sufficient. Last time I suggested ACM should take a ride in LCA as confidence gesture, same kind of protocols were thrown around here on BRF. ACM Raha did take a ride later. And ACM Dhanoa has done multiple solo flights in MiG21. Likewise for flypast on Republic day.
Top

In the weapons station map, there is last row of Standoff weapon. Which one we are talking about? Pic looks like that of SPICE. Woukd it include Brahmos NG too?
Top

According to reports from AI19 Brahmos people told that NG can be carried by Tejas and I think it will be integrated after testing on Su-30MKI. So safely we can say it will be available for Tejas after a decade minimum
Top

I am disappoint. Where are the standard Mk1 flowerpots?
Top

^^^
Wait till the RM joyride

My mind played tricks and read the post as some pictures from the new assembly line.
Top

Kadi ninda has turned to prasansha. its great to see support for Tejas!! 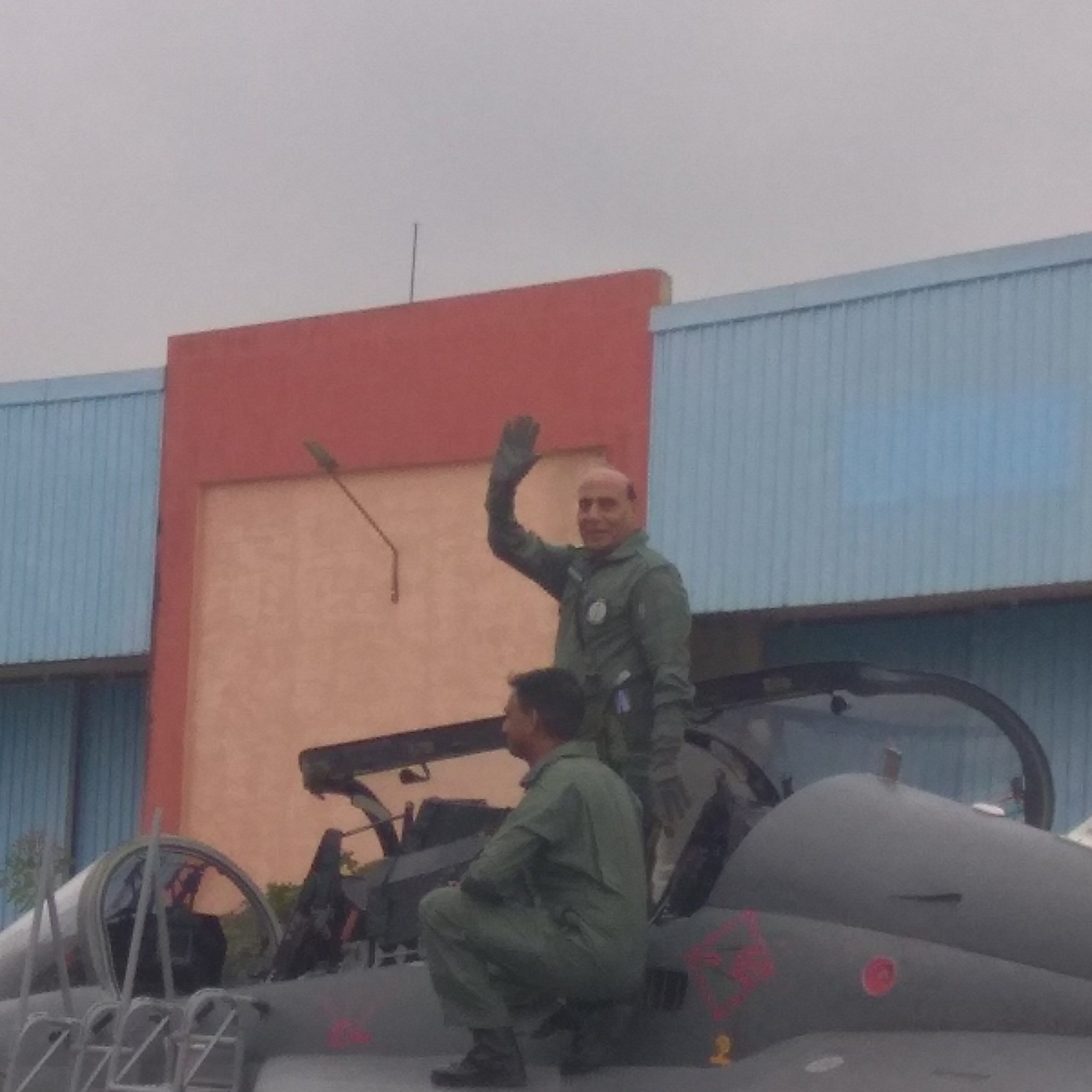 
He became the first-ever Defence Minister to fly in the fighter jet. Singh was accompanied by Air Vice Marshal N Tiwari.


The Defence Minister who donned a white helmet waved to onlookers after he took his seat in the back in the twin- seater version of the aircraft before it took off.


Ahead of the flight today, Singh tweeted two pictures of him dressed in a green flight suit. "All Set For The Day!" he posted.The Tejas is an Indian single-engine, delta wing, multirole light fighter designed by the Aeronautical Development Agency (ADA) and Hindustan Aeronautics Limited (HAL) for the Indian Air Force and Indian Navy.


It came from the Light Combat Aircraft (LCA) programme, which began in the 1980s to replace India's ageing MiG-21 fighters. In 2003, the LCA was officially named "Tejas". -- ANI
Top