Don't be shooting the first messenger only. times Now is very bold, look at Bihar 28 seats....wow.

IndraD wrote:Team of 150 stone pelters stationed across each channel, any one giving less than 200 seats to AAP will face the stone, @AShutosh

Once stones are pelted, they will also collect the stones and put it in their rightful place so that that the place is clean before they leave.

IndraD wrote:Live: Times Now exit poll predicts BJP to get 8 out of 14 seats in Assam

if that happens I promise to run 55min 10k coming sunday in tcs10k, that too shirtless and wearing my loincloth only. it would mean BJP has destroyed and absorbed the AGP votes, pushed back the INC heavily because for sure the Bodo and Mussalman parties would have their share of the rest 6.

AoA & may the force be with you. In this heat pls consider a japi and gamosa in addition to the loincloth.
Top

Looks like BJP did well in Uttarkhand and Himachal Pradesh 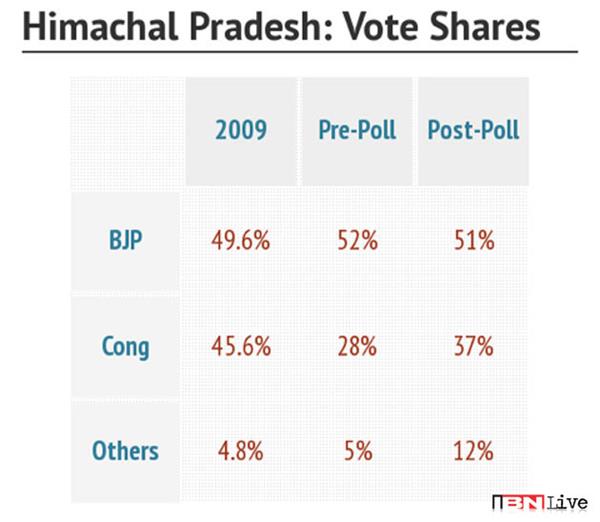 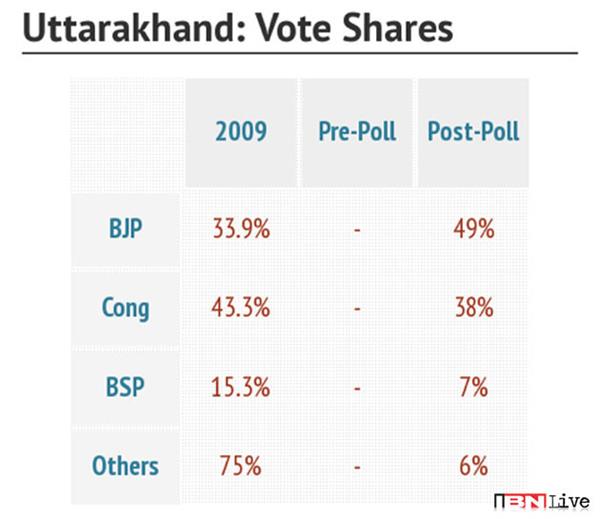 If these exit polls are true, then no one can deny Tsunamo.
Top

With this kind of margin they should sweep UK and HP.
Top

I bet Congis started working on EVM magic right about now.....looking at the numbers, congis are looking at the lowest seats ever.
Top

Truly expected more than this but wipeout of congress is blessing enough if this happens. Won't have to look at that idiot Gogoi's smug smirk and gold tooth anymore. Forget Sonia, he will be hauled over the coals in Assam itself if he remains.
Top

does the exit poll figures so far include data from today's polls as well?
Top

There is a revolt in Times Now. Nobody believes these numbers.
Top

Dilbu, Your dereliction of duty, especially at such a crucial time, is unacceptable...
Thanks RamaY for stepping in.
Top

TimesNow exit polls by ORG-Marg looks like a total BullS**t. Numbers are way off in Bihar & Jarkhand.
Top 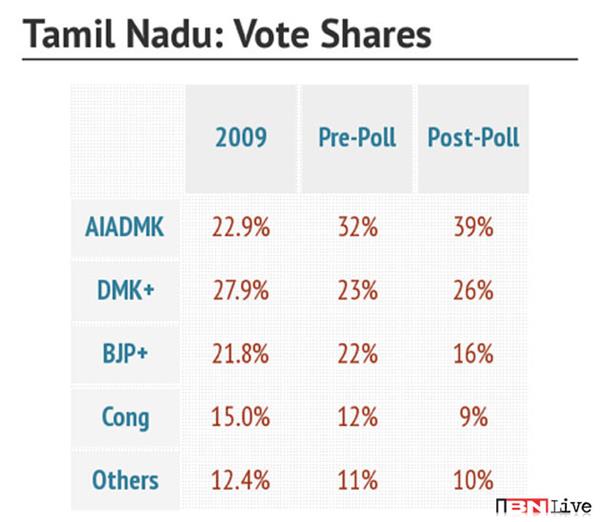 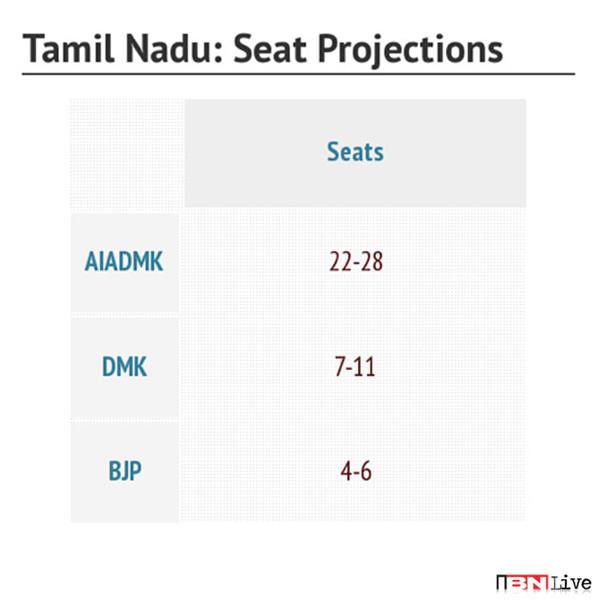 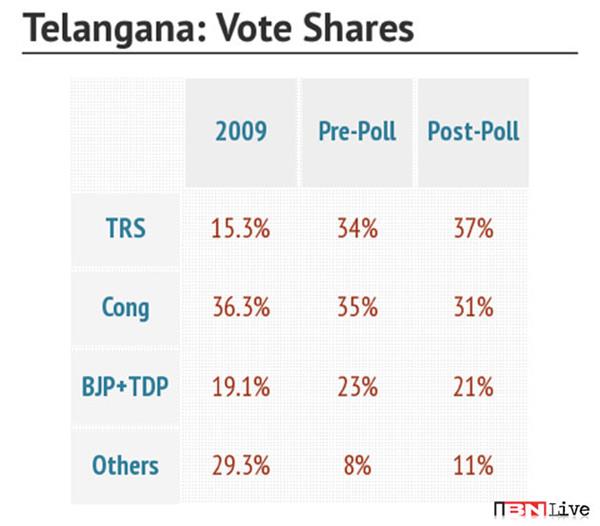 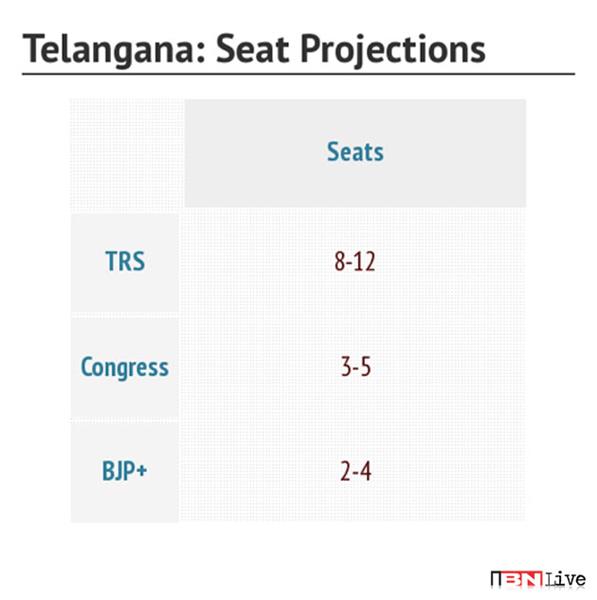 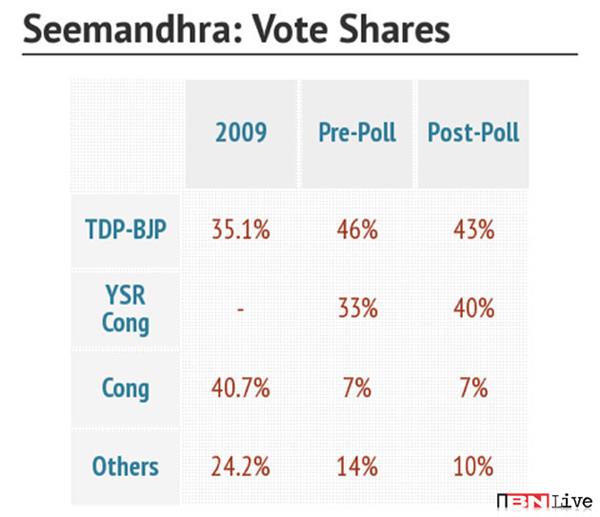 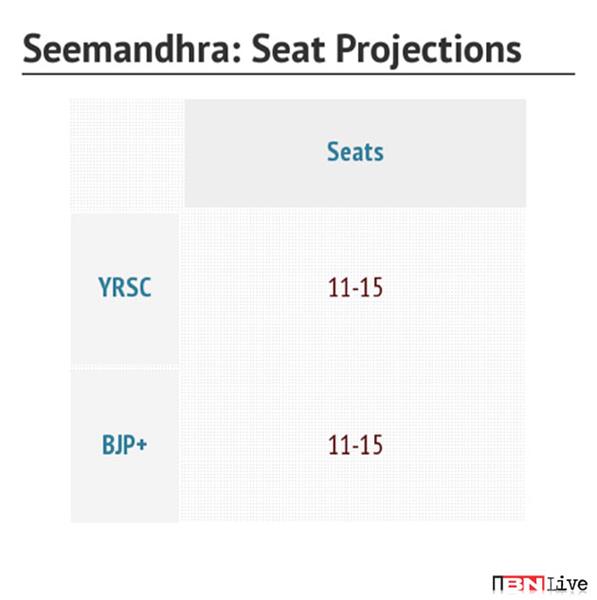 Exit polls are predicting the end of the Congress-led UPA’s 10-year rule in India and return of the BJP-led NDA, attesting that its prime ministerial nominee Narendra Modi’s game plan focusing the polls on himself has paid off.

NewsX has projected a national scenario which sees the National Democratic Alliance (NDA) winning 289 Lok Sabha seats, comfortably past the mark of 272 required for a majority. The NDA had managed 159 seats in 2009.

On its own, the NewsX-CVoter survey sees the BJP getting as many as 251 seats. This would be the saffron party’s best ever showing in the Lok Sabha polls. The party had won 182 seats in 1998 and 1999.

The survey sees the United Progressive Alliance (UPA) getting a drubbing, managing just 101 seats, down from the 262 it had achieved five years ago.

Most channels quickly went on to a micro picture. The CNN-IBN gave the BJP 5-7 seats in Delhi, while the AAP was predicted to win 0-2 seats.

The Congress, which won all seven Delhi seats in the 2009 Lok Sabha elections, was headed for a wipeout, the CNN-IBN-CSDS survey showed.
"Delhi could swing totally in favour of the BJP, projected to get 5-7 seats," CNN-IBN tweeted.

Opinion polls had earlier showed the BJP and its allies taking the largest share of seats in the election staggered over five weeks. The Congress, in power for the past decade, faces its worst defeat as it battles the anger of the public over a string of scams and a slow economy.

The BJP has insisted a strong '(Narendra) Modi wave' will sweep the nation. The BJP's prime ministerial nominee travelled over 300,000 km and held 5,827 public meetings, mixing traditional methods of holding rallies with innovative use of technology, the party claimed.

The exit poll results of the 15th Lok Sabha in 2009 were close to the projection lines. However, predictions of the 2004 general elections were off with the exit-poll favourite NDA securing only 187 seats against the estimates of over 240 to 250 seats. The Congress and its pre-poll allies got 216 seats against projection ranging from 170 to 205 s

Bogus. We just had Municipal results where, in real life, TDP did well than in the Media Jokers/Fakers' world.
Top

^^ IBNlive exit poll for Tamil Nadu, giving 4-6 to BJP is optimistic, but within reasonable limits, IMHO. I would be more confident with a 3-5 prediction.
Top

Does anyone know where CSDS Exit Poll is being telecast, if at all it is? Is it on CNN-IBN?
Top

guys, please provide the links to your news snippets and graphics.
Top

This is just trash, Congress is leading in Telangana municipal Polls, TRS even lost in some places where it was supposed to be super strong.
Top

Any update from 5forty3 ?
Top

Rahul M wrote:guys, please provide the links to your news snippets and graphics.