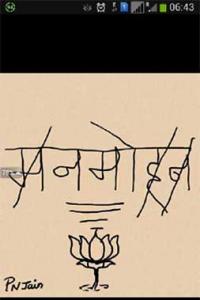 Ok now to start being greedy. Do we have enough numbers to pass any jingoist law that Modi & Team can pass?
Top

VikasRaina wrote:Ah! IT Honcho and INC's fav. and the one who was para dropped into South Blr, the one who wanted reservation in Private institutions too lost to poor Ananth Kumar by whopping 229020 votes.

In Kommunal Karanataka, Not a single 'Sickular' candidate could win elections...

I'm proud to say I was part of that Kommunal act.

I had maintained from beginning Sanjeev Balyan's (Muzaffarnagar) will be one of the glorious most victories in UP. Margin above 4 lakh

Today is the day India became truly independent. Time has come for India to realize her true potential.

So who are the top 3 winners in terms of margins in these elections. I see Gen Sahab and Modi have retched up numbers beyond stratosphere

Bacchan will be smiling jumping the ship early on from Bollywood

RKumar wrote:Longtime congress supporters hashing out what went wrong.... reason is behind and in front of them but can't see it 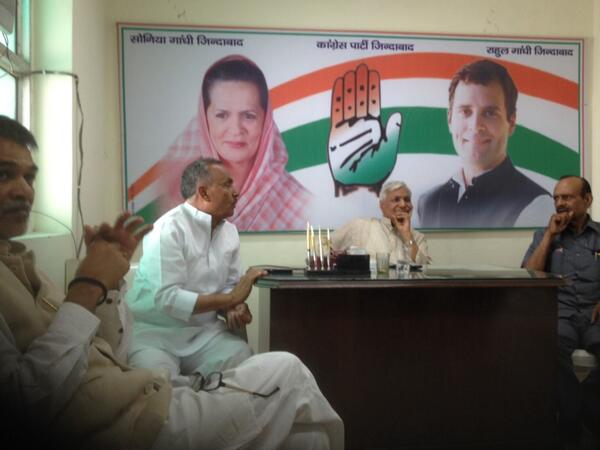 It is the mind. I think a case of fraud can be filed against all the fake Chandulal Sahus. Let us see if any of them blurt out Ajit Jogi's name as being the main conspirator.
Top

Confirmed earlier by Hindu and now ..

This will tell you what I have always been saying here for years.. RSS is Marathas 2.0..

I am glad that they ahve finally breached the Oudh and Bihar.. I will not consider this as "liberation" until BJP wins two consequtive terms in the states that will be present in Ganga valley.. But this is nevertheless an important breakthrough..

@Singha ji please to study the Maratha expansion when you write the prequel to your story..

these two maps will give you clarity..
Top

williams wrote:Ok now to start being greedy. Do we have enough numbers to pass any jingoist law that Modi & Team can pass?

Well we can pass any jingoistic law if BJP wants to. With CBI/IB/RAW/Delhi Police etc at their disposal, wayward MPs can easily be brought in line.
Top

And they said, Narendra Modi is a regional politician and has no Pan Indian presence. Not since IG's days, Any leader has established his leadership across each and every corner of India.
IG had the twin crutches of Daddy's name and Congress Party to support while NaMo build this universe right from
creating his own dust. Kudos to the real Narsimha from Gujarat.

Atri
+108
Singha please post your Narasimha avtar picture at least 3 more times, and the lines you had along with it.
I was shivering when I saw that pic with those lines, and it was posted when BJP had the huge lead for the 1st time about 8 hours ago
Top

#JyotiradityaScindia wins by 120792 votes from Guna.

There was so much traffic from NRIs to watch our live show today morning that our servers crashed twice. We are celebrating that crash!!!

This elections also shows the power of Hindu vote consolidation. The majority cannot be taken for granted anymore.
Top

I believe his first visit will be to Japan. We want next generation of Indians to learn from tenacity of Japanese, smartness of khans and cleverness of Israelites. Only then we will be true super power.
Top

Both Surjit Bhalla & Ramchandra Guha says that Gandhi dynasty has outlived their role in Indian politics.

Atri wrote:I am glad that they ahve finally breached the Oudh and Bihar.. I will not consider this as "liberation" until BJP wins two consequtive terms in the states that will be present in Ganga valley.. But this is nevertheless an important breakthrough..

Atri ji, UP/Bihar have been breached before also as far as General Elections are concerned. The problem is that when it comes to assembly elections, you need strong local leadership. It is here that BJP suffers. Although Bihar is better than UP in this regard.

In general elections it was Namo wave that carried the day for BJP in UP/Bihar. In assembly elections situation will be different.

However one thing is clear. Today's voters no longer have the same electorsl loyalty inertia that earlier voters used to have. Generation after generation voting for Congress parasites just because their fathers and forefathers used to do. Results in UP, Bihar, Maharashtra and even West Bengal have shown that voters are now much more open minded. Add to this the hindu consolidation that is taking place. A capable leader can easily exploit such enviroment. It is upto BJP and RSS to identify such leaders(Though I suspect that here also Namo will take lead) .
Top

ShankarCag wrote:I think a case of fraud can be filed against all the fake Chandulal Sahus. Let us see if any of them blurt out Ajit Jogi's name as being the main conspirator.

Raja Ram wrote:Back in 2009, I went and saw a desolate BJP office in Chennai and enrolled as a member. Today I have not bothered to go there, I am sure there will be a lot of people there. In the intervening years my little experiments in joining political discourse actively has just been that....experiments. Today, I believe is historic in many ways. Will share thoughts later on the same. I am happy that nationalist forces have redeemed Bharat for all of us.

May God continue to grant Shri Modi that discerning wisdom and may his supporters be filled with a sense of duty rather euphoria. Mother India needs this spirit of Stithapragnya and karma yoga to manifest in its leaders so that she can take her rightful place in the World.

In my own constituency, of South Chennai, BJP has not made it. But I do have the satisfaction of voting for the right party if not the winning party.

also to others- i have done a few of them.
Top