The Strategic Issues & International Relations Forum is a venue to discuss issues pertaining to India's security environment, her strategic outlook on global affairs and as well as the effect of international relations in the Indian Subcontinent. We request members to kindly stay within the mandate of this forum and keep their exchanges of views, on a civilised level, however vehemently any disagreement may be felt. All feedback regarding forum usage may be sent to the moderators using the Feedback Form or by clicking the Report Post Icon in any objectionable post for proper action. Please note that the views expressed by the Members and Moderators on these discussion boards are that of the individuals only and do not reflect the official policy or view of the Bharat-Rakshak.com Website. Copyright Violation is strictly prohibited and may result in revocation of your posting rights - please read the FAQ for full details. Users must also abide by the Forum Guidelines at all times.
Locked
2905 posts

Imran being taken on guided tour of kartarpur and the way he asks questions it is obvious he is just a spectator and has no idea what is going on where. All works is being guided from elsewhere. From 20:00 onwards the Indian delegation of Sidhu, Captain & Sunny Deol join him.

CM of pakjab is like MMS, rarely heard, quiet as a church mouse. Only twice squeaked something throughout the 29 mins.

Brig Ijaz Shah is seen slyly evesdropping on conversation between Imran and Captain where nothing much goes on except Imran rambling on about some imaginary corridor to central asia and so on.
Last edited by habal on 11 Nov 2019 07:28, edited 1 time in total.
Top

can you translate for us south indians?
Top

Firdaus ashiq awan, the only lady in the bus is seen engaging Sunny Deol in casual conversation and also seen is the bald headed wearing blackrim spectacles Aneel Musarrat, Imran's friend from England who is friends with many bollywood stars.
Top

Why is thread still around even after reaching its 72?

Please Sirji,
It has been Dimran Khan Niazi.
Gautam

Why not 'PM Mr Dimran Khan Niazi, the nephew of Lt Gen Niazi, the butcher of Bangladesh'?
Top

Does this mean that after embracing shahadat this sutra will get 73 houris instead?
Re: Why not 'PM Mr Dimran Khan Niazi, the nephew of Lt Gen Niazi, the butcher of Bangladesh'?
Like the old days when an ordinary man was made a badshah for a day, ruling all of Baghdad, Dimran Khan Niazi was made a PM for a year. That year is almost ended.
Gautam
Top

#KartarpurIsKashmirSellOff History repeating it self 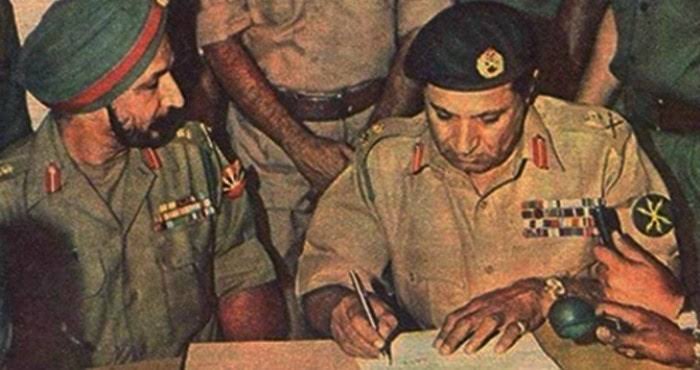 After all the Ho-halla of Kartarpur, D'Imran Niazi will go back to standing in Sun on Jumma day ?
Hai Kashmir, Hai Hai Kashmir.

PS: What is Sidhu playing for ?
What brownie points is accumulating by acting like a serf of Bakis ?
Is there something that we are missing ?
Top

Vikas wrote:APS: What is Sidhu playing for ?
What brownie points is accumulating by acting like a serf of Bakis ?
Is there something that we are missing ?

Sidhu probably feels that by bigging up Dimmy, he can get under the skin of Modi and thus, "get back" at him for "past slights".

I am surprised though, that Sidhu has not targeted Akali Dal over this.
Top

Vikas wrote:APS: What is Sidhu playing for ?
What brownie points is accumulating by acting like a serf of Bakis ?
Is there something that we are missing ?

Sidhu probably feels that by bigging up Dimmy, he can get under the skin of Modi and thus, "get back" at him for "past slights".

I am surprised though, that Sidhu has not targeted Akali Dal over this.

He is hoping to become CM of Punjab one day by trying to take credit for the Kartarpur corridor. People aren't gullible idiots though, at least not to the level that he thinks they are.
Top

According to sources, consultations are being held regarding the future of the protest. They will discuss what extent to act on the plan-B for the protest which includes blocking major highways and shutter down strikes.

In light of the Rehbar Committee's decisions, an important decision is expected from the meeting, the sources added.

2. Agreement equivalent to PM's resignation will be acceptable, says Maulana

JUI-F chief Maulana Fazlur Rehman has said that while his party will not settle on anything less than Prime Minister Imran Khan's resignation, an "equivalent" agreement can be considered, The News reported. He did not elaborate on what he meant, however.

While speaking on Geo News' programme jirga, Rehman rubbished the impression that he was looking for a face-saving exit, insisting that it was the government that needs to maintain dignity. He claimed that the JUI-F-led 'Azadi March' and the subsequent sit-in has rid the people of government's fear.

This was the card Aatish Taseer had, and home ministry cancelled – TNN

NEW DELHI: The ministry of home affairs has stripped writer and journalist Aatish Taseer of his Overseas Citizen of India (OCI) card, which he was issued in 2016. A controversy has broken out over this as Taseer had been critical of this government in a Time magazine article, where he called PM Narendra Modi ‘Divider-inChief’.

TOI takes a look at who is eligible for an OCI card.

The Person of Indian Origin (PIO) card was introduced in 2005 to make it easier for overseas Indians to come to India. On January 9, 2015, the PIO card scheme was withdrawn and merged with the Overseas Citizen of India (OCI) card scheme.

Paki at work - What has love got to do with Nikkah

A former Indian citizen, who changed her name, religion and nationality to marry a Pakistani man 19 years ago, is facing an ‘identity crisis’ after facing issues in renewing her national identity card. Sharjah-based Kajal Rasheed Khan applied to renew her national identity card for overseas Pakistanis (Nicop) more than three months ago on July 31, according to Gulf News.
She is still waiting for her new card as authorities in Pakistan say that her documents are now “being verified”.
Normally, it takes only seven to 10 days to get the card renewed.
“I have been exchanging emails with NADRA [National Database and Registration Authority] for the last three months and have already providing them all the ‘extra’ documents they asked me to submit, but there has been no progress,” Kajal’s husband Mohammad Rasheed Khan, a Pakistani, shared.
The last email which he got from the NADRA on November 4 reads: “ Dear complainant, your provided documents/information sent for further verification. You are requested to keep patient till clearance of your record. Your patience and cooperation will be highly appreciated in this regards. Thank you.”
Accounts frozen
But Rasheed is running out of patience because her wife’s bank accounts are now frozen in Karachi.
“My wife owns property in Karachi and she also gets rental income. Now she cannot withdraw money or operate her account because she does not have the new smart CNIC which is now mandatory requirement by the bank,” said Rasheed.
Kajal, whose existing CNIC is valid until 2023, had to apply for the new smart ID card to fulfil the legal requirement.
“I fail to understand why my wife’s application is on hold as it is just a renewal of the CNIC. She already holds valid Pakistani passport and Pakistani citizenship certificate,” said Rasheed.
She also has a letter issued from the Pakistan Consulate General in Dubai confirming that she had surrendered her Indian passport and was issued with a Pakistani passport in 2001.
Kajal is also a taxpayer in Pakistan and her name is registered with the Federal Bureau of Revenue (FBR). Her two children also have CNICs and passports.
Rasheed requested the authorities to help him solve this issue or he will have to appeal in the court. He said that he tried the helpline numbers provided and email addresses but in vain.

An architect by profession, 60-year-old Rasheed had come to the UAE from Karachi about 30 years ago in 1989 and opened a supermarket in Dubai.
He married Kalpana, a Hindu girl, in 1996 in Mumbai, who changed her name to Kajal and converted to Islam.
Rasheed has relatives in India as well. He has four wives including two each from India and Pakistan and 10 children. One of his Indian wives lives in India with two unmarried daughters. His first Pakistani wife has two sons and a daughter while the second Pakistani wife has two daughters and a son.
Top

around 12:00, there is a remark by brig Ijaz Shah, like
'look we changed the course of the ravi river to build kartarpur'
Imran responds, 'can't believe this is pakistan, we built all this in 9 months that too in pakistan', everything including a 1km bridge over river ravi.

around 13:00 Imran says 'have Indians deliberately adopted go slow policy on their side' ?
reply comes, no sir they started late.
Top

But I didn't come here to post that. Lesson to Pakjab Polis not to be in same van with Informants:

Police spokesfart Kaleem Qureshi says dead were two police officers, two intelligence officers and an informant.
He said they came under attack late Sunday while en route to raid a militant hideout in the Arbi Tabba area of Rajanpur district.
No one immediately claimed responsibility for the attack.
But the area borders southwestern Baluchistan province, which has been the scene of a low-level insurgency by Baluch Freedom Fighters.
{Pak Govt-sponsored} Islamist

terrorists also operate in the region.

@ 7:30 Imran asks why the fields are burnt, someone responds that it used to have rice. Imran replies so what, has the rice been lost in floods, firdous ashiq awan responds that it has been burnt like in punjab. Brig Ijaz Shah quips that the farmers burning paddy waste in Jalandhar was creating smog across border in Lahore.
Imran says something like Delhi has it very bad due to this.

at 20:00 sidhu tells imran that whatever your name is it has become greater hundredfold.

at 23:00 capt tells all this kartarpur once belonged to his ancestors Raja of patiala and Sardar Ranjeet Singh.

Why don't Pakistanis and people like Aatish, and idiots at Time magazine and Barka Dutt ask google chacha:

Why does OCI card need renewal? And after how many years? I thought it was "lifelong"?

You have to renew them after passport renewal. OCI is linked to the passport timeline.
Last edited by nam on 12 Nov 2019 00:49, edited 1 time in total.
Top

OCI does not need renewal. PIO (which is no longer relevant as it now convert-able to OCI) was valid for 15 years.
In old OCI/PIO (when AT got the card) rules were slightly different, and he may have been able to get it without disclosing his father's identity. Now the rules are pretty clear - NO if *ANY* of the parents/grand_parents/great-grand-parents had resided in Pak..)
Top

nam wrote:You have to renew them after passport renewal. OCI is linked to the passport timeline.

(If your original OCI was old and was issued when you were a minor - and there are few other cases then you have to "get" a newer/(replacement of old) OCI card which makes it easier to travel without carrying old passport. Same/similar rules applied to PIO etc.

In any case, if you just got a new OCI card (or converted the old OCI to newer one -which btw has no (or very small) fee .. it is for ever. (and it is *not* associated with US passport)... (More just see the GOI site).
( I am (and my whole family) OCI since early 2000's .. and I have travelled to India without *any* bother just with my Old OCI card and current US passport. This is after Modi era/new rules. Before that, I had to carry my old US passport which had OCI stamp, OCI card, and current US passport)
Top

No one wants the stain of pakistan on their record. Poor pakis just can't catch a break.
Top

Thread has reached 73 due to inadvertent issue of OCI card. Revoked and locked.
Top
Locked
2905 posts